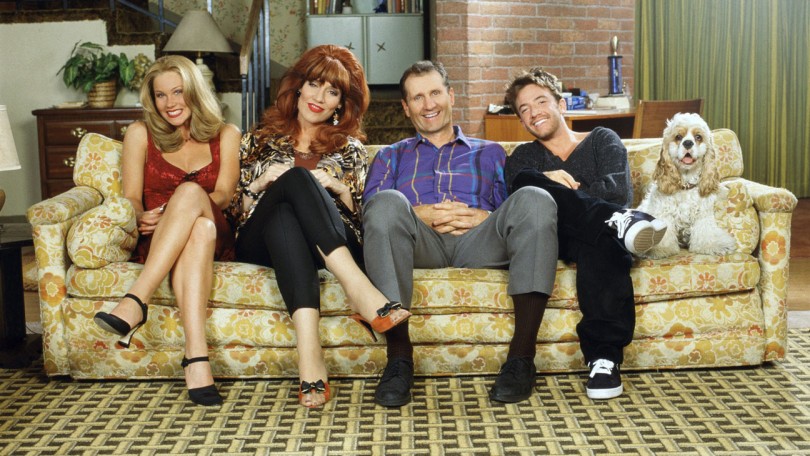 We all need a good laugh, and the best way to get it is by watching a sitcom. No matter what your taste in TV is, there are some sitcoms that are regarded as classics, and therefore, deserve some credit. Here are 10 of the best sitcoms of all time:

Seinfeld meets Zizek: The Sniffing Philosopher from Smetnjak on Vimeo.

Seinfeld’s story revolves around four single friends: Jerry Seinfeld, George Costanza, Elaine Benes and their neighbor, Cosmo Kramer. The show depicts some of the absurdities that come with living in New York City, mostly due to the antics coming from each character.

Leonard and Sheldon are best friends and roommates. They are also physicists at the California Institute of Technology, and are incredibly socially awkward. How lucky on their end, that the gorgeous waitress/aspiring actress Penny moves in next door to them. This show depicts how events unfold after this event.

This animated comedy has been around for years, and focuses on a fictional family in a town called Springfield, which is located in an unmentioned U.S. state. Homer, who is the main character, as well as the head of the family, is not your everyday family man.

Will Smith plays himself in this show, but a fictionalized version. The show’s popular theme song breaks down what plot consists of. The fictional version of Will’s mom sends him away from home, which is Philadelphia to live with his wealthy Uncle Phil and Aunt Vivian in Bel-Air, California.

Modern Family is told from the perspective of an documentary filmmaker who is never seen. This sitcom depicts an honest, but funny take on modern family life. The story is central to a couple, Phil and Claire, who want an honest and open relationship with their three children.

That 70’s show is set in the vibe of the 1970s. It is a retro-hip sitcom about an eclectic group of friends who are approaching adulthood. They live in the suburban Wisconsin, where they seek independence, and experience the growing pains of adulthood.

Two and a Half Men

Alan Harper, who is a chiropractor as well as single father, lives in a beachfront house with divorced Internet billionaire, Walden Schmidt. They both adjust to their new living arrangement, as Walden purchased Alan’s house, he finds himself having to take on a mentor role with Walden.

In The Office, there’s Jim, who is a likeable employee. Jim has a crush on the receptionist/sales rep, Pam. Don’t you love in-office flings? There’s also Dwight, who is his co-worker, but is socially awkward, despite his successes in other aspects of his life.

This sitcom focuses on the Bundys, a suburban Chicago family who constantly give each other grief. Al, the father, is a misogynistic shoe salesman, and his wife, Peggy, is a housewife who does absolutely nothing around the house. Their kids, Kelly and Bud, have a lot going for them, so the show depicts the dynamic between all of the family members.

Basil Fawlty is a crazy English hotel manager, who is bothered by “that annoying section of the general public who insist on staying at hotels.” Fawlty is always criticized by his wife, and their Spanish waiter, Manuel, is constantly in the way. Fawlty Towers tells the story of Basil’s experiences as a hotel manager.