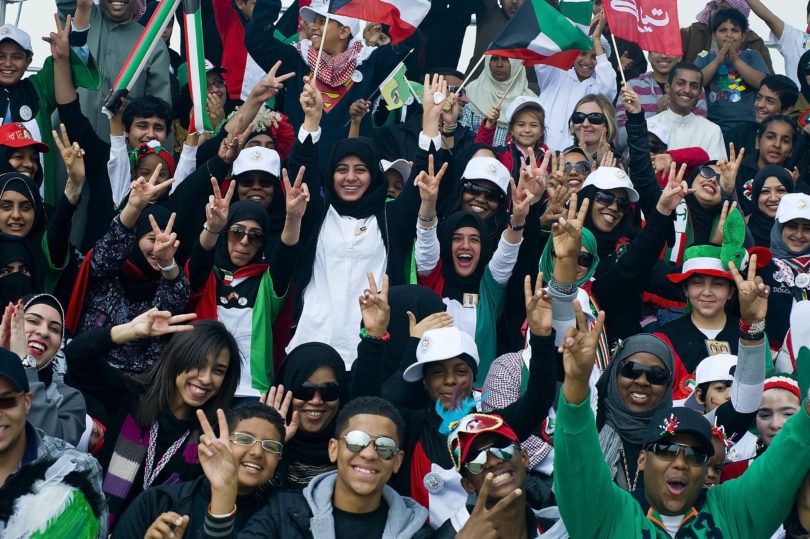 Oil is considered the world’s most precious source of energy, and oil production is the process of extracting crude oil on a daily basis through drilling.

Some countries are famous for having substantial reserves, although just because they’re oil rich, it doesn’t necessarily mean that its people are rich, too. Generally speaking, small countries that have low population levels are often made to look wealthy; sadly, at a closer look at the real income per capita, national poverty and unemployment will provide viewers with a clearer sense of whether or not their oil resources are transferred to its people. In an ideal society, rich oil countries must have rich residents, too. Reality is different though. Here are 10 of the world’s wealthiest oil countries.

Venezuela’s oil reserves are the largest in the world. As of January 2013, the country’s supply stood at 297.57 billion barrels, thus accounting for 1/5 of the world’s overall oil reserve. In 2012, Venezuela produced 2.8 million barrels/day using 149 active rigs. Most supplies are found in the Maracaibo Basin, which is a sedimentary basin located in the NW part of the country.

The main company that extracts and sells Venezuela’s oil is Petróleos de Venezuela, which separated the Orinoco belt into 4 production and exploitation zones – Carabobo, Boyaca, Ayacucho and Junin. Further split into 28 main blocks, the belt deals with numerous other foreign oil companies, too.

The Middle East is an oil kingdom that produces 13.3% of the world’s total oil supply, and the country’s reserves don’t seem to be ending any time soon.

According to official sources, Saudi Arabia still has about 263 billion barrels in its reserves, and it possesses the 2nd most substantial stock after Venezuela. Saudi Arabia is also an important oil explorer, not just a producer. Currently, its refinery has the 8th biggest capacity in the world. In 2012, the capacity was of 2.12 million barrels per day, thus the production accounted for 13% of the fabrication of crude oil worldwide, and 2.3% of the total refinery capacity worldwide.

As of 2013, Saudi Arabia has 7 refineries. Saudi Aramco is one of the most important and it accounts for 50% of the country’s capacity.

In second place, we have Ras Tanura, which has an outstanding capacity of 550,000 barrels/day, and it is 9th biggest refinery in the world; and on third place, with 400,000 barrels/day we have SATORP in Jubail, a joint venture between Saudi Aramco and Total.

Apart from being the world’s 2nd largest producer of oil, the United States is also an important consumer of this resource.

With an 11.94% share of the global production, the US prides itself with reserves that attain almost 21 billion barrels. As a matter of fact, government officials strongly believe that the country also has important recoverable assets that might account for 219 billion barrels.

Over the years, the United States has been an important market of investigation for non-conventional sources; apparently, recent breakthroughs of oil made of tar and shale sands means the nation might be sitting on 1.442 trillion barrels of oil.

Mother Russia holds 11.64% of the world’s production of oil. The country is additionally considered an important producer, and its proven reserves reach about 60 million barrels.

At some point they’ll have to start exploring Eastern Siberia, too. Estimates indicate that the area has 4.7 billion barrels that can be drilled. Since the tip of Russia is really close to the Arctic, the country is projected to yield approximately 100 billion tons of oil and gas. Russia’s refinery capacity in 2012 was 5.75 million barrels/day, thus accounting for 6.2% of the total daily capacity worldwide; the nation is 2nd largest producing countries in the world’ after Saudi Arabia with 10.04 million barrels/day of crude oil in 2012.

As for Russia’s main refinery, its name is Rosneft, a state-owned company. In 2012, the country had 40 oil refineries, 7 of them were operated by Rosneft, including the biggest in whole Russia, Angarsk (Eastern Siberia) which has a capacity of 390,000 barrels/day.

Until 1950, China was actually importing most of its oil. Fortunately, they made some massive discoveries and found huge reserves up north.

China’s two main oil companies are CNPC/PetroChina and Sinopec. The latter one has a capacity of refining 5 million barrels/day, and it accounts for 45% of the country’s capacity.

As for CNPC/PetroChina, the company accounts for 31% of China’s refinery capabilities.

The country has 34 fields that produce oil, and 22 of those fields account for over 70% of Iran’s reserves. The Marun field alone has 22 billion barrels, while Ahwaz prides itself with 18 billion barrels of crude oil.

Over 80% of onshore reserves are stuck in Iran’s southwestern border, in the Khuzestan Basin. North and South Azadegan fields are set for completion in 2020, and they contain a staggering amount of 26 billion barrels of oil.

As for main offshore fields in Iran, these are: Balal, Bahrenansar, Hengam, Alvand and Reshadat.

Canada holds 4.4% of the production of oil on a global scale. The percentage has started to grow over the past few years, mainly because of the country’s unconventional ways of yielding productivity.

Advanced technology is changing the way oil is produced in Canada; as soon as it becomes economically viable, the country may occupy a 3rd place, after Saudi Arabia and Venezuela. Its reserves are about 180 billion barrels. In 2012, Canada’s refinery capacity was 2.06 million barrels/day, thus making it the 10th largest refiner worldwide.

As for its overall capacity per day, Canada’s accounts for 2.2%. With 17 operational refineries, the country is the 6th largest producer of oil in the world.

The largest refinery in the country is Imperial Oil, followed by Valero, Irving Oil, Suncor, Shell and others.

The Emirates produces 3.6% of the world’s total oil supply. Their reserves are about 98 billion barrels, and most of them are located in Abu Dhabi (92 billion).

Dubai only has 4 billion barrels, while Sharjah has about 1.5 billion. The UAE’s main oil deposit is positioned offshore, and it is called Zakum. It is the largest reserve in the Middle East operated by ZADCO, and it contains 21 billion barrels of oil.

Kuwait’s proven oil reserves make the country the 6th most influential refiner in the world. With an estimated number of 101.5 billion reserve barrels in 2012, Kuwait used 48 active rigs to produce in 2012 almost 3 million barrels of crude oil.

Most of the country’s territorial reserves are centered in a couple of major oil fields; the Greater Burgan field (that includes Burgan, Ahmadi and Magwa) is the largest and most important in Kuwait. Additional notable fields are: al-Ratqa, Raudhatain and Sabriya, which are all positioned in Northern Kuwait.

Southern Kuwait’s most important oil fields are: Minagish, Umm Gudair and Abduliyah. As for the companies that explore and produce the supplies, we should mention Kuwait Petroleum Corporation and Supreme Petroleum Council.

Positioned in Africa, on the Gulf of Guinea, Nigeria holds the 10th most significant reserve of oil in the world. As of December 2012, Nigeria’s oil stock was estimated at 37.14 billion barrels.

On a daily basis, the country produces 1.9 million barrels of crude oil using 44 active rigs. Most of its reserves are centered offshore the Gulf of Guinea, Bight of Benin and Bight of Bonny, as well as along the Niger River Delta. Main onshore oil field is Gbaran Ubie, and as for deep water and main offshore fields, we should include: Agbami, Bonga, and Ebok.

The country’s most important company that manages the production is NNPC (Nigerian National Petroleum Company), which collaborates with many foreign ventures, too, such as Total, ExxonMobil, Addax Petrolium, Chevron, Petrobas, Statoil, and ConocoPhillips.

The countries we mentioned above are without a doubt rich in oil supplies. However, this doesn’t necessarily mean they have the steadiest economy, on the contrary; some of the countries we just mentioned are going through some really tough times, such as Venezuela for example, which is the wealthiest in oil but has one of the most unstable financial systems in the world.