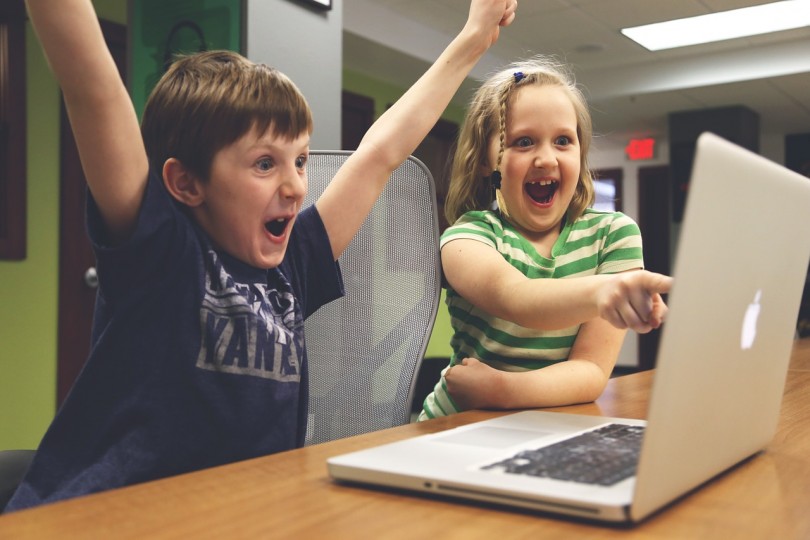 If you are reading this and you cannot relate to any of the things people did before the internet, then you were probably born less than 20years ago. It’s a sad case for many people who haven’t had the chance to experience life without the powerful ways of the internet. Also for us older generations we have forgotten what it was like to have fun without technology.

Believe it or not, there was a time when you could have fun without putting a status on Facebook, posting a picture to Instagram or tweeting about it to strangers. This list of nostalgic activities we used to do might inspire you to drop the phone and start living. Well at least for an hour.

This classic children’s game has been slowly phased out by the rise of the internet. You don’t have to take my word for it that it is a lot of fun, just ask anyone over the age of 25.

The main aim of hide and seek is pretty clear, someone hides and another seeks. It sounds simple compared to the complex internet games we have today, but sometimes simplicity is so much better for the soul – don’t you think?

If you feel you are too old to play this game, just borrow a friend’s child and explain to them the rules. Hours of fun awaits you.

One of the classics, treasure hunting, has now turned from the fabulous outside adventure game to some digital internet saga that will take you weeks to complete. If you don’t know how real treasure hunts go, it starts with a treasure map and clues. You have to figure the rest out.

The best part about real life treasure hunts is that you actually get a reward at the end! Yes, this could be as simple as chocolate or sweets, but isn’t that much better than a picture on the screen saying well done you did it?

You can do it too! Just get a friend that is also nostalgic like you are and make up your treasure hunt. There are even companies that you can hire to create one for you at a special occasion.

One of the age old fun pastimes was to lie back on some green grass and look up at the sky, guessing what you can see in the clouds. It might not sound as exciting as the last computer game you played, but this relaxing activity can really bring you back in touch with nature.

A lot of couples used to do cloud watching on dates as a way to get close to their love interest. Before the internet, people spent much more time outdoors and could appreciate the niceness of seeing a rabbit or dragon in the clouds.

Now if you were to go out and cloud watch you will probably end up the brunt of a joke on a viral video on the internet.

As kids you might remember the excitement of going outside to gather wood and setting up a bonfire to sit by whilst you star gaze. The only fires people tend to light these days are virtual ones that even have the crackle noise effects.

Life before the internet was a lot more carefree and people enjoyed being outside at night. The fun part of making fires was that you could stay out, even if it was cold. Now people restrict themselves to indoor activities and have lost touch with basic outdoor skills.

Just to encourage you to go and try it, think about roasted marshmallows that melt in your mouth. If that doesn’t do it, then I don’t know what will.

There was nothing more fun on a family holiday than the I Spy… game in the car on the way there. Now most people just have their phones to keep them occupied in long car journeys, but before internet we had to rely on things outside of the car window.

This is probably the most flexible game to play as you don’t need any props for it. All you need is your eyes and imagination (and a partner of course) and you can get started. The more imaginative you are the better, this kind of game will get your creative juices flowing and bring you out of internet zombie mode.

Next time you take a long car journey why don’t you agree with your partner to switch off all phones and devices and try this game out? You might actually like it.

Go To a Games Arcade

Before we had online games where you could play with your friends without even having to see them, there was a time when you actually went out to socialize. Going to arcades was a fun activity to do with friends and it got you out of the house and talking to people.

Granted, the games you play at arcades were computer games, but at least you had social interaction rather than typing to people through a screen. Best part of arcades was that they always had a variety of games to play that didn’t involve computers.

For example, do you remember those dancing mats where you had to step on the correct arrows? Or the air hockey tables that you spent hours competing with your friends on?

People Actually Went to the Cinema

It wasn’t that long ago that people used to make regular trips to the cinema to catch the latest flick. You might still remember the popcorn smell and the furry squashy seats.

Unfortunately, the internet has taken away all of our fun as now people can watch everything from the comfort of their own homes. Movie channels and film subscriptions keep us from going out and getting the real big screen experience. This sad fact has reduced revenue for the film industry and taken away the fun of going to the cinema. I mean, no one wants to pay those high prices when they can watch it at home.

Lucky for us, cinemas are still going strong. Make an effort to go every once in a while to see a film, getting out of the house for a romantic date might do a lot of good for your relationship.

Children Played Sports (and were healthier)

You probably already heard about this, but before the internet children were actually encouraged to go out and play sports with their friends. Not only was this good for developing social skills, it also kept them physically active and healthy.

This doesn’t just refer to children. Many adults also used to be involved in community sports groups that kept them active. The internet has brought to us football games that make us think that we are being active but actually we are just sitting on the sofa moving our thumbs. OK the internet has tried to help us out by offering us games that make us more active in the home.

Also the access to information provided by the internet has helped us set up our own home yoga lessons and more. So it’s not all bad.

Board Games Were Cool

When was the last time you played Scrabble or Twister? You probably can’t remember. For hundreds of years board games kept people entertained until the early hours of the morning, but since the internet hit people are starting to forget how to play even the simplest of games.

If you think board games were just for entertainment purposes, then think again. Many games taught people other analytical skills that would be useful in other circumstances. Games such as chess and scrabble really helped raise levels of intelligence. There are online versions, but nothing beats actually facing your opponent.

It is definitely no fun hiding behind a computer screen, especially if you are competitive person. Next time you are bored and unsure what to do, dust off a board game and learn something new.

People Went Out To Watch Shows

Whether you love theatre or the music scene, before internet you would have found yourself planning to do something every weekend. These days, you end up planning what latest TV series you need to catch up on.

The internet has made the world smaller, and we have more access to information than ever before. But we are deprived of actual cultural experiences- it’s so much easier to watch it online. With even better public transport these days you shouldn’t have an excuse not to go out and enjoy a good show and a drink afterwards.

This is even more important activity to do if you are in a relationship. Make sure you keep the spark alive by filling your time with exciting and fun things to do outside of the house.