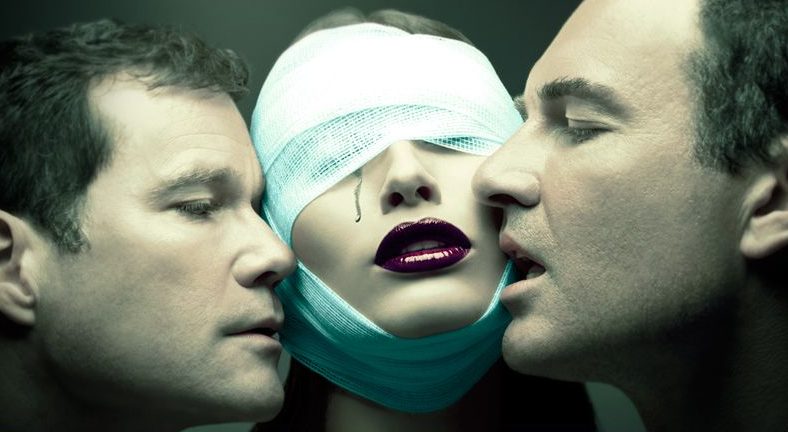 Not everyone has the time to watch TV all the time, but on the off-chance that you do, there are a few shows you definitely need to add to your list.

I’m going down to South Park, gonna have myself a time! This animated adult series covers all of the issues in our society. It’s known to be pretty vulgar, but hey, it speaks the truth in a way people will accept.

You’ve never seen Mila Kunis this cool in a TV series. That’s because she’s animated as Meg Griffin, one of the children of Peter and Lois Griffin, in a show that also depicts some of the crazy in our day and age with some suggestive jokes and humor.

I can’t think of anything more intriguing than the story of a single window who sells pot. I mean, really, not a lot can beat that. Follow Nancy Botwin in her adventures of grass sales and mischief, throughout all of the seasons of this awesome series.

I have to be honest, Julian McMahon looks really sexy in this series. Follow the lives of two plastic surgeons. Each have their own troubles, and the show reveals aspects of human nature that are far from perfect.

If you want controversy, passion, and violence- this is your show. Game of Thrones depicts the battle between two families in the middle ages, in the form of a deadly game. This game gives them control over an area called Seven Kingdoms of Westeros.

Orange is the New Black

Never drop the soap in prison…unless you’re at a women’s prison. In Orange is the New Black, we shadow the main character, Piper’s life as it unravels after going to prison for being an accomplice for a crime that was committed ten years earlier.

When you watch this show, be prepare to be deeply disturbed. Black Mirror is a phenomenal take on what is wrong with our society, and how technology has the ability to do a lot of damage to us as humans.

How I Met Your Mother

Alyson Hannigan appears in more than just the American Pie movies. She’s great in this show about Ted, who falls in love. The entire show is based simply on that event of Ted falling in love and how it all happened.

“House of Cards” isn’t just a Radiohead song, it’s a super enticing TV show, as well. Kevin Spacey will challenge you with his character, and in this series, his character, a congressman works with his wife to take revenge on people who betrayed him.

Amy Poehler will make you laugh your butt off in this series. The absurdities of a town in Indiana shows the town’s public officials with their antics as they pursue miscellaneous projects to make their city more livable.

There has to be something exceptionally interesting about “special victims unit (SVU)”, right? This series of Law and Order features Detectives who are in NYPD’s Special Victims Unit investigate crimes against vulnerable people.

Wait, another TV show about drugs? Not quite. A high school chemistry teacher hits rock bottom, and feels as though his life can’t get worse. Then, he finds out he has terminal cancer, and decides to begin making money by creating a meth lab on wheels.