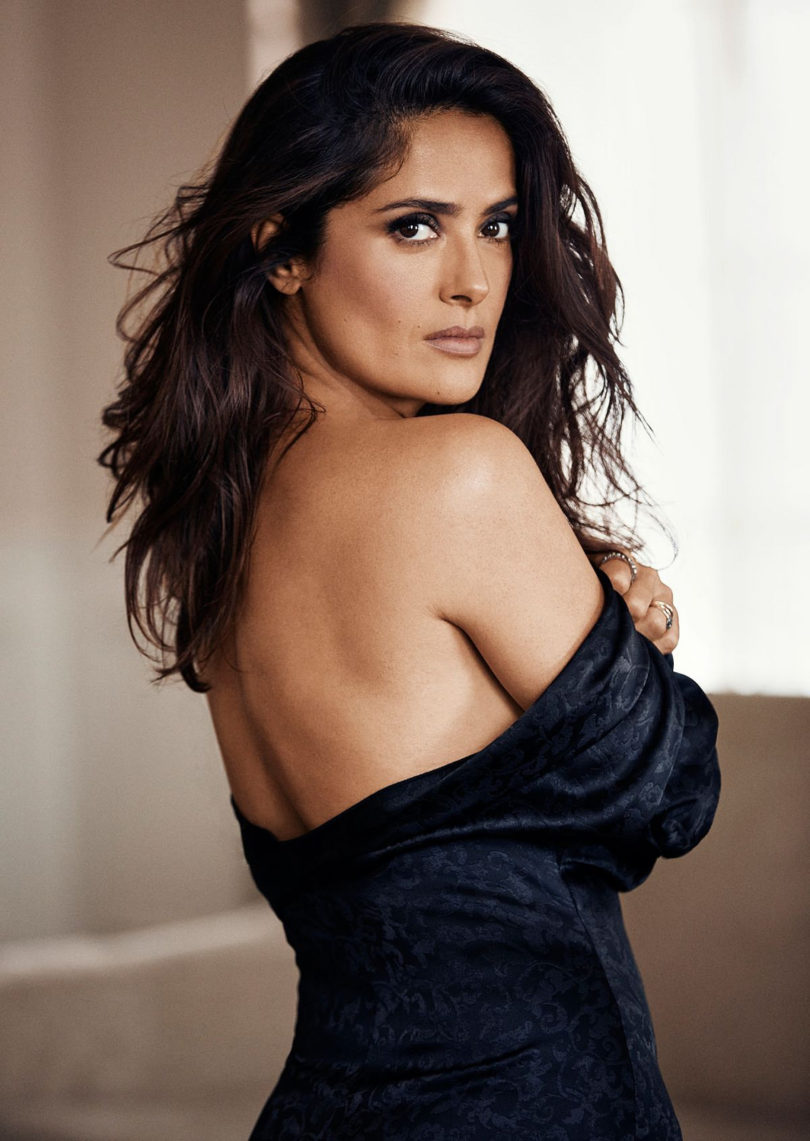 The world is a big, beautiful, and very diverse place. The people in our media come from all over, and often times, we have no idea of it. In case you weren’t aware of it before, here are 8 celebrities of middle eastern descent:

Salma Hayek was born in Veracruz, Mexico, but her father is Lebanese. Originally, her paternal grandfather was from the village of Baabdat, Lebanon. Salma and her father went to visit the village in 2015 to get in touch with their middle eastern roots, and actually, Salma’s name means “safe” in Arabic.

The CEO of Apple’s biological father was Abdul Fattah Jandali, a Syrian immigrant from the city of Homs, which is now being affected by the Syrian war. During his time studying in Wisconsin, Jandali met and dated a German-Swiss Catholic woman named Joanne Carol Schieble, who soon became pregnant with his child- Steve. Her super Conservative Catholic father refused to allow her to marry Jandali, simply because he was Muslim, hence Steve Jobs’ becoming adopted.

Born Chaiim Witz, the lead singer of Kiss, known as Gene Simmons, was born in Haifa, Israel, at Rambam Hospital. His mother was a holocaust survivor, and he was raised in New York City from the age of 8, constantly playing guitar, while being raised in a Jewish home.

Shakira Isabel Mebarak Ripoll was born in Colombia, but her father, William Mebarak Chadid, is actually Lebanese. When she was just four years old, she was at the local middle eastern restaurant with her father when she discovered the sound of the doumbek, inspiring her to not only perform, but to also learn belly dancing, making her closer to her roots.

Comedian Vince Vaughn is best known for his roles in a variety of comedies, such as Dodgeball, and Starsky and Hutch. While his background is quite diverse, complete with bloodlines tracing back to England, Germany, Ireland, and Scotland, his paternal grandmother was Lebanese.

Jerry Seinfeld was born in New York, but his mother is actually a child of Jewish Syrian immigrants. His mother’s parents, Selim and Salha Hosni were from Aleppo, Syria. Also, at the age of 16, Seinfeld volunteered at Kibbutz Sa’ar in Israel.

Zoe Saldana is a proudly black Latina actress hailing from Dominica, and is best known for her roles in Avatar, as well as the new Uhura in the Star Trek franchise. In a recent TV interview promoting Star Trek Into Darkness, Saldana confirmed on MBC that she is also part Lebanese, and proud of it, and is also quite fond of Lebanese cuisine.

Paula Abdul is best known for being a judge on American Idol. What you probably didn’t know about her, is that her father is a Syrian Jew from the Jewish community in Aleppo, Syria. He was raised in Brazil before moving to the United States, but his ancestry sure makes Paula all the more enticing.