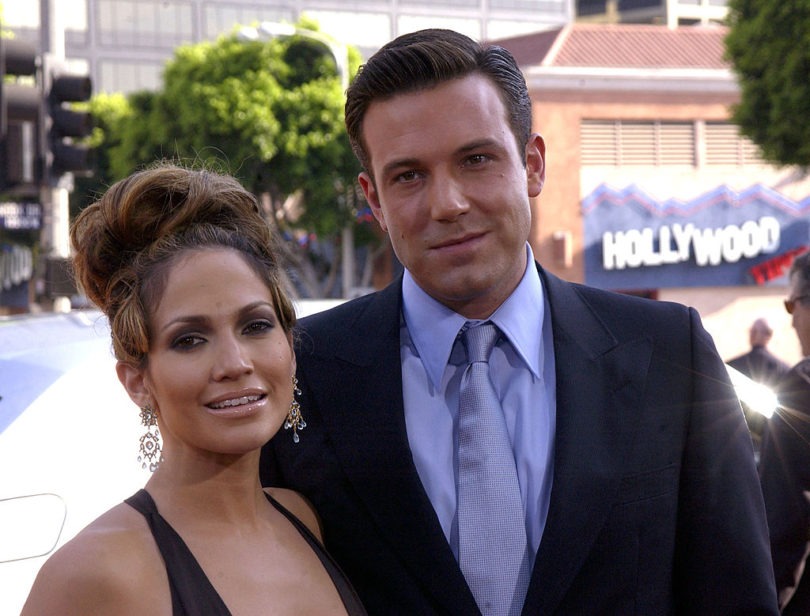 Bennifer was the talk of the town in the early 2000s. Back then, they were a power couple loved by fans. That is why their breakup came as a blow.

However, once again, Jennifer Lopez (JLo) and Ben Affleck, the former Batman star, make their way into the headlines. They have rekindled their romance.

So, since Bennifer is back, let’s take a stroll down memory lane. Here is everything there is to know about their past and present.

Both the rising stars met in 2001 on the set of the movie Gigli. It was a rom-com that was released in 2001. The film failed at the box office, but sparks flew between Ben and Jennifer.

At the time, JLo was married to Criss Judd, who was her second husband. Few months after the divorce, Bennifer went public with their relationship.

In November 2002, Jennifer broke the news of her engagement with Affleck in an interview. There, she flaunted her 6.1-carat pink diamond ring, which reportedly was worth $2.5 million.

In September 2003, the couple postponed their wedding a few days before the event. They said that the excessive media coverage was the reason for their decision.

In January 2004, the couple decided to go separate ways. JLo’s spokesperson confirmed this news at that time.

In April 2021, Ben and Jennifer were reported seeing each other again after splitting from their recent beaus. The report came as the actor was captured visiting JLo’s residence multiple times.

On 23rd May, Ben Affleck was spotted in Miami smoking at a waterfront mansion. Earlier, JLo was captured at the same place too. However, the most interesting thing about the capture was the watch that Ben wore.

It was a silver watch that he had donned in 2002 in a music video with JLo. This was one of the many signals that the couple was back together.

On 24th July, Jennifer celebrated her birthday on a yacht with Ben. Later that day, she posted a couple of photos on Instagram. One of them was of her kiss with Affleck, which confirmed all the rumors.

The day after, a picture of the couple was also taken on the yacht. Surprisingly, the moment was well-captured and indirectly recreated a scene from the couple’s 2002 music video.

This is the latest appearance of JLo in public. After her birthday celebrations, she was captured in Monaco wearing a sparkling gold chain. The necklace had the letters BEN.

However, this isn’t the first time she has shown her love through jewelry. In 2019, she wore earrings bearing the name of her then-boyfriend too.

This time around, Bennifer seems more committed to each other and is hopeful of their relationship. Although fans have mixed views about their romance, we wish them a joyful future.