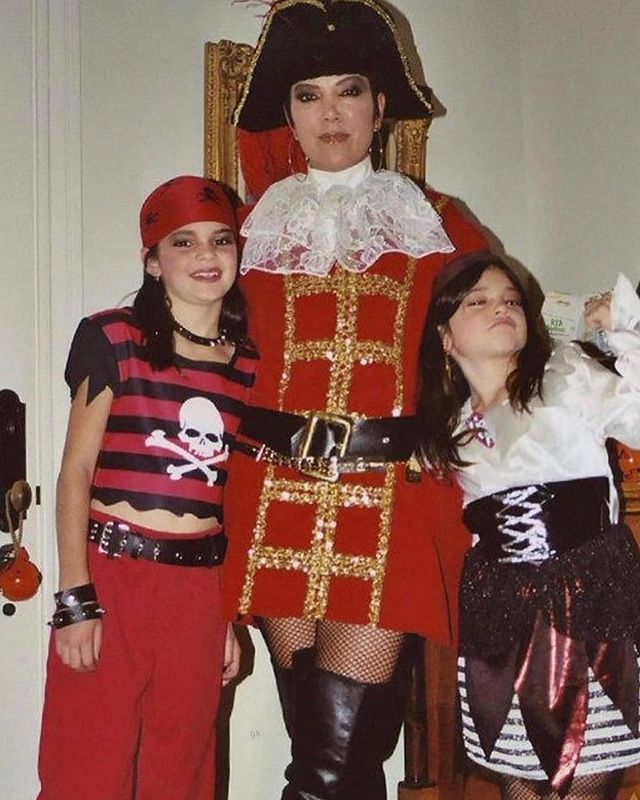 Business mogul and social media celebrity Kylie Jenner kept her fans guessing for over a month on her Halloween look before putting up a gem of a photograph on Friday. Ever since she let her two-year-old daughter in on a little secret on a show, fans have been curiously waiting to see Kylie’s get up.

If her words are any indication, Kylie donned a Minion-themed family costume with her daughter Stormi Webster, and Stormi’s father, Travis Scott for the occasion. Stormi was, according to this plan, dress as a purple Minion while the adults would turn up as yellow Minions. The image this conjures is surely a cute one but this is not what sent Kylie’s Instagram update viral on Friday.

On Halloween night, the internet was abuzz with several photographs shared by celebrities showcasing their Trick-o-Treating personas. Kylie Jenner had the virtual world’s attention with Kendall and her choice of costumes this year.

On Friday evening, Jenner uploaded two photographs, on her Instagram account. Both feature her alongside her sister Kendall Jenner. The first one features the duo in their early teens. The girls had clearly decided to spend Halloween as Go-go dancers that year. The sisters are dressed in shiny bright clothing complete with floral and sequin embellishments.

Kylie, in this photograph, is seen wearing a sheer powder blue noodle strap top with a pair of embellished flared trousers. Both have a bit of floral embroidery on them. By her side is a gawky Kendall wearing a similar shimmery white top with a sequined neckline. She is wearing a silver mini skirt embellished with a sequin fringe. She has on thigh-high lace-up white go-go boots. Both girls have on shiny nylon bob wigs with bangs. Kylie’s wig is strawberry pink while Kendall’s is platinum blonde. The sisters stare with awkward artificial smiles into the camera.

Alongside this photograph, Kylie put up what the Jenner girls wore for this Halloween. Recreating their childhood costumes as well as expressions, the sisters dressed up as Go-go girls again. They tried to keep the same color palette, hairdo, and even footwear. Kylie however replaced her trousers with a mini skirt of the same powder blue hue. She wore powder blue frill leg warmers to bring the same look to her overall get up.  Captioned “Mood tonight”, the sisters look way more at ease and far more sexy in this new adult version of their gawky past selves.

The uploads come a day after Kylie creates another throwback costume from the 90s. Dressing up as the Red Ranger from the Power Rangers, this throwback is part of a group costume that Kylie put on with her friends. On Thursday, Kylie had put up a video clip of herself in leggings and a figure-hugging crop top with the caption “Go go power rangers,” In this video, Kylie is also seen wearing a red waist-length wig and simmering sunglasses to complete her look.

As for the Minion family photos, fans are still waiting for her uploads.