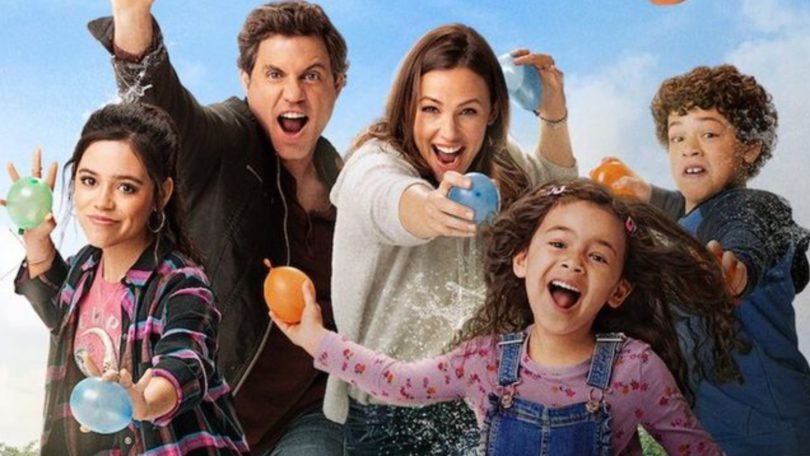 Reflecting on her latest role in her newest movie, Yes Day, Jennifer Garner relates her role in the movie as a mom who always says no to her real-life parenting skills. With one child already in her teen years and turning 16 at the end of the year, one turning into a teen this year, and a 9-year-old son, Jennifer herself is holding onto her 40s and not wanting to say goodbye to her or her children’s youth anytime soon. But, she knows it’s coming.

Jennifer Garner is a well-known actress who got her start with the role of CIA officer Sydney Bristow in the TV series, Alias, and is perhaps best known for her life off camera as Ben Affleck’s ex-wife. The two divorced in 2018 but still parent three children together. They share 15-year-old Violet, 12-year-old Seraphina Rose Elizabeth, and 9-year-old son Samuel Garner Affleck.

Jennifer’s latest movie is called Yes Day. It was released on March 12, 2021. In the center of the plot is a family in which parents, as a rule, forbid their children everything they ask for. But one day they decide to always answer their children “Yes” to all their requests. From this moment the fun begins. Garner plays the role of the no-saying mom turned yes-mom and co-stars with Edgar Ramirez as her husband, Allison and Carlos Torres. Their children include Katie, Nando, and Ellie played by Jenna Ortega, Julian Lerner, and Everly Carganilla.

In real life, Jennifer admits that she is much like the “never-say-yes mom” in the movie. She says that her children enjoy making fun of her, and it is painful at times. She admits that her own children call her the “dragon” and the “fun killer” just like they do in her latest movie. Her own daughter once wrote her a note that said, “When i grow up, i want to be as fun-killing mom as you”. In regard to her oldest daughter, she confessed that “The heartbreak is just that she’s growing up at all.” Though, she realizes that there comes a time in every mother’s life when there needs to be a sort of severing of the baby-mama tie even though it is hard.

Jennifer Garner expressed that when she was growing up, her mom made all of the food she ate and was extremely frugal. She would have killed to have a Pop Tart or Little Debbie. So, with her own children, she takes a more relaxed approach. Though, she did try to walk in the same shoes as her own mother with attempts at cooking with such things as home-made wheat thins which were met with lack of enthusiasm by her children.

In her latest movie, the teenage daughter character is played by Jenna Ortega. The role called for a snarky, really kind of nasty and trouble making character. She went on to explain that when the time comes to sever that baby-mama tie, it’s even more difficult when the child is lovely.