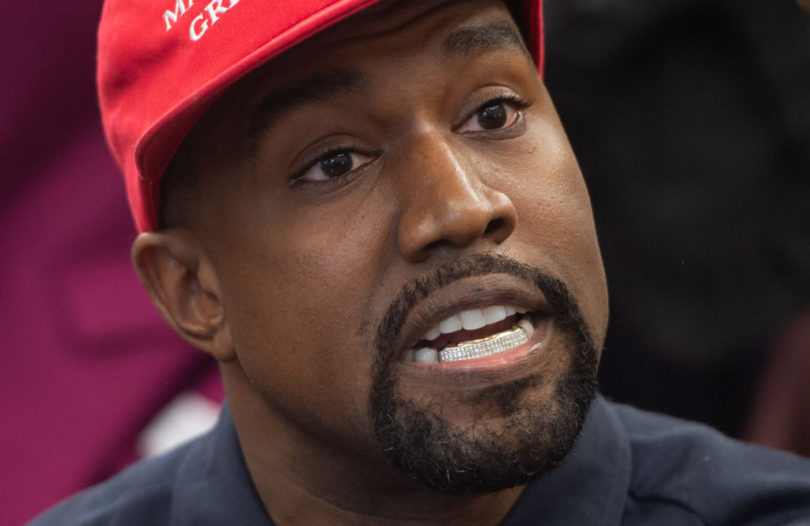 Once again, Kanye West has used his Instagram account to level many charges against Gap, a business with which his Yeezy line has partnered.

As usual, Kanye West has questions. Yeezy Gap, powered by Balenciaga, was the subject of a lawsuit filed by the rapper, who claimed that Gap had stolen ideas from his line.

Kanye West posted a screenshot of a discussion with a buddy on a social media platform on August 31 to vent his frustration. A mutual friend of West emailed him a link to a dark blue Gap T-shirt. The unnamed person stated, “This is Gap copying — YGEEB,” referring to the design’s prominent Gap logo on the front bodice. The musician said, “Exactly,” indicating his agreement.

West then posted a video in which he seems to address what appear to be employees of the Gap brand. This is not an attempt at celebrity endorsement. There is no teamwork going on here. “This is my life’s work,” West said in the video.

So he asked, “Is it okay if I forward this text messaging to someone else?” West also captioned the image, “Yet, the picture shoot with my children in Japan was unexpectedly canceled.” Yet, Gap has made no statement in response to West’s allegations.

The eight-piece Yeezy Gap line was a collaboration between the “Graduation” musician and Demna, the creative director of Balenciaga and a close friend. Two installments, introduced at the end of February and two months later in May, rounded the line.

The assortment features denim, sweatpants, joggers, hoodies, and long-sleeved shirts. The collection comes in a wide variety of colors.

A press statement claims that the partners’ “common vision of utilitarian design” informed the creation of each item. In addition, they hoped to “honor Gap’s classic American iconography reimagined in the wash, color, and silhouette.”

West’s dispute with Gap follows his previous rebuttal to those who criticized him for making a profit off of selling Yeezy Gap merchandise out of garbage bags.

During an appearance on Fox & Friends on August 18, the hip-hop star remarked, “As a creative thinker, it is not my place to take a bow for my innovations.” The media actively pursues such ends. Shame us if we have a thought that doesn’t fit their narrowly defined category of acceptable thought.

“This is serious, OK?” He emphasized that the project was neither a game nor a simple celebrity team-up. That’s all; that’s my life right here. I want to be in a position where I can influence the public’s wardrobe and provide them with the most cutting-edge fashion.

Days before, a client had posted images on social media showing piles of items crammed into giant trash cans at a Gap storefront, and West had gotten into trouble with followers.

The person on social media said that a sales assistant had claimed that Ye had been enraged upon discovering that the merchandise had been displayed on hangers rather than on the floor. They also won’t assist you in finding your size; instead, you’ll have to rummage around for it yourself.