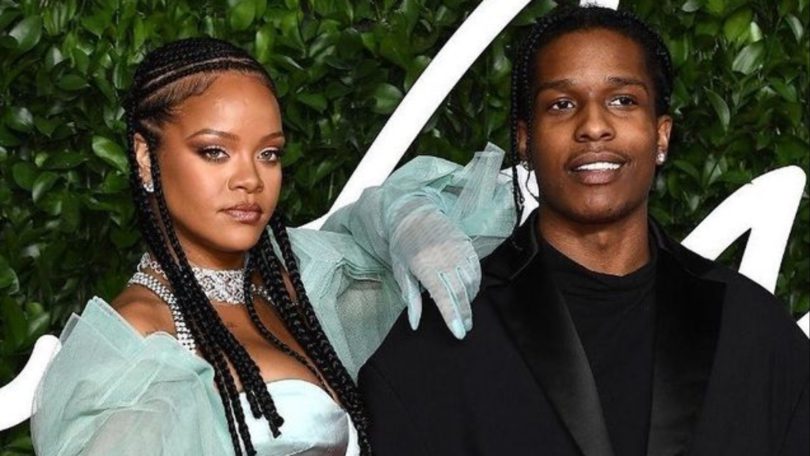 The lives of celebrities are in full swing. No sooner has news of the next stellar parting appeared in the press than the details of a new love story of one or another celebrity immediately surface. Although the quarantine continues, several new couples have already formed. We are bringing you up to date now about those who recently revealed their relationship.

Rumors that Rihanna and A$AP Rocky are dating have been circulating for a long time, but now they have flared up with unprecedented force. The “fire” in the media happened because of the publication of SixPage: the magazine reported that 32-year-old artists were spotted at the Beatrice restaurant in New York and behaved like a proper couple. Now the authoritative source People took the floor: Rihanna and A$AP Rocky have an affair.

In January, Rihanna broke off relations with Saudi billionaire Hassan Jameel, a member of one of the richest families in the world. A$AP Rocky dated model Kendall Jenner in 2017. This year, Rihanna and A$AP Rocky got closer — they even starred together in an ad campaign for Fenty Skin. The paparazzi photographed them together in Rihanna’s homeland, Barbados. In the pictures, they hugged and laughed.

30-year-old Colson Baker, known as Machine Gun Kelly, has repeatedly admitted that 34-year-old Megan Fox changed his life. Coulson not only finally learned what genuine love is with Megan, but could also get rid of his addiction to drugs. The rapper spoke about this in an interview with his friend Dave Franco on the pages of The Interview. According to the rapper, Megan did a lot to help him get rid of an addiction, and now he does not use drugs for her. They are even engaged now and are going to form a new family.

Over the past year, the Internet has been buzzing with news that Ariana Grande has found a new boyfriend: the singer’s chosen one is real estate agent Dalton Gomez. More recently, the girl announced her engagement. Of course, many of Ariana’s fans gladly accepted this news, but among her followers, some felt that the relationship between the singer and her fiancé was developing too quickly. Gomez and Grande passed the crucial test — torture with a lockdown. The couple moved to Ariana’s country house in Los Angeles during the pandemic.

The couple first officially opened up about their romance on Valentine’s Day. The first photo together, in which they cuddled while lying on the bar, appeared on Kendall’s account on February 14th. Later, the basketball player supported his beloved, sharing a video in Stories in which she plays with his dog.

Kendall has always hidden the details of her personal life. At different times, she was credited with romances with Harry Styles, A$AP Rocky, basketball players Jordan Clarkson, Blake Griffin and Ben Simmons. And Devin was dating Jordin Woods a few years ago, the best friend of Kylie Jenner.

Actress Shailene Woodley seems to have found a new love — according to the source E! News, the 29-year-old actress is dating 37-year-old American football player Aaron Rogers, who is the NFL quarterback for the Green Bay Packers. They kept everything a secret. “Aaron was very focused on the sporting season, but they saw each other and kept in touch. Both are focused on their careers, but they also make time for each other,” — said the insider.

The 19-year-old model has become more secretive about her personal life after breaking up with actor Pete Davidson. But the press knew very little about her affair with the 23-year-old actor and star of the series “Euphoria,” Jacob Elordi. A few months later, the daughter of Cindy Crawford shared a joint photo of her lover on her Instagram. She posted a photo with Jacob on the beach in her story and signed it with a heart. She later posted a photo of Jacob, calling him her Valentine with a bouquet of roses, and signed: ”Lucky woman”. According to anonymous sources, the couple now lives together in Jacob’s parental home in Malibu. “They constantly spend time on the beach, go hiking, meet mutual friends”, — insider says — “Jacob knows how to make Kaia laugh, and her family adores him.”