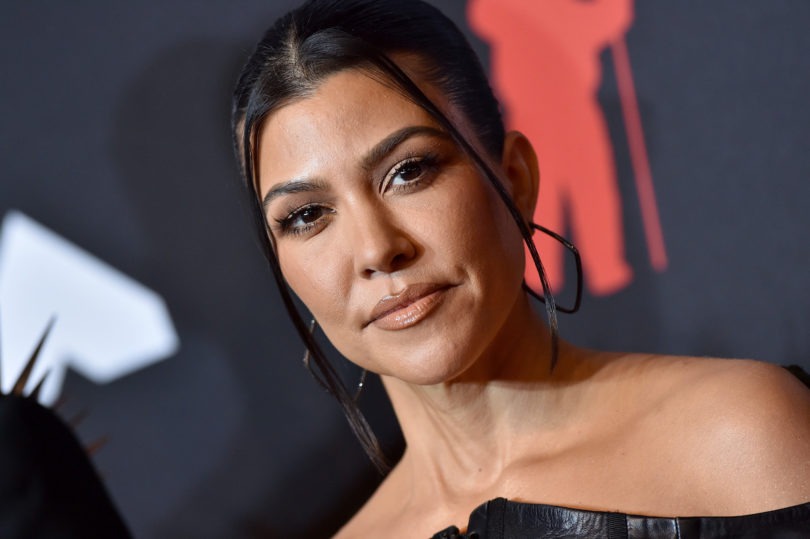 Kourtney Kardashian has shut down pregnancy speculation for the umpteenth time. The 42-year-old mother of three took to her app and website on Friday to finally address the rumors head-on.

Reality TV star Kourtney Kardashian shut down an Instagram troll who commented on some photos of the 42-year-old in a jacuzzi on Tuesday, November 30. The star’s fans quickly rallied to her defense, firing off their own comments of support.

Kardashian’s fans didn’t realize the person they were calling out was a troll and not really a hater.

The reality TV star barked back at the hate, saying, ‘Are We Really Gonna Do This.’

Kourtney is having a hard time coping with the pregnancy rumors. In the past, she has shut down the discussion by talking to her app and website to confirm or deny, but on finally, she finally voiced her opinion on the ongoing pregnancy speculation.

Kourtney has said that this is how her body is. She’s a forty-something mother who has a different body from the bodies of 20 and 30-year-olds. So understandably, she would be frustrated to see, after decades of maintaining a certain weight, all of a sudden she’s being put up on as if she is pregnant.

It’s also understandable that she would be annoyed to see people in her comments speculating about her body and how she looks.

Pregnancy rumors for several years have hounded Kourtney. She has consistently shut them down with her own confirmation or denial. But as the years go on, it seems that the trolls are getting bolder and bolder with their comments.

And Kourtney has been ready to tell them where to go with that.

The latest rumor claims that Kourtney is pregnant with her new boyfriend, Travis Barker.

She’s repeated time and time that it’s just not true.

Of course, that doesn’t stop commenters from calling her fat.

And so Kourtney has to keep telling them all off.

We do not doubt that Kourtney will continue to do this until the day comes when she is ready to ignore all of these trolls and focus on her life, her family, and her new boyfriend.

But in the meantime, she will not tolerate this kind of behavior anymore.

She has so much on her plate already – she doesn’t need to deal with online bullying as well.

And it’s not like she hasn’t been dealing with it.

The comments have been coming at her hard and strong for years. She has repeatedly found herself responding to the trolls who have commented on her weight and appearance.

And this is going to be a coming trend for Kourtney until she finds a way to shut down the comments completely.

We have to give Kourtney credit for taking this on. She’s been through so much turmoil in her life. Yet, she never stops fighting no matter how hard the trolls try to make it difficult for her.

And we’re proud of her for standing up and saying that she won’t stand for this kind of behavior anymore.