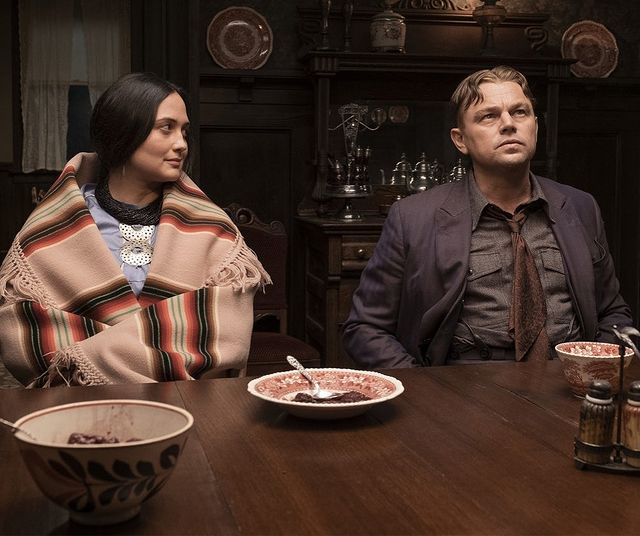 Killers of the Flower Moon is ready to release this year, showcasing some of our favorite actors of all time, including Lily Gladstone and Leonardo DiCaprio. Along with this, you will find that DiCaprio is working with Martin Scorsese after a while. The pair is known to have worked together on the Wolf of Wall Street before this in 2013.

What Is The Killers Of The Flower Moon About?

When it comes to the movie, the Apple original movie is an adaptation of David Grann’s non-fictional novel. The scene is set for 1920s in Oklahoma, which showcases serial murdered of a prominent nation. Along with this, there are multiple crimes that are seen to go underway during this time. The accompanied crimes is also referred to as the Reign of Terror. In the move, DiCaprio stars as Ernest and Gladstone takes on the role of his wife, Mollie. The two are sure to bring about a thrilling performance once the movie is released for the public.

Others in the movie include the famous Robert De Niro, who plays the powerful local rancher. He is also the uncle of Ernest, the character than DiCaprio takes on. The cast is surely to be quite amazing as they show promise. More than that, we are all aware of how great DiCaprio is at every character he portrays.

Other Aspects Of The Movie

If the presence of DiCaprio in the movie wasn’t enough, you will find that there is another quite exceptional actor in the cast. Jesse Plemons, the Irishman actor is going to be a part of the FBI group that investigates the murders in the movie. He takes on the character name Tom White and is seen to be an active member of the FBI.

Scorsese and everyone in the creation of this movie is excited to see it play out at the original location of where the events happened. It is quite phenomenal, and they hope to be able to portray the events as truly as possible.

Which Other Movies Is Leonardo DiCaprio To Appear In?

Leonardo DiCaprio is up for several things recently. You will find that he is going to be coming up in Netflix’s black comedy, Don’t Look Up, very soon. You will find this to be available within this year only. More than that, he will be pairing up with Jennifer Lawrence in this, so that will be quite refreshing to see.

Recently, the actor showcased in the Once Upon A Time. The film went on to win an Oscar, as it should have based on the input of Quentin Tarantino and DiCaprio’s acting. It was quite riveting to see the end results.

All in all the latest movie, that is soon to come out, Killers of the Flower Moon is surely something that many are waiting for. With DiCaprio in the lead, there is no denying that it will be one of a kind. The product is underway, and you will soon be able to see the movie after completion.