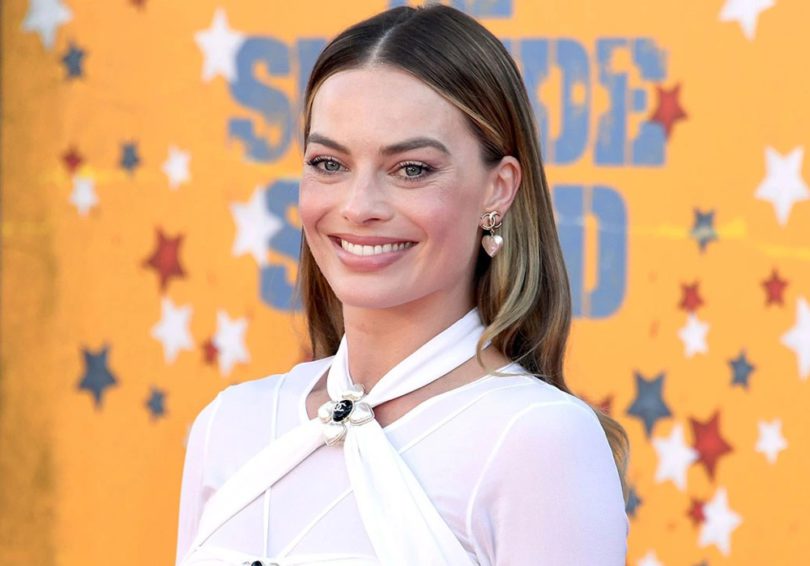 The live-action Barbie film is coming soon, and Warner Bros. gave everyone the first sneak peek into the actress playing Barbie. Of course, it is none other than Margot Robbie. The studio tweeted a picture of Margot Robbie sitting in a hot and pink convertible while wearing a blue and white stripes top on April 26.

Here is everything you need to know about this movie.

What You Must Know About The New Barbie Film

Of course, Margot Robbie is not the only star that will appear in the film. You can also expect to see Ryan Gosling, America Ferrera, Will Ferrell, Kate McKinnon, etc. According to the studio, fans can expect to see the movie in theatres after July 21, 2023.

The director of this film is Greta Gerwig, and she co-wrote the script with Noah Baumbach. The studio has not revealed any details of the plot, but it is the first collaboration between Mattel, and Warner Bros. Margot Robbie is also the producer of the movie.

The role of Barbie by Margot Robbie was recently announced. However, Amy Schumer was set to be Barbie in a new movie for Sony. The announcement was made in 2016.

However, a year later, Schumer told everyone that she was no longer taking the role of Barbie. According to her, she has scheduling conflicts, which is why she can’t take this role. Besides that, she also opened up more about her decision.

According to Schumer, the studio did not want to do Barbie the way she wanted to do it. Of course, she was only interested in playing Barbie in her own way, but that did not happen. Now, Margot Robbie has taken on the role, and we can’t wait to see the justice she does to this role.

In 2019, Margot Robbie talked about Barbie in a press release. According to the statements, she emphasized that playing with Barbie promotes curiosity, communication, and confidence throughout the life journey of the child as they discover themselves. The brand has existed for more than six decades, and it has empowered kids during this time.

Robbie went on to say that Barbie has allowed kids to imagine themselves in various roles they can take, which can vary from a princess to a president. That is why she is honored to take on this role and play Barbie. According to her, the movie will have a positive impact on children and people worldwide.

We can’t wait to see when Barbie hits theatres, as there is one more year to go for it to release. There is a lot of hype around the movie, and we hope it can live up to this hype, especially for the kids. After all, it is up to the mass media to promote healthy lifestyles in kids and encourage them to be their best selves while dreaming as big as they can.