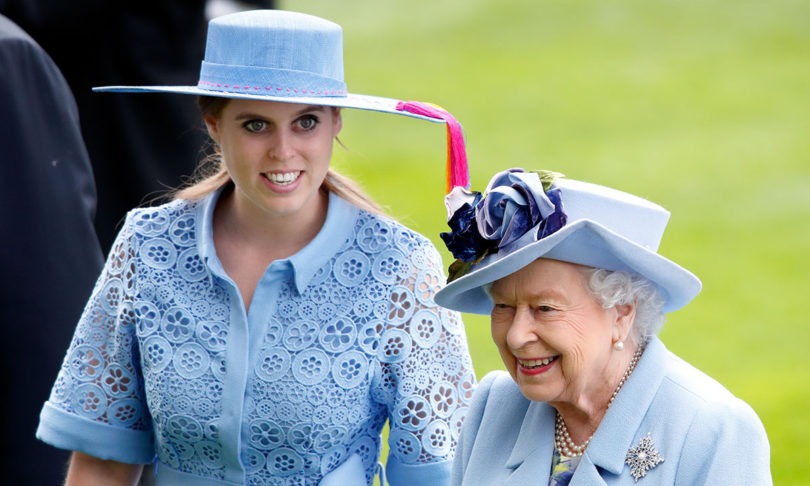 The royal family often makes the news due to different things. And if there is one member who has been in the spotlight most, it’s Princess Beatrice. She was the talk of the town during Prince William’s wedding.

Of course, during the wedding, it was her attire that got everyone’s attention. The Princess was trolled a lot, and people even made parodies about her. Even last year, people were curious about her when news of her marriage hit the internet.

Nonetheless, Princess Beatrice seems to make the headlines more often than other royal members. However, her latest action is humble and noteworthy. The Princess paid homage to Queen Elizabeth II by a touching gesture. Here is everything you need to know about it.

Why Did Princess Beatrice Pay Homage To The Queen?

Everyone knows Prince William and Harry. However, when it comes to royal Princess’s people get confused. Of course, their lives may not be as gossip-worthy, but they are a part of the royal family too.

Princess Beatrice is the granddaughter of Queen Elizabeth II. She was born in 1988 and is the eldest daughter of Prince Andrew. That is why this year, she decided to honor her grandmother with a grand gesture.

How Did Princess Beatrice Pay Homage To Queen Elizabeth II?

The thirty-three-year-old Princess recently became a mother. She gave birth to her daughter on 18th September 2021. The news was revealed by the royal family two days after the birth.

However, on 1st October, the Princess’s husband shared a post on Instagram. He posted a picture of their daughter’s footprints. Additionally, her name was also written on that piece of art.

People were quick to notice that Princess Beatrice honored her grandmother by giving her the same middle name. She named her baby girl Sienna Elizabeth Mapelli Mozzi.

It is quite often that the royal family name their new members after their ancestors. Despite that, it was shocking for many to learn about this news. Nonetheless, we wish the Princess luck in her new journey as a mother.

Other Facts About Princess Beatrice

Many things make the Princess unique. She is a force of nature and quite beautiful. Here are some fun facts about her that will enlighten you:

When Princess Beatrice came into this world, she was on number five in the line of succession. Her father was in the fourth position back then. However, a lot of time has passed. And now the royal family includes more members. Currently, Princess Beatrice is tenth in the succession line.

Princess Beatrice and her sister are often referred to as the blood princesses. That is because they are royal by blood instead of being a part of the family by marrying into it.

That was all you needed to know about Princess Beatrice’s homage to Queen Elizabeth. Her daughter came into this world less than a month ago. And since she loves her grandmother a lot, she gave her baby girl the same middle name.