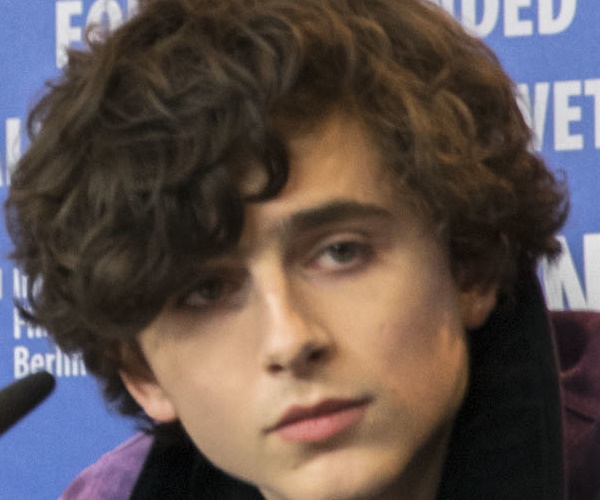 Timothée Chalamet is the main star of “The King”, a very interesting historical movie with some great twists. For a lot of people this is the first introduction they have to Timothée Chalamet, so you have to wonder who he is and how he did manage to land such a role. The interesting thing is that he has been in the industry for quite some time now, and he continues to impress!

He starred into some great movies

Some of the most popular movies he was in include Beautiful Boy, Lady Bird and Call Me by Your Name. All of these were some really nice movies. It’s great to see that a youngster like Timothée Chalamet can have a great and fruitful career, and he did very well with those movies too, which is even more exciting.

Timothée Chalamet was a mascot for his basketball team

Yes, one of the cool things about Timothée Chalamet is the fact that he actually was a mascot for his basketball team. Obviously he didn’t make the cut as a player, so he had to improvise and being the mascot was quite good for him.

He attended school with Ansel Elgort

Both of them were raised in the same region, so obviously they attended similar schools. In this case, they both went to the LaGuardia School of Music and Art and Performing Arts.

It might not seem like that but Timothée Chalamet actually loves rapping, and he has an alter ego named Timmy Tim or Timmy T. This was talked about on the Ellen DeGeneres show a few years ago.

He auditioned for Spiderman

Yes, he did want to take on the Spiderman mantle in the MCU, however Tom Holland ended up being the right option here. However, he clearly said that while he was interested in the part, maybe it wasn’t the best pick for him.

In what seems to be a very interesting and surreal thing, Timothée Chalamet did date Lourdes Leon which is Madonna’s daughter. While not a lot is known about the couple and how they split, what we do know is that none of them really likes to talk about it publicly.

Timothée Chalamet, just like many of us, had a Power Rangers obsession. It was quite incredible to see how someone rather young at the time when the series aired actually got into it.

He likes Joaquin Phoenix a lot

He is said to be his favorite actor. And if you look closely, Timothée Chalamet does try to implement some of his style in his own acting. Which is great, because Phoenix is known for his extreme dedication to every part, and he worked really hard to bring many of his characters to fruition.

Now you know a lot more about Timothée Chalamet than you did! He is a talented young actor and there’s definitely a lot of exciting stuff to learn and know about him to say the least. One thing is certain, he is set to have a great career ahead of him, so we should keep an eye on his upcoming movies!