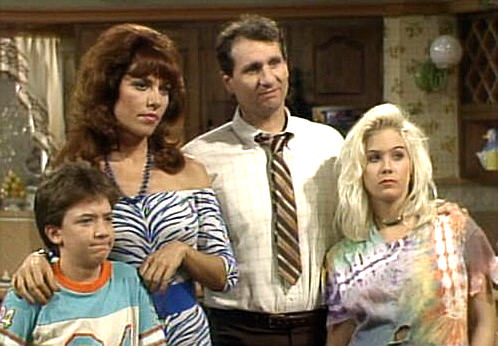 Who doesn’t love a good TV show? We’ve seen how the sitcom industry has blossomed in the past 20 years like never before. With the advent of technology and the internet, we can now make a subscription and watch our favorite shows on Netflix, or just wait until they’ve aired on HBO.

Our options are indeed limitless. From “MASH”, “Roseanne”, “Will & Grace” to “Seinfeld”, “Married with Children”, “Friends” and numerous others, we must admit that the world of TV shows is vast.

We may have to wait another 10 years until “Game of Thrones”, “Modern Family” or “Hannibal” make it on the list with the world’s most successful sitcoms in history, so until that happens here’s a list with 10 shows that already broke records.

Originally aired on NBC on September 22, 1994, “Friends” tells the story of six friends living in the glamorous New York City. Rachel (Jennifer Aniston) and Monica (Courtney Cox) know each other from high-school. Ross (David Schwimmer) is Monica’s brother and Chandler (Matthew Perry) is Ross’s college roommate. Last but not least, we have Joey Tribbiani (played by Matt LeBlanc) who is a struggling actor, and Phoebe Buffay (played by Lisa Kudrow), who is without a doubt the show’s weirdest and most peculiar character.

“Friends” was America’s most hilarious sitcoms in the 90s. It featured 10 seasons, with a last episode that became the most watched of the decade.

The name comes from “Mobile Army Surgical Hospital” and it follows the story of several doctor and nurses that work in a South Korean hospital throughout the Korean War. The final episode of M*A*S*H became the most watched TV show in the history of television at the time (1983).

Although it was an extremely realistic sitcom of the 70s and 80s, it did have one strange fact: the Korean War lasted 3 years whereas M*A*S*H had 11 seasons spanned over the course of 10 years.

Nevertheless, it was nominated 153 times for many awards and it won 60, including several Golden Globes and Prime Time Emmy’s.

Starring Debra Messing as the interior decorator Grace and Eric McCormack as the successful lawyer Will, “Will & Grace” aired its first episode on NBC on September 21, 1998.

After dating for a short period of time in college, and Will admits he’s gay, they become best friends. They end up spending a lot of time in company of their other buddies, including: Karen played by Megan Mullally and Jack, played by Sean Hayes.

The gay aspect of the TV show made a huge difference, and although it gathered a lot of controversy, it still managed to win the hearts of millions. Nominated for 83 Primetime Emmy’s, “Will & Grace” won 16.

Roseanne’s first episode was aired on ABC, on October 18, 1988. It starred Roseanne Barr whose name in the sitcom was Roseanne Conner, and the TV show focused entirely on her family’s life.

John Goodman plays Dan the husband. The second season of the show became the most watched sitcom in the US at the time, with over 21 million viewers. Roseanne had 9 amazing seasons, and in 1993, both Laurie Metcalf (Jackie Harris in the show) and Roseanne Barr won an Emmy Award, Metcalf for best supporting actress and Barr for best leading actress in a comedy sitcom.

With 105 nominations and 46 wins in total, “Roseanne” remains one of America’s most beloved sitcoms of all times.

The action happens in New York and it is centered on Jerry Seinfeld and his friends – neighbor Kramer (played by Michael Richards) and ex-girlfriend Elaine (played by Julia Louis-Dreyfus).

Famous for having the most unsympathetic characters, “Seinfeld” was aimed to be different from other similar shows; and it certainly managed to win America over in the 90s.

The sitcom highlighted some of the annoyances and idiosyncrasies that were happening NYC at the time, so even though it was a comedy sitcom, it featured some truths that brought the show mixed reviews.

As for awards and prizes “Seinfeld” got 166 nominations in 9 seasons and 65 wins, including a Golden Globe for Jerry Seinfeld and a couple of Primetime Emmy’s.

“Married with Children” was once America’s funniest and most successful sitcoms of all times. It aired on April 5, 1987 on FOX and it had 11 incredible seasons.

Aimed at handling standard topics from the lives of Americans, the show’s main character Al Bundy portrayed the average father of two and devoted husband, but a lot of sarcasm and disdain. The show is about a dysfunctional family living in an imaginary suburb of Chicago.

The theme song “Love and Marriage” interpreted by Jimmy Van Heusen and Sammy Cahn, was actually performed by Frank Sinatra in a TV production known as “Our Town” in 1955.

“Married with Children” received 9 Golden Globe nominations, and although it never got an award, it still remains one of America’s most iconic sitcoms ever made.

“Ally McBeal” made an entrance on TV on September 8, 1997. The comedy-drama focuses on the life of Ally McBeal (played by Calista Flockhart), a young, enthusiastic lawyer at the Cage & Fish law firm in Boston.

The show’s main plot revolves around Ally, her ex-boyfriend Billy Thomas and Georgia, Billy’s wife and lawyer at the same firm. Even though the show is a legal drama, it is more focused on the romantic lives of the main characters. “Ally McBeal” had 5 seasons and although it was a success at the time, it also got a lot of criticism.

The main character was accused of being too instable and apparently, her personality was thought to be too demeaning to women.

Nonetheless, it had a unique allure and a special ingredient that brought the show102 nominations and 28 wins, including a Golden Globe for Calista Flockhart for best performance in a leading role and numerous Primetime Emmy Awards.

“Cheers” aired on NBC on September 30, 1982 and it featured 11 seasons. The main action of the show happened in a bar, which was called “Cheers”; hence, the name of the sitcom.

Centered around two main characters – Diane Chambers (played by Shelley Long) and Sam Malone (played by James Burrows), and a couple of regulars of the bar who later become friends, “Cheers” was nominated for a best comedy award each year it aired.

Even though it went through some audience struggles, the show managed to score incredible ratings over the years.

“The Simpsons” is like “The Young and the Restless” of all sitcoms; when it first aired in 1989, nobody imagined that it would survive 26 seasons and over 500 episodes.

The animated comedy show stills airs on Fox TV and it is the longest sitcoms in the US to still be on air. Centered on the Simpson family – Homer (the father, voiced by Dan Castlellaneta), Marge (the wife, voiced by Julie Kavner), Bart (mischievous son, voiced by Nancy Cartwright), Lisa (prodigy daughter, voiced by Yeardley Smith) and last but not least, baby Maggie – the sitcom’s humor is concentrated on various cultural references from society, including aspects from music, movies, science, history, literature and more.

Highly praised for being intelligently and realistically made, the show also received a lot of criticism in over 2 decades. Latest reviews say that the golden era of the show has ended.

Even though “Parks and Recreation” is a more recent TV show, it still deserves a place on this top 10 list because it’s truly outstanding. The American comedy is centered on a couple of public servants, and the whole action happens in Pawnee, an imaginary small town in Indiana.

Starring Amy Poehler as the mid-level bureaucrat Leslie Knope and Rashida Jones as the political outsider Ann Perkins, “Parks and Recreation” scored a Golden Globe for Amy Poehler, as well as a several Emmy and Primetime Emmy nominations.

As for the main plot of the sitcom, “Parks and Recreation” is aimed at making Pawnee a more pleasant town to live in. Packed with great humor and well-crafted characters, the sitcom just finished airing its 6th season.

According to the producers, a 7th season is in production for 2015.