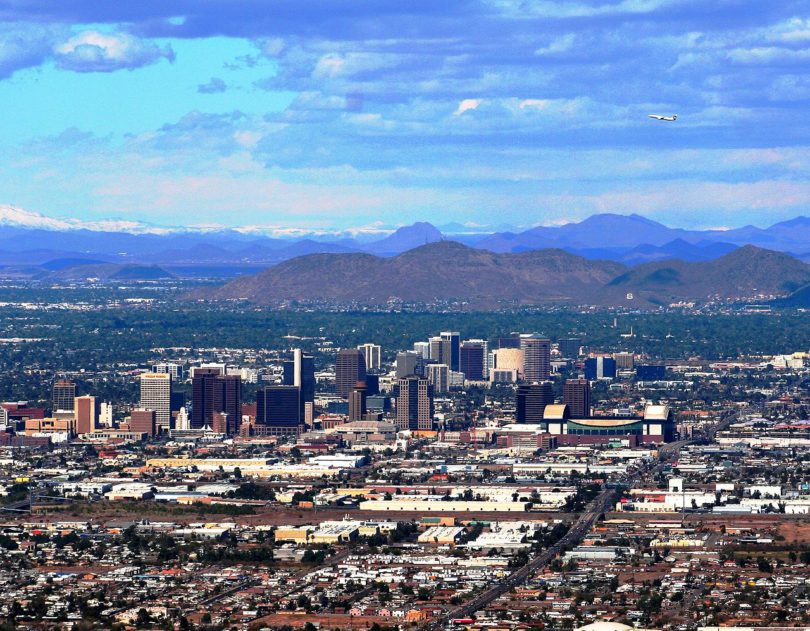 In spite of the fact that the United States has been making progress in air pollution in the last 10 years, the situation has reached an impasse.

According to official data, 47% of the population lives in metropolitan areas with extreme levels of pollution. There are various factors that contribute to this air contamination, and while in some cities too much traffic and too much construction work is a genuine problem, in other regions there’s too much smoke from the forests and the severe rain storms charge the air with damaging particles.

In certain metro areas of the US, warmer temperatures contribute to increased pollution levels. In 2012, the ozone pollution levels amplified because the warmer seasons had one of the hottest summer ever recorded; and since ozone needs a lot of sunlight, it has a tendency to boil up in the atmosphere. The increased traffic levels had also a major input to increased air pollution levels. For example, in El Paso, an increased volume of commercial cars transporting goods from Mexico contributed to pollution.

Increased pollution levels put the health of the residents at high risk. Over 46 million citizens live in metro areas with year-round, unhealthy and even dangerous pollution rates. In the L.A. metro area, over 2 million people have asthma, while 620,000 deal with COPD (chronic lung disease). The ALA (American Lung Association) recently released its annual report detailing which are America’s most polluted cities after particle pollution and ozone levels.

In some counties, things are not looking great at all. 50% of Americans live in highly polluted areas. In the state of California for example, 3 of 4 residents have homes in polluted counties. That being said, here are 8 of the most polluted cities in the United States.

The population exceeds 1 million residents, and out of that million, almost 70,000 suffer from asthma. Things got even worse in the winter of 2013, when city and school officials raised red flags meant to warn parents and students that the outside air was very heavy and tough to breathe.

Due to tremendous drain from agricultural operations, the topography of the area and smog coming in from Sacramento and San Francisco also contributed to Fresno’s increased pollution rate.

Out of that number, 70,000 residents have asthma (20,000 are children). Unlike Fresno, the Visalia metro area has seen improvements in pollution levels since 2012, although it’s still a major concern. Tulare County in particular, had the worst average number of ozone levels - 88.7 days, which an incredibly high number.

In addition, the country had 7 high-particle pollution days in a calendar year.

Bakersfield was once the nation’s polluted counties. Right now, the levels are still high and the annual particle rank is 3. With a population of 860,000 people, the Bakersfield metro area is slowly recovering.

And yet, in some counties like Kern County, increased ozone levels are present 78.5 days. At the end of 2012, there was an air pollution control plan set up by the Air Pollution Control District in San Joaquin Valley. The goal of the meeting was for officials to find a way and lower the pollution level to EPA standards by 2019.

Back then, the EPA estimated that7 counties from California won’t pass emission tests in 2020, particularly Tulare, Merced and Kern.

Things are not looking good for Bakersfield, especially since 53,000 of the population has asthma, and although there are plans implemented to lower pollution levels in the metro area, nobody can guarantee it will actually happen.

The Los Angeles-Long Beach metro area has18.2 million residents; 1.2 million suffer from asthma, which seats the county on 4th place in the annual pollution rank.

As for the ozone pollution status, Los Angeles has the worst percentage in the whole United States.  Even though Los Angeles just recorded its lowest particle pollution levels, the region is still highly affected by toxic waste. In the metro area, where there are over 18.2 million people, the average ozone levels lasted for 77.5 days. There were also 25.2 days of increased particle pollution.

The Department of Environmental Protection recently released a list with areas that have the highest pollution levels in the hopes of pressuring local politicians to do something and clean the most affected counties, Los Angeles, too.

The increasing number of people suffering from respiratory diseases is also a major concern.

Just like many polluted cities in the US, Modesto’s position is in California’s Central Valley.

Apart from causing noteworthy farming issues, the pollution rank is maintained up in the air due to the region’s drought (there’s a massive high-pressure rim on the west side that blocks storms that come from the Pacific, which are filtered with fresh air).

El Centro has a population of 180,000 people and it is positioned on a 7th rank with annual pollution rates. As for the ozone levels, El Centro is on 17th place.

With more than 15,000 locals suffering from asthma, it safe to say that this area is at high risk. The metro area of the region had 16 days high in ozone levels, and according to official data, it was given falling grades for annual pollution levels.

Considering that it borders Mexico, which doesn’t have severe environmental regulations, El Centro has an extremely dry desert air that permits smog and toxic waste to linger above the city.

The El Paso-Las Cruces metro area has a population of 1 million. The annual pollution is on 8th place and ozone pollution levels have not yet been ranked.

In the recent decade, the air quality has suffered a lot because of tremendous growth in the number of people. Another reason for increased toxic waste levels is the heavy volume of passenger and commercial vehicles populating the metro area. El Paso is on the border between New Mexico and Texas, and about 25 miles from Ciudad Juarez, one of the most important in Mexico.

Ciudad Juarez’s population grew tremendously between 2000 and 2006; thus, the number of growing cars led to more smog and toxic waste that spread across El Paso as well.

According to the United State Federal Highway Administration, the borderline between El Paso and Ciudad Juarez is additionally an important source for international trade, which contributes to an increasing the annual pollution rank.

The Phoenix-Mesa-Scottsdale metro area has a population of 4.3 million people. Almost 280,000 are suffering from asthma, and the county’s annual pollution rank is 9 worst; the ozone levels are on the 11th place.

As opposite to 2012, when the air was a lot healthier, in 2013 the particle pollution levels have spiked.  Phoenix additionally has increased levels of ozone, one of the highest in the US actually.

The main cause of pollution is the growing population, which instantly leads to many car purchases. And since there’s plenty of dry desert air, the level of ozone on the ground level turns into smog that spreads all over the city. A lot of people are vulnerable to the air pollution of Phoenix, and according to official data, over 370,000 people have asthma. In addition, 187,000 suffer from lung disease, a condition that affects 12.7 million adults in the US.

ALA reports say that air pollution triggers severe health conditions like heart attacks, asthma, strokes, difficulty breathing, lung problems and more. In California for example, an estimated number of 9,000 people die annually from illnesses related to air pollution. As a matter of fact, over 40% of all Americans (about 127 million) reside in highly polluted areas.

In spite of everything, there’s some good news, too. Apparently, the quality of the air is improving across the nation. Cities that were once highly polluted have stopped having the highest pollution rates. Of course, this doesn’t mean that the problem will be fixed, but it’s a start. Detroit, New York, and Michigan are not in top 10 anymore, not even in the top 25.

As for the cities with the cleanest air, you might want to check out Santa Fe in New Mexico, Cheyenne in Wyoming or Prescott in Arizona.