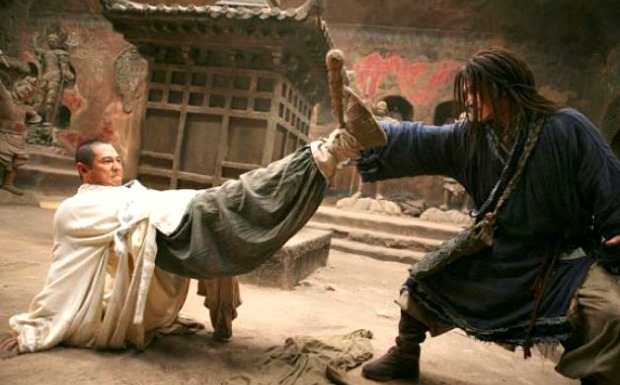 Anyone who loves movies will understand that some of the best scenes involve a lot of fighting and amazing cinematography that incorporates flips, kicks, punches and falls. Hollywood blockbusters are always attempting to come up with better ideas for epic battles, but it is always inspired by films that made waves in their time.

Take a look at these 10 best movie fight scenes that will give you the urge to watch the films all over again just for the few minutes of genius.

Luke Skywalker vs. Darth Vader – The Empire Strikes Back (1980)

The Star Wars Saga has incredible fight scenes in almost every movie, and yet the finest scene comes out of the 1980 Empire Strikes Back. After waiting 3 years for this fight scene, it had to measure up to its expectations, and it did. There has never been a better twist at the end of a movie fight scene than realizing you were fighting your father all along.

Let’s face it, when we saw the last scene where Neo fights Agent Smith in the Matrix it changed our movie expectations forever. This epic fight scene has gone down in history, being one of the first CGI experiences we can watch over and over again. With a combination of crumbling reality, gun moves and amazing choreography, the Wachowski brothers have made it a difficult performance to beat.

With a name like that, Fightclub has a lot to live up to in terms of its fight scenes. And it doesn’t disappoint. Probably the most notable fight scene in the movie is when a jealous Jack (Edward Norton) faces his opponent Angel Face, who caught the attention of Tyler Durden. The scene gets bloody as Jack pummels his face, leaving not much to be recognized at the end.

Everyone loves a woman with a sword when it comes to fight scenes, especially when it’s Uma Thurman as The Bride in one of the best Quentin Tarantino films made. In the climax at the end of the film, Thurman takes on a hoard of 88 blood hungry thugs, getting rid of them in a fashion only Tarantino films have.

You can’t have a list about the best movie fight scenes without mentioning Jean-Claude Van Damme, and Kickboxer is the perfect example of his abilities. Playing Frank Dux, a young American kickboxer looking for fame, his journey takes him to Thailand where he fights an undefeated Thai champion Tong Po. This scene ends with the most amazing slow motion spin kick that will be remembered in movie history books.

There is nothing better than watching superheroes fight each other, and the train fight from Spider-Man 2 is one of the best. The surreal and sometimes silly scene stays true to its comic book origins. Many other movies have tried to replicate the energy of this battle but none have done it better. Some say it is the best display of superhero fight scenes ever made.

The Spartans are the epitome of battle and it was all summed up in the epic film, 300. This comic book action film, shows the 300 Spartans facing a Persian army of thousands, and convinces you that the Spartans could actually change history and beat the Persians. If you love slow motion fighting, you’ll get plenty in this movie.

If you love cheesy fight scenes then Arnie’s classic 80’s blockbuster is one you have to see. We all love Arnold Schwarzenegger for his lead roles, and in Commando he pulls out the big guns. Literally. This absurdly amazing fight scene sees Arnie pull phones from walls, climbing over dozens of police officers and even swinging on an inflatable tube to reach his love interest. It’s so bad, its good.

The Drunken Immortal Vs. The Silent Monk – The Forbidden Kingdom (2008)

No-one will blame you for not watching the entire film, but a must watch scene is where the ultimate martial arts legends come face to face in battle: Jet Li and Jackie Chan showdown. The battle itself is quite over the top and theatrical, but who doesn’t want to see these two masters (Li aged 45 and Chan 54) of the art fight each other?

There is nothing better than a Japanese monster movie. Oh wait, and there is a T-Rex involved. Obviously being from the 1930’s the movie is not as lifelike as in CGI, but what this fight scene has is charm. Using stop-motion animation you will see a pre-rating board battle, which is much gorier than you might think.