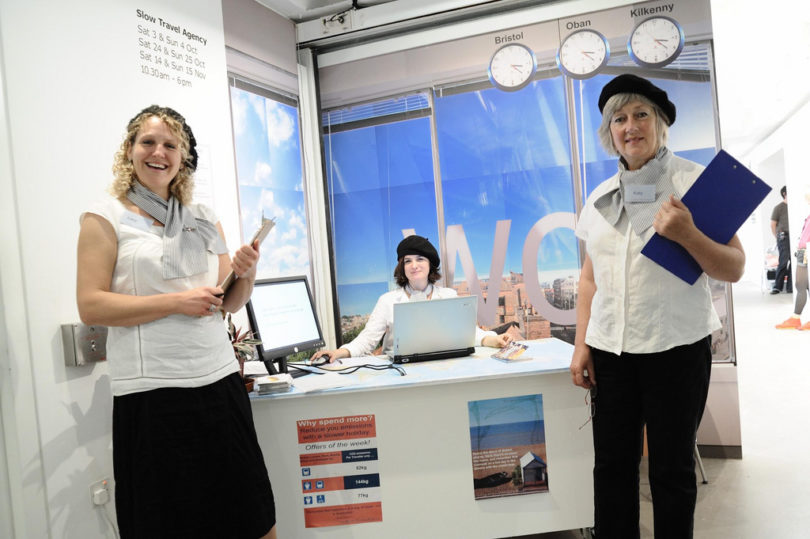 The advent of technology affects the business environment, and implicitly people’s lifestyles and wellbeing. Some businesses that were once in high demand are now on the verge of extinction.

Certain jobs just can’t survive anymore, and that’s because technology is becoming more and more useful and cheaper to use. Several businesses and occupations that will soon be obsolete are obvious; others on the other hand, might surprise you. Various industries are shifting to computerized services; this means lots of people will get fired because machines will do a much better job than them at a lower cost.

A few years ago, many people were concerned that at some point a robot will snatch their job. The reality is it won’t be a robot, but a computer program. Experts are estimating that a cashier’s position for example, will soon be replaced entirely by an automated system. This can be useful for the upper middle class; on the downside, the lower class will have difficulties finding entry-level jobs. Here are 10 businesses that will soon vanish from the world’s most developed countries.

Cash register businesses and cashier jobs will soon disappear. A lot of today’s supermarkets have automated checkouts to facilitate and speed up the grocery shopping process.

Even though we’re talking about systems that could experience malfunctions, improved technology makes them work really fast. Older generations won’t like this and will be terrified of the change; nonetheless, as baby boomers grow up, making use of automated devices will be something trivial.

Those who will enter the workforce 15 years from now will be used to automated checkout lines and tellers. In fact, many prefer to interact with automated systems now, rather than deal with people when shopping for things.

Smart devices have completely changed the way people communicate; everything that matters is a slide away on a touchscreen, so it shouldn’t come as a surprise that people don’t want to interact face to face anymore.

The postal service is another type of conventional business that will soon fade away. The decline started almost 10 years ago, and right now very few people still send letters by post.

In the United States for example, the Postal Service loses about $5 billion per year. To stay afloat, the service will be forced to make a few changes, and the cutting cost number is just one of them. Soon enough, the Saturday service will probably get suspended, and many other downsizes may occur in the near future to keep the Postal Service operational.

As the conventional postal business is cutting back on services, outsiders are coming up with innovative ideas to deliver goods to people’s homes. Amazon’s most recent Amazon PrimeAir program is a perfect example. The service seems rather far-fetched, although we must admit that the idea behind it is quite interesting.

Customers will be permitted to get packages through a helicopter drone in as little as 1 hour, as long as their location is within 50 miles from an Amazon deposit.

Even though it may take awhile for telemarketing businesses to die, the good news is it will happen. If you’re one of those people who hate telemarketing calls, you should be happy that the industry is not doing so well.

Nine years ago, the “Do-Not Call” list was established, and ever since, telemarketing companies have began having financial issues.

Their sales had a lot to suffer; nonetheless, clever marketing campaigns still keep the industry afloat. This won’t last forever though.

Those who know their way around a QWERTY device would agree that typing is something meant to last forever. As far as putting ideas on a page is concerned, it seems that increasingly more industries are turning to dictation.

Despite the fact that many people still prefer to type, many young adults deem that voice recognition and touch screens will soon take over. Futurists consider that this makes total sense – why should a 10 year old have to type on a keyboard, when he can just dictate whatever he has to say to a computer?

Dictation technology is currently available in certain industries, such as the medical field. In time, it has great chances of improving, and soon enough it will go mainstream.

Many people today would rather buy a whole new appliance than repair the broken one. This new trend has caused a lot of problems for the appliance repair industry.

One of the main reasons for the decline of the industry is the willingness of manufacturers to offer extended warranties for their sold products. A washing machine for example, can have a 3-year warranty.

If something happen during that timeframe, the manufacturer either replaces it, or repairs it for free. In the last 10 years, the industry’s average revenue had diminished with 5.7%.

Video, game and DVD rentals are businesses that won’t last for much longer. The industry can’t compete with the endless power of the internet.

Many people today download stuff illegally so to speak, from public serves or torrents. Others on the other hand, turn to video on demand, streaming and downloading media that gives you access to everything you want and need for a monthly subscription. Today, it’s almost impossible to want to see a movie or play a game and not find it on the internet. The DVD rental business will soon vanish.

The industry has already seen massive drops in revenue. In the next 5 years, experts agree that it will drop with 13.8 percentages.

The newspaper industry has experienced profit declines at a rate of 6.4% per year, in the last 10 years. This happened because of increasingly more web-based competitors that have taken over and conquered the market.

According to official sources, the average decline rate is estimated at 4.2% in the following 5 years. Some of the biggest names in the industry at the moment are the New York Times, Tribune Company and Gannett Co.

Unless they come up with new ideas to stay afloat, these businesses will fade into nothingness.

With annual revenues of $7.48 billion in 2012, the hardware manufacturing industry will most likely witness a decline of nearly $1 billion by 2017.

One of the main causes is the increase of low-cost imports. Right now, imports account for over 50% of all handles, metal hinges, locks and keys sold in the United States, relative to 29.3% in 2002.

Microsoft’s Bing.com, one of Google’s main competitors in the online environment, has an amazing new feature – a built-in travel website with the ability to go beyond its competition.

Travel agencies are on the verge of extinction because there are too many tour operators who operate in the online environment.

People head over online and order their favorite vacation package with a click of a button. If they want assistance, they can call and talk to an operator.

Even though libraries are pretty helpful, in general very few people buy books. The advent of technology has led to the creation of the Kindle.

This device is just like a tablet, only that it is solely used for book reading. People buy ebooks from famous websites like Amazon, by downloading them to their Kindle Readers. For some people, it’s a lot easier to click and download, and then swipe to turn pages over. Others on the other hand, still value the traditional reading of paper books. Assuming that books will survive, the job of a librarian won’t. Libraries will probably have computerized systems to help customers find books. The same system will be capable enough to maintain everything in order, so basically librarians will be futile.

Whether we like it or not, some jobs don’t have a place into the future and in 10-20 years from now, we’ll witness the extinction of businesses that were once incredibly productive. Newspapers will be completely replaced with online magazines, and travel agencies won’t exist because we’ll have websites and online programs to give us the information that we need.

In some ways, it’s sad to see centuries-old industries vanish; on the bright side, we must look ahead into the future. Newspapers won’t exist anymore, but there will be more job opportunities for people in the online sector.

And since the new generation of baby boomers is waiting impatiently to enter the workforce, they’ll be more qualified and ready to deal with advanced technology – the death of an industry may trigger the creation of tens of other new industries with greater potential and higher possibility of leading to fresh jobs.