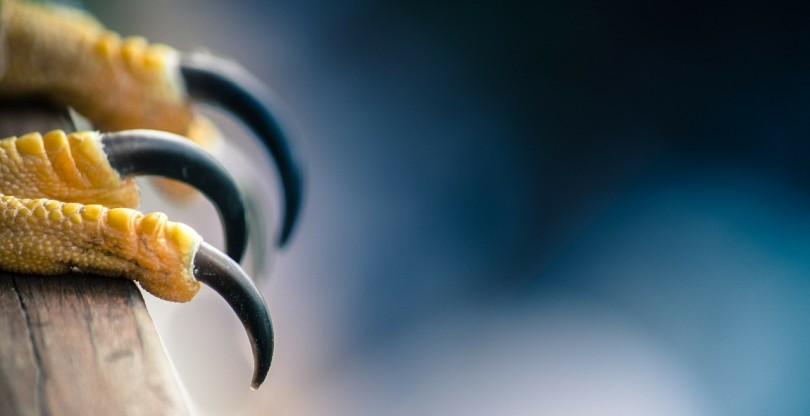 Us humans are a special species because we love to share our homes with other animals and care for them as our own children. We all know about the usual suspects’, such as cats, dogs or even rabbits; but there are a few animals that are owned as pets, but are very dangerous.

Most people shiver if they think about snakes or spiders in their homes, however there are the odd few creature loving people that welcome these types of animals into their homes to be loved. This list might scare you or intrigue you, who knows, maybe you will change your mind about getting a dog and opt for one of these?

You might not want to believe it, but lions, tigers, cougars and leopards are all big cats that can be kept as pets. You have to watch out, they have sharp teeth and claws that cannot be removed. They might look cute and fluffy to begin with, but those cubs grow.

If you are thinking of having one of these big cats as a pet you might want to consider how much meat they eat, for example the average adult lion consumes 5-7 kilos per day. It could eat all of you in approx. two weeks without too much trouble. This doesn’t even account for how they eat, tearing into the meat, paws, claws and teeth.

Not only do these ferocious cats need a strong owner, they also need a lot of outdoor space. If you keep them indoors they will become angry and frustrated, potentially leading to you being their next meal.

These cuddly looking creatures are children’s favorite animal to snuggle up with. However to have as a pet it wouldn’t be as cuddly. A fully grown bear can weigh as much as 1500 pounds and measure at around 10 feet, almost double the average height of a woman.

Apart from bears having a natural habitat that is extremely diverse and open, it will be very difficult to provide the same for them in your back yard. You will need to have a river for them to play in, rocks for them to stand in, grass for them to sleep on, trees to sharpen their claws on and fish for them to eat.

A bear can eat up to 40 salmon per day, to afford that kind of diet you are going to need a big pay check.

One of the most feared animals on the planet is not the one you want to keep as a pet. These slithering, scaly reptiles can be extremely dangerous if they have not been de-venomed.

Keeping snakes is not as rare as other dangerous animals, as their habitat is small and can fit in the average house. If you are a reptile fanatic you can buy large tanks that will give your pet snake all the space it needs. Just be careful that they cannot escape. Having snakes run around your neighborhood will not be good for your image.

Many people are extremely frightened of them and even if the snake is not venomous, just the look will make people run a mile.

Not part of the cat family, but similar in characteristic, foxes seem to be the cutest pets to have. They are extremely smart animals, but even when fully tamed they cannot be trusted, especially around small children who are unpredictable.

Another reason not to keep a fox as a pet is the smell they give off, it has been described as musky and their fur can malt all over your house. Their teeth are razor sharp and one bite could leave you without a finger or two.

Most states in the US will put down a fox if it bites someone, and extra care needs to be taken as there is no protocol for vaccinations.

These furry lovable animals are actually an extremely dangerous species to keep as a pet. Along with carrying diseases, being unpredictable, and being loud, these animals belong in the wild as much as you belong at home.

The types of diseases that you can catch from monkeys are: salmonella, monkey pox, hepatitis B, and tuberculosis. Though the numbers of people contracting diseases has reduced, keeping a monkey will just increase your chances of getting something nasty.
Monkeys are extremely aggressive and will not be the cuddly pet that you want to stroke on a lazy Sunday afternoon.

Keeping a small domestic bird is a big difference to wanting to have an eagle as a pet. First of all, their wing span is bigger than you think. A wing span of an adult male can be over 90 inches and their average weight is between 10-14 pounds.

There is a reason that eagles are wild animals and should stay this way. Though it mainly feeds on fish, it’s incredibly strong talons are also used to defend or attack, which can cause serious damage if you upset it. This animal will live longer than your cat, another reason why you don’t want to have a bald eagle as a pet. By the time most cats reach 12 you already are thinking about the next one, or having freedom.

With eagles, they can live past 20years and still be hungry. I would stick to cats if I were you.

Most of us remember our childhood playing in the pond and finding a green, slimy frog and thinking it was the best thing since sliced bread. Well yes, it probably was, frogs are excellent pets for young children as they are extremely low maintenance if you have a pond.

However, there are certain breed of frogs that you want to avoid having as a pet. For example, the golden poison frog, looks very similar to a regular garden frog, yet it is one of the most dangerous animals in the world. Luckily for you, their natural habitat is in Columbia, so your chances of running into one is quite slim.

Another reason why you might regret having a frog as a pet is because they are nocturnal animals, ok this doesn’t sound dangerous, but if you have been awake for 72 hours your mind can start thinking some very dangerous things.

There are many people in the world that are obsessed with all the nightmarish looking creatures such as spiders, snakes and lizards. The worst of this group has to be the scorpion. This type of pet has become more popular in the Western world, but there are many reasons why you shouldn’t get one.

Though the venom in most scorpions is only strong enough to kill insects and small animals, there are a few species that can kill humans. It is important to check the dealer you buy your pets from to make sure they are licensed and knowledgeable in the field.In the US there is one type of scorpion that is deadly to humans, the Arizona bark. In Asia there have been reports of the fat tailed scorpion. A sting from one of the deadliest scorpions in the world can cause increased heart rate, high blood pressure, and even a coma.
If you are a fluffy pet kind of person, you might want to just avoid these types of pets, right?

You may not want to believe it, but some people love to keep tarantulas as pets. Though all spiders are venomous, only a few are a real danger to humans. Though there has been no verified case of death caused by tarantula bite, you don’t want to be messing around with these guys as pets.

The tarantulas from either Africa or India are known to be the most venomous. They use their venom as a form of defense and will only attack if they feel threatened. These can be bought as pets, though you are unlikely to find them at your local pet store.Another defense some tarantulas use is the ‘spitting’ of their hairs from their body.

They shoot out their small hairs when defending themselves, and these hairs cause major irritation, especially if it gets in the mouth or eyes.

In Florida, these giant reptiles can be found at the bottom of swimming pools and in the rivers. There is no surprise why some crazy people would think that these animals could make good house pets.Not only do they have crushing bites, thick skin and incredible strength, they are also extremely large.

At 13 feet and 600 pounds, it’ll be almost impossible for a human being to control this pet if it becomes angry. Most people think that you should run in zig zags if an alligator charges at you. This is a myth and what you should actually do is run straight. Alligators don’t have a lot of stamina and will stop quick quickly.

Even if you think keeping them in a cage will be enough to keep them from getting out, think again. Alligators have sharp claws and have been known to climb over fences and gates.