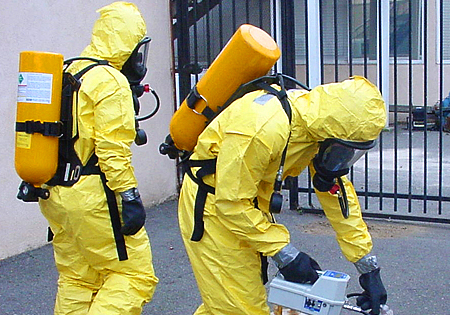 No one said that getting rich is a glamorous process. Some jobs are actually pretty gross, but hey, they make bank. You would never guess that people actually sign up for these gigs, but yes, they do. Here are 10 disgusting jobs that will make you bank:

Let’s face it- they don’t have the most dashing uniforms, plus they’re around toxic materials 24/7, but for their really hard work, they happen to make a lot of money, relatively speaking. These workers in funny-looking suits can make up to $50,000, more or less, and possibly another $10,000.

These specialists in the medical field deal with all things related to the liver, bowel movements, stomach, and more. If you have diarrhea or need a colonoscopy, these are the doctors you’re going to see. They can make between $264,000-$340,000.

It sounds a bit ridiculous, but the reality is that this job involves crazy  long hours, limited working space, and constantly have to deal with coal, oil, and nastiness. But, they’re very well compensated, raking in around $80,000 and up.

Their job description is as disgusting as it sounds, and most of us don’t even want to think about what they have to deal with at work. Regardless of how gross their job is, they earn anywhere between $25,000 and $50,000.

A job that involves rats, cockroaches, and waste that is either liquidy and/or slimy, isn’t the sound of the most luxurious job you could find, but still, they make a pretty good living, making around $60,000 annually.

Well, for starters, this job requires you to shower like three times a day, but I’m pretty sure that even if it wasn’t required, people would still be showering more than once after going anywhere near maggots.

So for those of you who are into bugs (and you’d be surprised, as there are quite a few that fancy the structure and biology of them), this job might be for you, however disgusting the position is. These guys can tell just how long a body has been dead…so you can imagine the smell.

If your idea of a good time includes scraping puss off of people’s faces during a facial, then a position as an esthetician might be for you. Also, don’t forget nasty finger and toenails, as well as waxing all parts of the body. You can make a great living as an esthetician, but you’ll have to get used to the gross aspects of the job.

While the profession isn’t nearly as dangerous as it used to be, and chimney sweeps no longer hire little boys to climb up narrow chimneys, this job is still one of the nastiest and dirtiest you could ever come across. I mean, chimney sweeps clean chimneys for a living, and aside from the dirt that comes with the job, imagine what kind of gross/weird stuff you can find it chimneys.