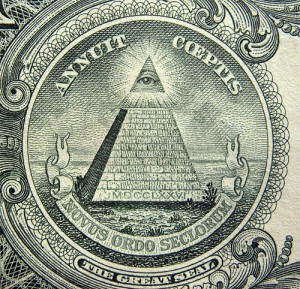 Conspiracy theories are what keep humanity interesting. Many of us like to seek a deeper, more inexplicable meaning of events, usually associated with ulterior motives. Just in case you were unfamiliar with some of them, here are 10 of the greatest ones in history:

The answer to the question of whether or not there is life on Mars seems to point to “yes.” Photos had shown a huge face staring up from the surface was proved to be strange and creepy. The pictures also include an Egyptian sphinx, as well as a pyramid…eerie, anyone?

There is very little historical information known about Shakespeare, so conspiracy theorists believe that there is no way that the actor could have written all of the plays but rather was used as the author to cover up the real identity of Shakespeare, and many believe that he didn’t have the proper education to write such exquisite poetry.

Many believe there is a conspiracy between scientists and the vaccine industry to hide the truth about what goes into vaccine shots. Jenny McCarthy has stated that mothers worldwide who have children with autism have made claims that there is, in fact, some sort of correlation between the two.

There are some people that believe that cameras and microphones have been secretly inserted into TV in order for the government could spy on us. A theory that goes along with this one, is that subliminal messages are being broadcasted in order to influence the masses with whatever big industries want people to believe.

Global warming has been a major topic ever since Al Gore brought it to the forefront during his presidential election campaign. However, many theorists believe this to be a secret plan to control the population’s way of life, to raise taxes and lead to a more controlling government.

The Shroud of Turin

The public release of the shroud of turn has caused a ton of controversy. It is to be the cloth which covered the body of Christ, but some say that it proves that Jesus actually survived the crucifixion, and that the Vatican had messed with the carbon dating results in order to protect the faith.

Those who buy into many conspiracy theories sometimes believe that the AIDS virus was created in a laboratory and injected into homosexuals and African-Americans by a sketchy plan regarding hepatitis-B experiment in 1978. Thabo Mbeki, who was the former South African President, said that the scientific claims that the disease originated in Africa isn’t true, and that the U.S. government actually created the virus in a lab, and trying to blame Africa for the outbreak.

There are a ton of conspiracy theories regarding the death of Princess Diana. All of them claim that she was actually murdered by the Royal Family to stop her from releasing embarrassing and damaging information about ex-husband, Prince Charles. Scotland Yard announced that it was reopening the case of Diana’s death in 2014, on the premise of a claim that the fatal car accident was arranged by the British Special Forces.

The Illuminati and the Freemasons are only two of the many secret societies in the world. Theorists are under the impression that there is a New World Order that is going to one day run the world under one universal government. The pyramid and eye on the American dollar bill, for example, is said to be the work of the Illuminati.

Landing on the moon

Some conspiracy theorists believe that the landing on the moon was all staged because NASA desperately needed the attention of such an event, and that the U.S. didn’t want to lose the space race with to Russians, who had been inthe lead at the time. Some claim that technology wasn’t advanced enough to reach the moon in the 60s.