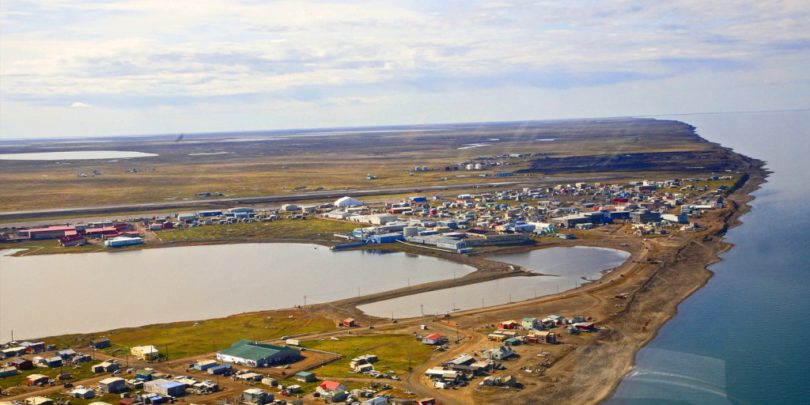 We all take pride in our towns and communities these days. We love that we are all located next to each other and connected in many unique ways. But what about those towns that aren’t so lucky?

There are many towns around the planet that is extremely isolated. That is, you would have to spend quite a bit of time just to get from one of these towns to the next inhabited settlement. These towns around Earth include many spots on an extended variety of places around the world.

These places do have a few attractions of their own and they serve their own special purposes. Many people call these places home just as well. Even with this, these are spots that are heavily isolated to the point where it would be a real challenge for anyone to reach one of these spaces. Some of them are tough to even reach through an airplane. One point that is for certain is that these are all spots that are all rather unique in their very own special ways because of how challenging it can be for anyone to get into some of these popular spots.

Torshavn is the capital of the Faroe Islands, a land mass located between the United Kingdom, Norway and Iceland. It is also the largest town in the country with about 17,000 people living there. The town is rather remote as it can only be accessed by a ferry.

The Smyril Line ferry service can transport people from here to Iceland or Denmark. Some domestic ferries are also used to link people to different towns located all around the country.

The Tinganes district of Torshavn is where most of the activity takes place around here. This district is home to the nation’s government.

Even with that, it is hard to find much else around the area. In fact it is believed that the number of sheep in town clearly outnumber the human population.

Barrow is known for being the northernmost town in the United States. The town of about four thousand people has been around since 1958 although there are some dwelling mounds around the region that were inhabited nearly 1,500 years ago.

The town is extremely hard to get to using anything other than by plane. The Wiley Post-Will Rogers Memorial Airport in Barrow has flights to Anchorage and Fairbanks.

Much of the area features homes that have been built through makeshift trailers. There is a high school located in Barrow as well. The school even has a full athletics department that features a football team.

The area is also known for having some significant extremes in terms of its exposure to the sun. The sun can go down for a few weeks on average during the winter and will not come up for that entire period of time.

Meanwhile, the sun can be up until midnight during the most extreme parts of the summer season.

Another isolated town of note in Alaska is the town of Adak. Adak is a town with about 350 inhabitants. It is the westernmost settlement in the United States. It was once used as an American naval base for a few years following World War II but the base has been closed ever since.

Located on Adak Island on the Aleutian Islands, the town is about 1,200 miles from Anchorage. People can access the region by boat throughout the year.

As with Barrow, many of the homes located around Adak are rudimentary in terms of their designs but it is enough to keep the region active.

Adamstown has only 52 people living there as of 2012 but it is also the only settlement located on the Pitcairn Islands, a land mass located in the middle of the Pacific Ocean. The region is located near the Bounty Bay.

The bay is the only port located in the region. The remains of the Bounty, the eighteenth century ship that the bay is named after, can be found nearby. Adamstown has access to online and television signals through satellites. Even with this, the ham radio is still the top method of communication among people in the area.

The area is open for tourists to visit. The honey and fruit industries have helped the settlement to stay active as well. Interestingly enough, the New Zealand dollar is the official currency that is used in this small part of the world.

The Arizona town of Supai is located in the middle of the Grand Canyon. There are a little more than two hundred people who live here. It is only accessible through either a helicopter ride or through a hike or mule ride on the Havasupai Trail, a route that is about eight miles from the nearest area road.

The town is the main site of the Havasupai Indian Reservation. This tribe has lived in the region for at least the last eight hundred years. The tribe has turned to tourism as a means of maintaining the local economy which includes a cafe and lodge to accommodate tourists.

It can take an extra week to get mail delivered out to Supai. This is because the mail is delivered by mule from the post office in Bullhead City.

Iqaluit is the capital of the Canadian territory of Nunavut. There are about 6,700 people living in this space today. Most of these people are Inuits who are native to the land.

Iqaluit has opened itself up to tourists as there are a number of hotels and restaurants around the area. Even with this in mind, Iqaluit is very difficult to reach as it is located on a spot on Baffin Island that is impossible to access by car.

There is an airport in the town with occasional flights to and from Ottawa but most of the flights into and out of the area are to other sparsely-populated spots in the Arctic Circle.

While the region is built along the water, the land is not particularly good for agriculture. The fishing industry is relatively strong, though.

McMurdo is a settlement on Ross Island in Antarctica that is home to as many as nearly 1,300 residents at a given time. This area is run by the United States Antarctic Program and houses people who study many natural and scientific features around the continent. There are three aviation runways and one harbor at McMurdo so air and sea are the only ways to reach this region.

The area is home to a disc golf course and boasts a complete habitat for scientists who come to the area.

Today much of what has been happening in the region includes scientific dives to explore the waters around Antarctica. There have been more than ten thousand dives in local waters since 1989.

There are only 452 people living in the Greenland town of Ittoqqortoormiit as of 2013. This town, which is on the eastern coast of the country, was formed by Inuit settlers in 1925. The town does have a helipad and weekly flights from Air Iceland in the summer but other than that it is very difficult to reach this town.

The town, whose name means “Big-House Dwellers” in Eastern Greenlandic, is known for being home to any forms of wildlife and has a strong bear and whale hunting industry.

There is a grocery store in town but there is not much else in terms of businesses in the region. The region is especially known for its brightly-colored houses.

These houses are painted in this manner to make them more visible and to help people to tell them apart. This is especially necessary given very high snowfalls.

The Cocos Islands, or the Keeling Islands as they are also known, is located in the Indian Ocean in the midway point between Australia and Sri Lanka. The islands are officially held by Australia and there are a little less than six hundred people living on the islands today. A vast majority of those people live in the village of Bantam. These include people of Malay descent for the most part.

This small village has been operated by Australia since the 1950s but its land masses remained largely uninhabited by anyone until the nineteenth century. This is what contributes to the region’s seemingly pristine quality of the land masses around here. In addition, the region is known for having a large number of coconut trees, making the area popular site in the coconut trade.

Bantam is located on what is called the Home Island. This is one of the two key islands here. The only way to reach Bantam is through ferry services that head from the western half of the islands to Bantam.

La Rinconada is a city in Peru that is located right along the Andes. The city has grown in size thanks to a nearby gold mine. There are about 50,000 people living in the city today.

This city has grown in size as more prospectors are coming into the region to stake their claims and to find gold. However, the extreme elevation of the land has made settling in the area a challenge. The city has an elevation of approximately 16,700 feet. This makes it the highest inhabited town on the world based on its elevation.

The remote nature of the city means that it does not have a plumbing system nor does it have an official sanitation system.

The result is that mining operations in the area leave mercury deposits which have to be very carefully treated and cleared out without putting the rest of the region at risk of any serious damages from runoffs.