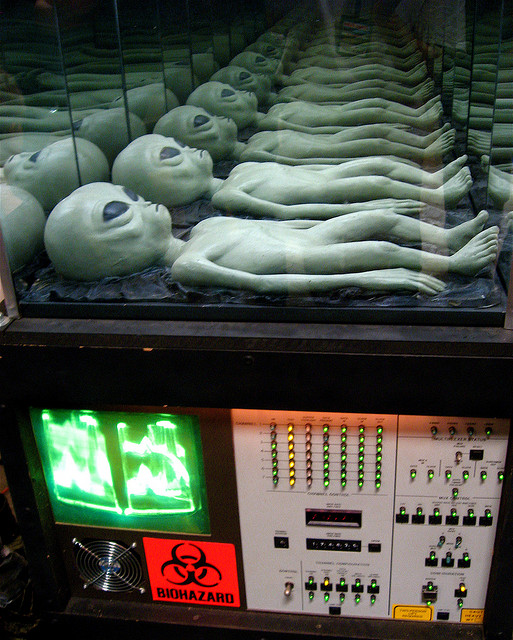 Some people believe in aliens, while others completely reject the idea of life existing on other planets. There have been multiple instances of people claiming to have seen or heard aliens, but none have been confirmed enough for the public to believe it. Regardless of what you believe, here are 10 reasons why aliens are definitely real:

It has been estimated that 50 billion galaxies are visible with modern telescopes. The total number of them in the universe has to exceed this number by a lot, but we will be conservative by doubling it. That comes out to 100,000,000,000 galaxies in the universe.

The number of starts in an average galaxy can be as many as hundreds of billions in each one of them. So, let’s be conservative about the amount, and just call it just 100 billion. That means that there are 100,000,000,000 stars per galaxy. Since 50 billion galaxies can be seen with modern telescopes, the total number of stars is pretty hefty.

Number of Stars in the Universe

As we know it, the total number of stars in the universe is approximately 100 billion x 100 billion.

Number of Stars That Have Planetary Systems

The original system planet hunting technology says that a star needed to be close to us for a planet to be detected, which can usually be determined by the star’s’ movement. Better technology that allows us to measure the dimming of a star’s brightness when a planet crosses it has now revolutionized planet hunting and new planets are being discovered at an increasing rate. For the sake of argument, let’s rate it at only one in a million, and only one planet in each system. This calculation results in: 10,000,000,000,000,000 planets in the universe. Ten million, billion, as an approximate estimate.

Let’s assume that this is a rare occurrence among planets and rate it at only one in a million. Such a calculation results in: 10,000,000,000 planets in the universe that are capable of producing life. That means that 10 billion planets aside from ours, has the capacity and proper resources to sustain life, and we’re definitely not the only ones.

Pyramids As Well As other Landmarks

We claim to be the most advanced beings ever,  yet we can’t even replicate the pyramids in Egypt. This means one of two things: either we were super advanced thousands of years ago (but evolution doesn’t agree with this theory), or that something other than earthly humans created them. Does that not give you any food for thought?

There have been a multitude of secret government projects going on for several years now, and each of these have information that is gradually released in time to the public. Some of the greatest examples of these projects would be Area 51 and Roswell. It’s impossible for us to know everything, so it goes without saying that the government is hiding a lot from us.

I understand that these abduction stories receive very little credibility from most people, although it’s pretty hard to understand. I’m sure that some of these stories may be fabricated, but that can be said about pretty much anything. It’s worth looking into and researching these stories. After all, all it takes is for one of them to be true.

Obviously, there are any fake crop circles, but you can’t expect them all are completely authentic, just like everything else in life. Again, according to science all it takes is one of these to be real and the whole hypothesis that aliens do not exist is debunked and considered false.