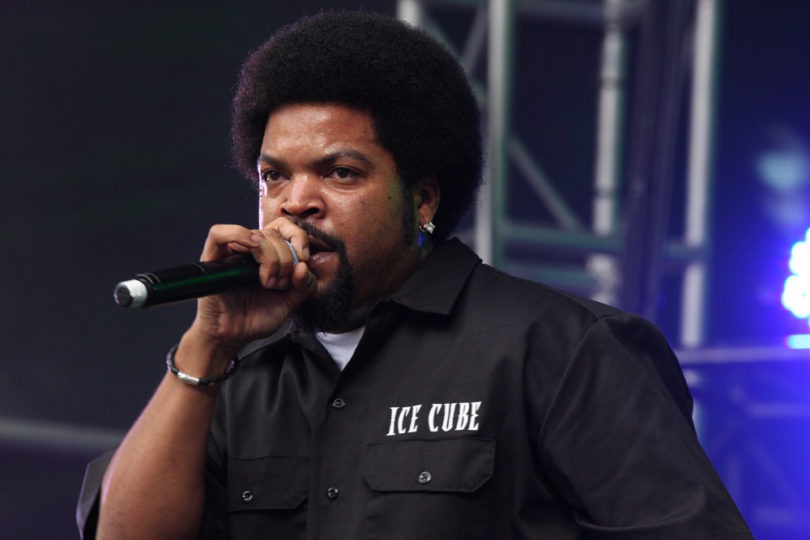 This Grammy Award-winning rapper with a net worth of $35 million is from Tallahassee, Florida, and was born Faheem Rasheed Najm. He claims that most people are unaware of the fact that he was raised Muslim, just not in the typical sense. He stated: “People don’t even know.

Worth $100 million, this rapper and actor converted to Islam in the 1990’s. He refers to himself as a natural Muslim, claiming “because it’s just me and God. You know, going to the mosque, the ritual and the tradition, it’s just not in me to do. So I don’t do it.” Ice Cube revealed that he had converted to Islam in the 1990s during an interview with The Guardian in February 2000.

Dave Chappelle, worth $30 million, is an American comedian, actor, television, and film producer. He is a bit more shy when it comes to discussing his religious beliefs. He has stated: “I don’t normally talk about my religion publicly because I don’t want people to associate me and my flaws with this beautiful thing.”

He converted to Islam in 1998, but claimed that he doesn’t plan on going to Mecca For Haj until his late 40’s or so.

Born Aliaune Damala Bouga Time Bongo Puru Nacka Lu Lu Lu Badara Akon Thiam, this rapper is worth about $80 million. Although he was born in the St. Louis, Missouri in the US, he spent most of his life in Senegal, in Africa. He was raised Muslim and strongly identifies with the religion.

Apparently, he has never smoked or drank in his life, and in his song “Senegal”, he raps: “So what you know about how God comes first in our lives, everything that we do is for Allah.”

Originally born in Mumbai, Aasif Mandvi is an actor and comedian worth almost $1 million. He is very proud of his roots, and said: “Like an important time to say something as a Muslim-American, as a brown person, as an immigrant.”

He also said: “I feel like a lot of my work is about [exploring] that gap between cultures … I just want to keep building on that.”

Mandvi is known to have donated to many causes, especially disaster-relief, such as the flood in Pakistan.

Emmy Award-winning actress who starred in “The Exorcist” and “Requiem For A Dream” , Ellen Burstyn who is worth $145 million, was raised Catholic, but converted to Islam. She states: “I am a spirit opening to the truth that lives in all of these religions.” She began exploring Islam in her 30’s, and has been reported to mostly practice Sufism, or Islamic mysticism.

In general, she claims to connect with all major religions, which can explain her interest in Sufism, among other philosophies.

Worth roughly $4 million, Fareed Zakaria is a CNN host with his own show, edits for “Time” magazine, as well as writes a column for The Washington Post about foreign affairs.
Originally from Mumbai, India, Zakaria was raised by Muslim parents. However, he doesn’t consider himself at all religious. In fact, he spoke out against radical Islam in The Washington Post, stating that: “There is a cancer of extremism within Islam today.”

“A small minority of Muslims celebrates violence and intolerance and harbors deeply reactionary attitudes toward women and minorities. While some confront these extremists, not enough do so, and the protests are not loud enough.”

Born Shaquille Rashaun O’Neal, otherwise known as “Shaq”, is a famous NBA star, worth about $250 million. His first and middle name mean “warrior” and “little one” in Arabic, and he is a devout Muslim. O’Neal has stated publically that he plans on making the pilgrimage to Mecca, known as Hajj; only Muslims are honored entry into Mecca.

However, despite his devout faith, O’Neal has admitted to being a man of all faiths, simply because he’s a “people person.”

Dr. Mehmet Oz, who has his own show, “The Dr. Oz Show” is a professor and vice chair of surgery at Columbia University in New York City. His parents are immigrants from Turkey, but he was born in Ohio, and raised Muslim. He states that he mother was completely secular, but his father had a much more centralized approach to Islam, making it a big part of his and his family’s lives.

Dr. Oz admits to having had a long journey of trying to make sense of his personal beliefs, and while he isn’t particularly religious, he does describe his beliefs to be more in alignment with Islamic mysticism, like Sufism.

The famous boxer, with an estimated worth of $80 million, converted to Sunni Islam in 1975. He was inspired to do so via the Nation of Islam (NOI), and attended his first meeting in 1961.
He is profoundly committed to his faith and prays five times a day. During Ramadan, whenever his health allows, he also fasts.
When asked about how he feels about his faith, Ali said: “Being a true Muslim is the most important thing in the world to me. It means more to me than being black or being American. I can’t save other people’s souls: only God can do that. But I can try to save my own.”