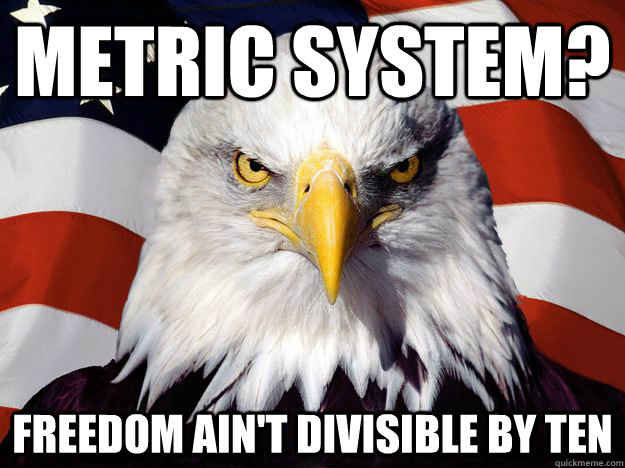 Every culture has something that foreigners find strange, and Americans are not immune to this.

While Canada and the US do have a bit in common in terms of culture, here is a list of things Americans do, that the rest of the world finds just weird:

America is probably the only country that encourages smiling at strangers.

If you’re American and traveling somewhere outside of the U.S., it’s likely that your (consistent) smile alone will give your nationality away.

While smiling is a completely natural facial expression, especially in proper context, in other countries, when smiling is overdone, it is perceived as strange, and can also be perceived as insincere.

Say “How are you?” Without Expecting a Response

“How are you?” has a question mark at the end for a reason.

In American culture, it’s common to pass by someone saying, “How are you” without waiting for their response, and proceeding to walk away.

Even some Americans find this action to be rude.

When foreigners visit the states, they’re sometimes confused as to why someone just asked them a question, but continues walking, indifferent towards their response.

Expect Everyone To Speak English

English is regarded as the international/business language and its unusual to come across people who don’t speak it.

People hailing from Europe, Asia, Africa, etc. will rely on their English skills to get by in a foreign land. Americans have a particular expectation that people they encounter speak their chosen language.

They generally have a reputation of exuding an arrogant sense of entitlement, expecting everyone with whom they communicate to speak English (most of the time without knowing a second language)..

What is especially curious is how many Americans seem to require not just English, but American English!

Barely Use Their Vacation Days

Extreme workaholism is a celebrated in the states.

In this no-vacation-nation, the average person gets 13 vacation days annually, yet half a billion vacation days last year went unused.

The US is the only advanced economy in the world that doesn’t require any kind of paid vacation time.

While Russians and other European countries’ citizens typically go straight to university right after high school, there is an inherent sense of urgency to go to school at 18 years old, and immediately begin making money.

America is the only country in the world that advertises prescription drugs.

With so much competition in the prescription medication space, Big Pharma companies seem to think that their edge is consumer preference for medication they know little about.

It is a bit strange to think that when you have a medical issue, based on a medication advertisement, you’d go to the doctor to “ask about Lunesta”.

Don’t we go to the doctor for a diagnosis, and only then discuss options for treatment, not the other way around?

When foreigners visit the US, they are sometimes baffled to find that it is a part of American culture to get free refills at restaurants.

Abroad, generally, one pays for one glass of a certain drink.

In order to receive a refill, a new glass of the said drink must be purchased.

Not in the states! In some fast food establishments, there are soda fountains, which are self-serve drink stations that one can use to refill his drinks as many times as he’d like…for free!

The most apparent aspect of American culture that does not seem to spread anywhere else is the excess friendliness of its people…for no reason at all.

Similar to smiling constantly, the excess friendliness is also something that foreigners tend to find strange and also very insincere.

Sure, it’s pleasant to be pleasant, but sometimes it seems like smiles are glued to faces.

A worker might be employed at a customer service line, or some other service-oriented position, it’s pretty unlikely that “they’re happy to be of service, and if there’s anything they can do to further assist you, it’d be a real pleasure”.

Have An Obsession With Being Politically Correct

There’s being tactless, and then there’s tact while telling it as it is.

The excess friendliness is a minor manifestation of the political correctness that dictates much of the self-expression in the US.

For example, there are racists everywhere in the world, but in the states, regardless of whether or not one is truly racist, it’s unlikely that they’ll make a comment saying “I hate (group)”.

Even insinuating someone’s skin color in a completely neutral manner is typically avoided as well.

Use Their Own Measuring System

There are many myths and reasons behind why America doesn’t use the metric system that is used almost everywhere else in the world.

Ironically, the US customary units system was derived from the British Imperial system which was in use before American independence in the 18th century. It is the only country that uses this system.

While it actually does use the metric system for certain things like chemicals and production companies.

Other items such as food, height, weight, distance, and length are still measured in pounds, inches, feet, and miles.

Tipping in the US isn’t mandatory, but if you don’t do it, or tip badly, it is looked down upon.

Tipping standards and rules may vary from place to place, or from person to person.

Typically 10% is the minimum amount that should be left at a restaurant with table service.

In Japan, for example, tipping is a definite no-no, and if tipped, a person might be confused as to why you gave them so much money, and might try to give you your change.