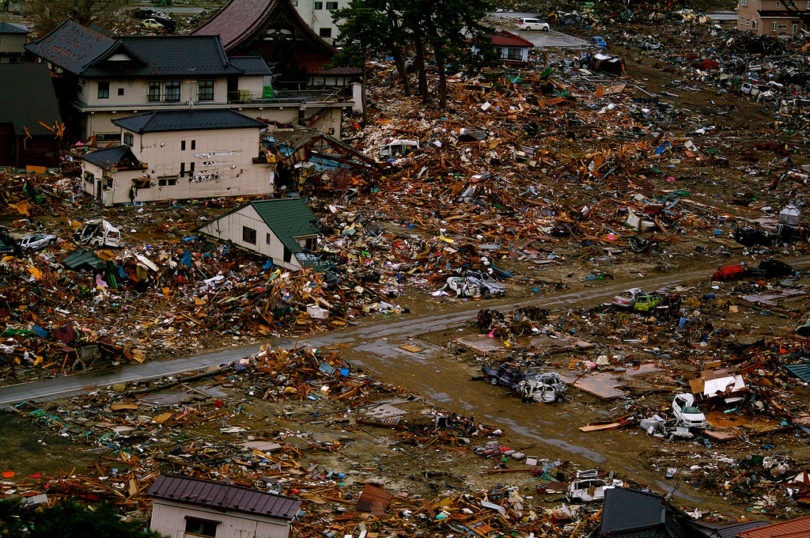 Earthquakes are one of the worst natural disasters that can happen to a country, as not only does it have an immediate devastation, it can have huge consequences for the aftermath. This can include tsunamis, aftershocks that are just as significant, and substantial rescue efforts for weeks after the initial earthquake.

This list compiles some of the worst earthquakes the world has seen since 1900. There are obviously more incidents, such as the most recent Japanese earthquake remembered by many as the one that caused the nuclear emergency. However, these are a few that we thought should be remembered from a time when aid was not available as quickly as it is today.

In 1960, Chile suffered one of the worst earthquakes the earth had ever seen. With a 9.5 rating, it can be compared with 1,000 atomic bombs going off at the same time. It’s easy to say that this earthquake was going to go down in history. On a Sunday morning, Chilean residents had no idea that later on that afternoon their lives will be changed forever. The most affected city was Valdivia, around 350 miles south of Santiago.

The earthquake itself lasted around 10 minutes which created a tsunami that reached not just Chile, but Hawaii, Japan, the Philippines, eastern New Zealand and Australia. The waves of the tsunami were recorded to reach up to 25metres in the closest point to the earthquake, and waves as high as 10 meters reached 10,000 km from the center of the blast.

This wasn’t the first earthquake to hit Chile in this period of time, over the course of two months Chile was subjected to numerous earthquakes. The first one hit with the strength of 8.1 the day before earthquake Valdivia, and other smaller earthquakes continued until the 6th June 1960.

Even today, it is not certain what the death toll and losses are. Various sources estimate between 3,000 to 6,000 people lost their lives that day. The financial repercussions are said to be between $400 million to $600 million (approximately $3 billion in today’s money).

This earthquake is known as the Great Alaskan Earthquake that happened on Good Friday 1964. The length of this earthquake was 4 minutes thirty eight seconds, which is the longest and most powerful earthquake ever recorded in North American history.

The destruction that was caused was extensive. Many communities were ruined and many structures collapsed. Even though some of the buildings were supposed to be ‘earthquake engineered’ they failed to withstand this disaster. The earthquake caused two types of tsunamis that reached over 20 countries, including Peru, New Zealand, Japan and Antarctica. The largest wave was recorded in Alaska, reaching heights of 67meters. The tsunami damaged hundreds of homes and even washed away entire buildings.

Eleven major aftershocks were recorded on the first day at a magnitude of 6.0 and there were an estimated 1,000 aftershocks that were felt in the following months, which were still very significant.The death toll is estimated at around 139 people, though only 15 died from the earthquake itself, the consequent tsunamis took the lives of the rest.

The property damage costs were around $311 million, or $2.28 billion in today’s currency.

Though this earthquake wasn’t as powerful as the first two on our list, the devastation and lives it took puts it high on the list for being one of the worst earthquakes in history. In Chinese culture, natural disasters are the sign for dynastic change. The consequence of this earthquake led to the expulsion of the then leader, Hua Guofeng of the Communist Party.

It is thought that this earthquake is the largest in the 20th century with regards to death toll, the estimated number of lives lost is around 255,000, with over 164,000 people injured. These figures have been debated, with some sources stating that more than 700,000 people died. There were early predictions for this earthquake, even a month and a half before experts were warning that there would be a devastating earthquake in the region.

After the second serious warning, many council members started to take notice and put in measures to try and prepare for the upcoming force. Even in the days close to the final impact, locals noticed gas leaks from wells and restless fish trying to jump out of natural aquariums.

The economic loss was around 10 billion yuan. Following the earthquake, the Chinese government wen full throttle to rebuild the destroyed city of Tangshan. Today the city is called ‘The Brave City of China’ and has around 3 million residents.

This recent earthquake is sometimes forgotten due to the terrible disaster that struck Japan just one year later. The Haitian earthquake had an extremely high death toll with 316,000 deaths, 300,000 injured and over a million people left homeless.

Haiti has had years of financial problems, including national debt and unfair trade policies by other governments. This made the crisis even worse for Haiti, as they had very little power to help their citizens.

Many countries helped by pledging aid in the form of money and actual humanitarian aid where people from around the world came to Haiti to deal with the situation. Engineers, medical team and other volunteers were sent to Haiti and helped restore the country and treat the survivors. 52 aftershocks were recorded in the following weeks that reached 4.2 on the Richter scale.

The morgues were at over capacity with tens of thousands of bodies, which led to mass graves around the city of Port Au Prince. After the aid started to disappear, medical and health care became a priority. There was delay in some additional aid which caused looting and violence.

After 10 days the UN stated that the emergency was over and the search for more survivors was stopped by the Haitian government.

The oldest earthquake on our list comes from Italy. A few days after Christmas, the city of Messina was hit by a 7.1 earthquake that took around 123,000 lives. The city itself was almost completely destroyed, as was its neighboring city called Reggio Calabria.

The earthquake was felt for approximately 40 seconds, where the ground shook and buildings fell. This reached almost 300km radius, and caused an instant tsunami to hit the surrounding coastal areas. As the earthquake had damaged all of the telegraph lines, the news was sent out by Italian torpedo boats to a nearby city where they were still working.

There was very little the residents of Messina could do as many of the rail roads were also damaged and getting in or out of the city was extremely difficult. Surviving people and families were still being taken out of the rubble a few days later.

The disaster brought international attention and aid to Italy. British and Russian fleets helped carry out the search and rescue and also almost a 1000 residents were relocated to the USA in order to rebuild the city.