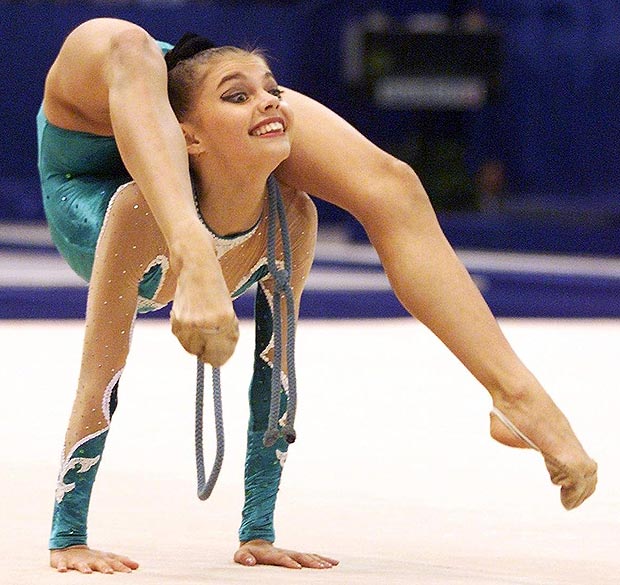 The stereotypes regarding the Russian people seem to be endless. From being an nation of raging alcoholics, to promiscuous women, to all somehow being involved in the mafia, the world has established some pretty solid opinions about Russians.

Whether or not you believe in some of the stereotypes about Russians, here are 5 misconceptions about the Russian Federation and its people:

The way some women (not only Russian) behave while on vacation, is far from indicative of the nation at large. This doesn’t mean that there aren’t “easy” women among the Russian people, but certainly no more than any other nation.

Actually, Russian culture is quite old-fashioned, meaning that people often marry young, and one will probably be judged for having many partners. In fact, because of the pressure to marry so young, combined with the woman to man ratio being so disproportionate, young Russian women have a lot to be concerned about within their communities. For example, after the age of 25, if a woman in Russia hasn’t given birth yet, her medical file is categorized as “old”, so if anything, most Russian women seek serious partners, especially marriage. Some men who have dated Russian women, regardless of their ethnic background or nationality, have had conversations with their girlfriend’s father, brother, or another male relative, inquiring what their intentions are with their daughter, sister, niece, etc. Sometimes they’ll even ask when and if they plan on marrying the girl, so as to avoid a potential heartbreak on the girl’s behalf.

Casual dating is a constant activity for most Russian women, but is only a temporary phase that should lead into marriage or a more serious relationship.

While in general, it’s safe to say that Slavic languages sound similar to one another, they are still different languages.

Ukrainian is probably one of the closest languages to Russian, but that doesn’t mean that native Russian speakers are capable of keeping up with Ukrainian television.

As far as Polish and Czech, while they might come more easily to a Russian speaker, they still require actively learning the language. But just as not all Germans magically speak and understand Dutch, despite the laundry list of similarities one might recognize if they know at least one of the languages, not all Russians are magically able to understand everything in a language of the same group as their mother tongue. Besides, the Russian language is already complex as it is, one can only imagine what the rest of the Slavic languages are like in terms of their complexities.

Considering that there are at least 10 languages in the Slavic language family, this misconception can be safely laid to rest.

Sure, it’s unlikely that when you first meet a Russian that they’ll smile or execute any kind of friendly gesture.

However, it’s important to know that this isn’t because they’re cold or mean-spirited (in fact, the opposite!).

Russians have a deep appreciation for sincerity, and unless they know you, they see no point in smiling at you, you’re a stranger. This mentality can be attributed to times in the former Soviet Union, where people were being ruled by politicians who controlled every aspect of their lives for the worse, except for their friends and relationships. Everything was taken away from them, and quality of life was compromised greatly. As a result, Russians have a tendency to develop very deep friendships over time. Friends are additions to their blood relatives, and you should know that since family is everything for Russians, then it means that friends (genuine ones) get equal treatment. This is manifested in the form of being willing to drop everything for a friend at 2 a.m. if need be, or to listen to each other’s troubles for hours on end. Russian friendship is very deep and lasts a lifetime, so if you meet a Russian person and they’re not super friendly in the beginning, give them a chance, and it’s likely that they will give you the world if you give them a chance.

Once you are a part of their friend circle, though, you will experience more warmth and loyalty than you could ever imagine.

Russians Drink More Than Any Other Nation

This is probably the biggest misconception about Russians.

They actually have the 32nd highest binge drinking rate in the world, and while drinking is a common thing in Russia, it is usually more of a ritual.

Russians typically drink with friends, not binging or downing shots quickly, but rather with a big meal. This is another difference between Russian cultures and many other cultures: Russians drink on full stomachs, and even continue grazing throughout the night while drinking. Also, Russia is no different than the rest of Europe in that children do begin to drink early, so their tolerance is generally pretty high by the time they become young adults. Additionally, over the years, vodka has become a cultural staple, as well as a source to keep warm. While drinking is most definitely a typical Russian pastime, it’d be wrong to say that all Russians are alcoholics, and that a majority of them are out of control with their drinking habits.

You’ll never go to a Russian gathering without zakuski, or “appetizers”.

All Russians Are Communists

Not since 1991, they’re not. The fall of the Soviet Union in 1991 didn’t miraculously change Russians’ political ideology.

Contrary to popular opinion, it would be flat-out inaccurate to say that Russians, even during the times of the Soviet rule, enjoyed communism.

Many Russians managed to move to western countries after the fall of the Iron Curtain and immersed themselves in Western capitalism and culture. Additionally, just because someone is from a country that was governed a certain way, doesn’t mean that they enjoyed it, or supported the way of the government. In fact, the opposite. For example, communism in Cuba is still very much so prominent, but that doesn’t mean that the general population enjoyed the way the government was being run. Many Cubans, like Russians, or those from the Former Soviet Union, tried to get out as soon as they could, and immigrated to other countries. When the iron curtain fell, many Russians immigrated to places like New York City, Los Angeles, and Chicago, among other cities in the United States, as well as other places in the world.

A majority of them actually like democracy, and some even advocate for a restoration of the Russian monarchy.

Anyone Who Speaks Russian Is Russian

To make the statement that everyone who speaks Russian IS Russian, is just like saying that everyone who speaks Spanish, is Spanish, which is absolutely absurd and inaccurate. The only people who are Spanish are Spaniards from Spain. If someone is from Colombia or Argentina, or Mexico, they are Colombian, Argentinian, and Mexican, but are Spanish-speaking. The same goes with the Russian language versus nationality. Russian is the official language of countries that used to be a part of the Soviet Union.

These countries include Ukraine, Belarus, Armenia, Azerbaijan, Estonia, Georgia, Latvia, Lithuania, Mongolia, Moldova, Turkmenistan, Uzbekistan, as well as Kazakhstan and Kyrgyzstan. This is one of the biggest misconceptions because while Russian may be an official language in a plethora of places, there is quite a difference between speaking a languages, and being of a certain nationality. In this case, unless your ancestors/relatives were from the Russian Federation, or you were born there, you are not Russian, but could very well be Russian-speaking.

All Russian Men are Chauvinistic Pigs

Contrary to the popular belief that all Russian men are chauvinistic, wife-beating pigs, you’d actually be surprised to know that they are rather gentlemanly, and more chivalrous than a majority of cultures. From an early age, they are taught that they must always pay when going out with a woman. If a woman resists a man paying for her, this could lead to the man becoming offended and frustrated, and not understanding why she won’t allow him to pay.

While of course, the times are changing in some aspects, the importance of gender roles is still prominent in Russia. Again, this doesn’t imply chauvinism or misogyny at all, it is simply that Russians are very traditional when it comes to courtship and marriage, so tradition dictates to them that they should provide, whereas women should take care of the house and children.

Even in the context of just being polite, Russian men tend to hold doors women or the elderly, or if they see an elderly person struggling to carry something heavy, it is likely that they will approach them to assist them.