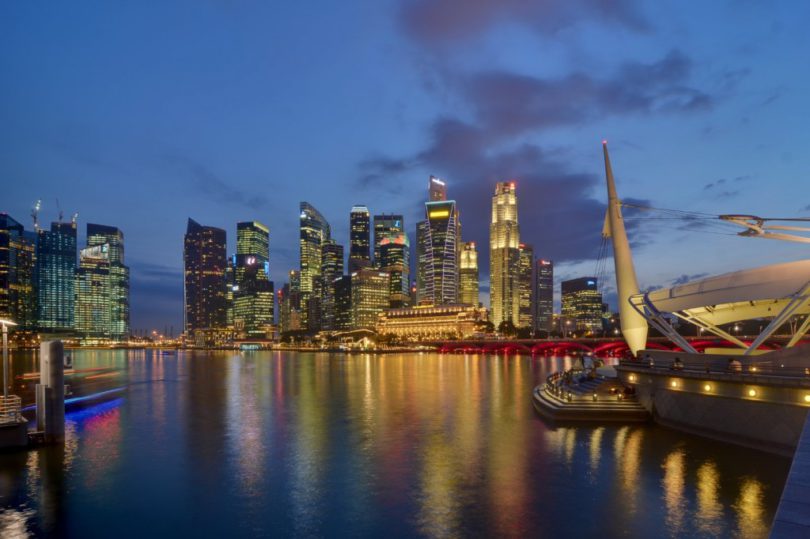 Ever since the Black Death back in the 14th century, the human population hasn’t stopped from growing. The most significant boost happened in the past 50 years, and that’s because of advancements in agricultural productivity and medical developments.

The United Nations is extremely concerned because in sub-Saharan Africa, the population is rising at an insane pace. As of December 23 this year, the world’s populace was estimated at 7.214 billion according to the United States Census Bureau. The recent increases in human population are triggering some serious concerns. By 2040, experts predict that the planet will be inhabited by 10.5 billion people. Overpopulation is a fact, not a myth. Its main set off is the difference between death rates and birth rates. Advanced technology and better medical care has led to the overpopulation of some of the world’s smallest countries, too. Even though too many people may create a lot of problems, it can also help boost that country’s economy. Here are 5 small countries with too many people.

Monaco’s official name is the Principality of Monaco, and it is a European country squeezed in roughly 200 hectares. Its number of people: almost 40,000. Even though the number of residents is not that significant, the country can easily be compared with a small neighborhood in New York City. And yet, some of the wealthiest people in the world live in Monaco, so it’s not really an overpopulated country with residents who don’t have jobs. On the contrary, it’s an independent state with a fruitful economy. Some might consider Monaco the perfect country to start a living, although very few can actually afford to live there.

The confetti principality is the world’s 2nd smallest countries after Vatican, and even though its size is mediocre, the quality of the people compensate for the deficiency. Extremely glamorous, glitzy and opulent, Monaco is mesmerizing. The sovereign state is not a member of the European Union, even though it participates in the European Union customs territory, and it also has the Euro as a main currency.

The country’s economic development skyrocketed in the 19th century when its first casino was opened, in Monte Carlo. There was also a railway built to connect Monaco to Paris. Together with its splendid sceneries, mild climate and gambling facilities, Monaco managed to become a premier travel spot, as well as one of the world’s tinniest countries with the highest number of people.

As opposite to China, where overpopulation leads to starvation and poverty, in Monaco things are a lot different. The locals are either rich or super rich; overpopulation improves the economy because residents spend more and they also invest more.

The sovereign state of Singapore is an island country on the south east side of Asia. Apart from the main island, the state also includes 60 small islets.

As of 2014, Singapore’s population was estimated at nearly 5.5 million people. Considering that the total area is about 700 square km and the density is 8,000 people per square km, it’s safe to say that Singapore is a crowded country with too many people living in it.

There have been many talks about Singapore’s number of residents, and it looks like the nation is thinking of organizing an anti-government manifestation in an attempt to boost the island’s population with 30% by 2030. Ironically, Singapore is already overpopulated; however, it does have some pretty tough laws, laws that control society and limit its prosperity levels.

Currently, Singapore features an incredibly developed economic system based on extended trading. Together with Taiwan, Hong Kong and South Korea, the nation is one of the 4 Asian Tigers. In the eyes of the residents, the Singaporean economy is innovative, competitive, business-friendly, and ultimately, free.

According to the Index of Economic Freedom, as of 2013 Singapore was ranked 2nd freest economy types in the whole world, after Hong Kong.

Officially known as the Kingdom of Bahrain, the island-country is positioned close to the eastern coastline of the Persian Gulf. The whole kingdom is in fact an archipelago with an estimated population of 1.4 million people.

With a density of about 1,600 residents per square kilometer, it’s safe to say that Bahrain is an overpopulated Arabic country. Even though it never managed to reach Saudi Arabia and Kuwait in terms of diversity, Bahrain is still a beautiful country with lots of amazing things to offer and an admirable culture.

Because the country’s economy doesn’t rely on oil, Bahrain is the 1st state in the Persian Gulf with a post-oil economy. Ever since the 20th century, Bahrain chose to invest a lot of money in tourism and banking sectors. Its capital, Manama, is a major financial and cultural hub. Back in 2008, it was proclaimed the fastest growing financial milestone in the world by the Global Financial Centers Index in London. Its financial and banking systems, especially the Islamic banking sector, has skyrocketed in the past decades due to increasing oil demands.

Bahrain is dependent on food trade in. Its growing population must be fed, so the country relies on meat import from countries like Australia, as well as on fruit imports in proportion of 75%. The nation only has 2.9 arable land which means its undependable agricultural system can’t cope with the number of people. It’s not all sunshine and roses in Bahrain though. There’s a high unemployment rate among the young generation.

With every year that goes by, more and more people populate the country, and even if there are resources to feed the people, these are not endless.

The southern European country of Malta is in fact a 7-island archipelago with an estimated number of 450,000 residents. With roughly 1,500 people per square kilometer, some would say that Malta’s too crowded considering its reduced size.

And yet, the nation has a lot to offer, starting from exceptional culture to exquisite places of interests and an interesting history. Malta’s overall size is somewhere at 316  sq. km, which means it is one of the smallest in the world, but also one of the most densely populated. Valletta, its capital, is only spread on 0.8 sq. km and it is the smallest in the EU.

Malta’s strategic location had quite an important role throughout history, and after gaining independence from the UK, in 1964, it became a republic nation in 1974. As of 2004, Malta is part of the European Union and in 2008 it was included in the Eurozone. Famous for being a favorite European travel destination, Malta’s warm climate, architecture and recreational areas have drawn numerous international travelers.

The native Maltese people represent the majority of the residents in the country; nonetheless, there are minorities, too, which are the Britons. As of 2011, the estimated population was somewhere at 408,000 people and right now, in 2014, the number has gotten to 450,000. Soon enough, overpopulation will kick in, and Malta may have to deal with further financial concerns considering its size is too small to bear such a high number of residents.

What will happen if the population exceeds 1 million by 2020?

Last but not least, we have Barbados, one of the world’s most famous destinations for travel aficionados and honeymooners traveling from the other end of the world.

In the eyes of the foreigners, Barbados has it all – exquisite nightlife, superb beaches and an interesting, welcoming population. Many come here to visit the country, yet only the residents can understand the real meaning of its sovereignty. This incredible independent country only spreads on 432 sq. km, and it is positioned on the western side of the Atlantic. Its overall population is estimated at 230,000 people, and due to its reduced size, Barbados is a small country with too many people in it, 660 per sq. km.

Who wouldn’t want to live in Barbados since it is considered the 51st wealthiest country in the world after GDP (gross domestic product). Its economy is doing pretty well, and the overall standard of living is medium to high. The World Bank says that Barbados is positioned on 66th place with the highest economies in the world; in 2012, a related study revealed that only 20% of the residents live in poverty and 10% don’t have food and shelter.

Barbados’s growth in population is 0.33%. Even though there are locals who choose to immigrate to English-speaking countries, Barbados still remains a crowded country with a lot of people. As far as the communities are concerned, the majority is dominated by the Afro-Caribbean; the rest are Indo-Guyanese, Euro-Bajans, Chinese-Barbadians, Lebanese, Syrians, and Jewish.

There’s no doubt that the Earth is an extremely crowded place to live in. While some countries are remote and impossible to reside in because of unbearable weather conditions, others are too crowded and over-packed with people. As opposite to larger countries in which overpopulation leads to poverty and starvation, smaller ones are doing pretty well now, but will have to endure serious issues later on.

Because of their small size, at some point there will be no room for more people, and riots will began economies will crash and governments will have to impose some very strict regulations. That won’t happen right now, but it may in 20, 30 or 50 years from now.