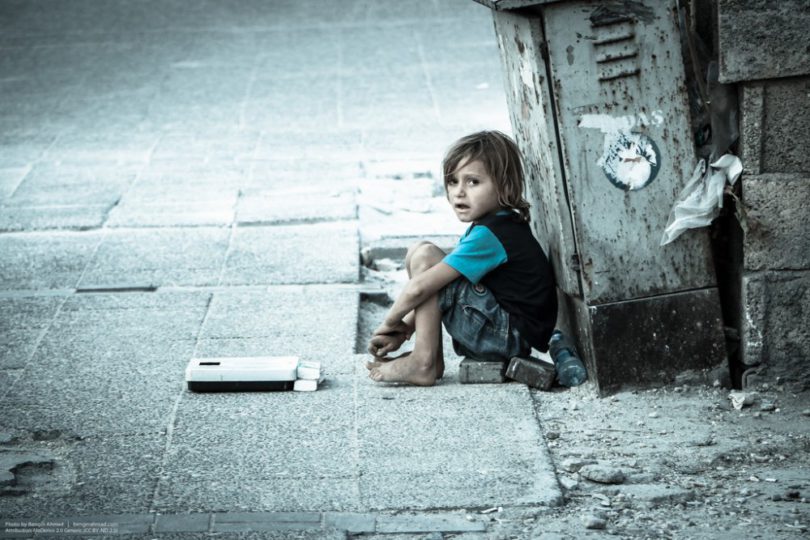 It is difficult for many people to understand what being a refugee actually means. The definition of a refugee is a person who is living outside of his country of nationality due to a fear of persecution. This could be due to race, religion, sexual orientation or political opinion. It is common knowledge that a refugee is not able to be protected by their government so they often flee to other countries and remain there as they cannot go back home.

At the end of 2013 there were 16.7million refugees recorded worldwide. Now following the Syrian crisis and the Arab spring revolutions, the number is likely to be much higher. There can be as many as 30,000 people per day leaving their homes seeking protection.

The places that host over 86% of the world’s refugees are developing countries, this is an increase of 16% when compared to ten years ago. To find out more about the darker side of the world we live in, keep reading and it might inspire you to help people in need.

The US has always had a humanitarian tradition of providing refuge to those fleeing persecution and war in their countries. The country often helps refugees through charity organizations that provide resources such as job training, community engagement, and financial support.

Currently it is estimated that there are 264,763 refugees living the US. The total population of the USA is over 321 million people so it is difficult to tell how correct this number is. Some large refugee populations are very prominent in the American culture, and it has strict requirements for who they let in.

There are three requirements: firstly the asylum seeker must be fearing persecution in their own country, this has to be on account of one of five grounds – race, religion, nationality, political opinion, and social group. The last requirement is that the applicant must show that their countries government is unable to control the persecution or that they are carrying out the crimes.

Many of the refugees in America come from Iran (25%) or Burma (23%). Other countries include Bhutan, Somalia, Cuba, Iran, DR Congo, Eritrea, Vietnam, and Ethiopia.

It is difficult to comprehend the severity of the Arab spring revolution and unrest until you hear about Syria. Since 2011, an estimated 9million Syrians have fled their homes and are living either in neighboring countries or within Syria. It is predicted that around 3million have dispersed to Turkey, Lebanon, Jordan and Iraq. Over 6.5million have fled their homes but remain within Syria under immense persecution.

A relatively small number of refugees have found asylum in European states, Germany being holding a large proportion of them (85%). From 2013, it is stated that half of all of the Syrian population has been displaced. These shocking figures made big news at the time it all started, however, in more recent times people are less aware of the situation. There are hundreds of thousands of Syrians waiting to get asylum papers which would allow them to take refuge in neighboring countries, but for the time they have to wait within Syria, as refugees in their own country.What’s even scarier in Syria is the looming presence of ISIS – the extremist Islamist terrorist organization.

They have gained control in areas of Syria and often execute people who do no comply with their religious beliefs. Being a refugee in Syria is probably one of the scariest and volatile places to be.

There have been efforts to help the crisis, and a lot of world aid and relief has been provided. Since 2002, over 3.5million people were helped to return to their homes by charity and government organization that strive to help the worlds refugee population.To complement the international aid, the Government of Pakistan has recently increase Proof of Registration cards until the end of this year, issued birth certificates, provided land for some of the refugee villages and offered education and health clinics.

Many organizations have helped the region by setting up local aid providers that can directly give support to the local people.

An unlikely country in the list is one of the world’s strongest economies. Germany is one of the leading refugee supporters in Europe, which may stem from their less accepting history from WW2. There are numerous different groups that seek asylum in Germany, but the largest population are from Syria.

In 2014, Germany saw a 55% increase in asylum seekers, which was mainly due to the Syrian Civil crisis. Some of the people seeking refuge in Germany come in on student visas and make the most of the German education system. However the majority of refugees come in on asylum and have to assimilate to the culture and society.Germany gives the refugees in its country access to healthcare and other social benefits, though the permit is temporary, therefore re-applications may be rejected and you can be sent back to your original country.

This is much safer than being persecuted in their home country, though many are unsure if they will ever be able to go back.

It might not be common knowledge, but there are hundreds of thousands of Afghan refugees living in Iran for more than 40 years. During the late 1970’s many Afghan people fled their country due to civil wars and problems with a militant government.

An international refugee aid organization estimated that Iran now hosts around 950,000 Afghan citizens. However, the Iranian Ministry of Interior claims that there are around 3million displaced refugees taking shelter in Iran. The initial reason why Iran allowed so many asylum seekers to come in was to allow the Afghan people to escape the Soviet war. Now that there is no further threat, Iran has been forcefully deporting the refugees back to Afghanistan.In 2006 146,348 undocumented Afghans were deported, and thousands currently sit in Iranian jails.

It has been reported that since early 2002 almost 5 million people have been sent back to Afghanistan. Many reported torture and mistreatment from Iranian police.

Over the years, Kenya has been getting more attention from the international community regarding their levels of refugees. For over 3 years in a row Kakuma camp, in southern Kenya, has been receiving record numbers of refugees from Sudan.

The Kenyan government decided to open its borders to Sudanese asylum seekers due to the increasing problems in the area. In 2014 alone there were more than 42,000 new arrivals from South Sudan. Official reports say that around 70% of the asylum seekers and refugees in Kenya come from Somalia, whilst 20% are from Sudan and another 4% from Ethiopia. One of the biggest issues many refugees face in Kenya is that they cannot naturalize, which means that children born in this situation are often not granted citizenship and remain stateless.

This can cause problems in the future in being documented or having a recognizable nationality.

The End! Thanks for visiting! Check out more cool articles every day!