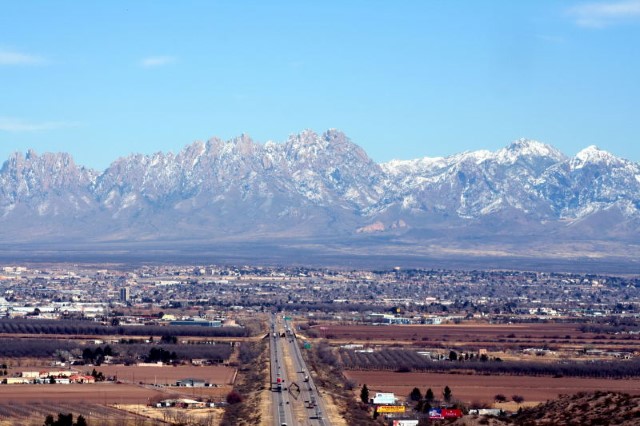 Although the United States is recovering from the recession, some cities are still struggling to survive. The median household income for 2013 was somewhere around $52,000.

Out of America’s 372 metropolitan areas, only 16 recorded noteworthy increases in median income per household between the years 2009 and 2013. Also, out the 372 areas, 115 went through significant declines. With a median income per household of $92,000, the San Jose metropolitan area is America’s richest, while Sebring in Florida features a median income of only $33,000 per household. Poverty rates and income levels are closely related even though they don’t always move in the same direction. As a matter of fact, poverty status is measured by the Census Bureau which determines the income threshold per household based on family size, householders’ age, and number of kids. Therefore, in areas with extremely low income levels, poverty levels are extremely high. Only several industries feature high-paying jobs and the nation’s wealthiest cities usually have a high concentration of those jobs. The most important factor in determining the median income of a city is the core industries that hire the most residents, but also the type of jobs involved. Jobs related to information technology pay the highest salaries, while low-income metro areas pay the lowest because they’re focused on domains such as agriculture, retail, low-tech manufacturing and service. Here’s a detailed list with 7 of American’s poorest cities.

With a population of nearly 100,000 people and a median income of $34,000 per household, Pine Bluff seems to be stuck in 2010. Unemployment rate is 10%, which is extremely high considering the town’s number of people. In spite of the extremely low income rates and high unemployment level, Pine Bluff’s 13.8% of the population had incomes of $10,000 per year.

Featuring a poverty percentage of 24%, the town has one of the highest rates in the whole USA. Jobs are difficult to find, although according to the Bureau of Labor and Statistics, the area’s total unemployment rate has been declining since 2006. Destroyed by what people call a “thug life”, Pine Bluff’s community doesn’t show any signs of recovery.

There have been many killings happening at random on the streets of this city, and according to some of the locals, the community can improve if there were more job opportunities. Unfortunately, there aren’t.

The median income per household in Las Cruces is $36,000. Considering that the city has 200,000> people, it’s safe to say that the locals are not doing well.

Unemployment rates are somewhere around 7.5%, while the poverty rate is 27.8% (the 8th highest in the US). As opposite to other poor cities spread across the nation, 28% of the younger population in Las Cruces has at least a BA diploma. Also, the city’s unemployment rate was situated somewhere in line with the average nation’s rate, 7.4%. Nonetheless, a lot of residents in Las Cruces still struggle with poverty and low incomes.

That’s mainly because 79% of the locals who are in their 30s and 40s only have high-school diplomas.

In 2013, an ordinary household earned only $36,000 on average, and roughly 28% of all residents lived underneath the poverty line; across the nation, the average poverty rate is situated at about 15.8%.

Featuring a population of nearly 120,000 people, Anniston’s metropolitan area also includes Oxford and Jacksonville. It is one of the poorest in the US where the median income per household is situated somewhere at $37,000.

The absence of an educated workforce is one of the main reasons the city’s doing so bad financially. In 2013, only 15% of young residents who were 25 and older got a BA degree. In spite of the low income rates, roughly 14.5% of Anniston’s metropolitan area didn’t have health insurance in 2013.

As for employer-sponsored plans or private insurance, only a couple of residents could afford such luxuries.

The metropolitan area of Cumberland has about 102,000 residents and an unemployment rate of 7.4% (which is the 152nd highest in the US).

However, unlike other poor cities in the US, in 2013 over 90% of young adults finished high school; on the downside, very few residents pursued a higher education. On average, only 16.5% of young adults in Cumberland have a BA degree as of 2013. The figure presented is one of the lowest in the whole nation.

In spite of the city’s low-paying jobs, the people of Cumberland have health insurance in proportion of 88%. Believe it or not, things weren’t always that bad.

One known as the “Queen City”, Cumberland’s started declining after the Second World War, when all the technological developments moved to the cities on the eastern coast.

As for the poverty rate, the city features an incredibly high percentage of 26.9%, the 9th highest across the US. According to a survey performed by Bloomberg in July 2014, Valdosta’s population is decreasing faster than in any other city in the United States.

The survey was based on numerous sources, including from the Census Bureau. Official documents state that 27% of the population lived in severe poverty in 2013, and that percentage was one of the most significant in the nation.

McAllen’s metropolitan area features a staggering population of 800,000 people. In spite of such a significant number, the median income per household is $35,000.

Featuring a poverty rate of 34.3% (the highest in the US), the city’s unemployment level is the 21st highest with 10.8%. According to statistics, even if McAllen manages to survive the recession, it might take years, even decades for the city to sense a visible decrease in poverty rate.

The incredibly low income rates aggravate the city’s other major issues. First of all, over 36% of the population didn’t have health insurance in 2013, which means they can’t afford to spend money on medical assistance. 1/3 of all households got food stamps last year, so the people are doing everything they can to survive.

And since one problem usually leads to another, very few people in McAllen can afford to buy healthy food.

Most residents get by the day on processed aliments, which trigger many health issues in time. The lack of a health insurance eventually leads to severe illnesses and this only increases the annual mortality rate among the population.

As for the unemployment rate, 8.2% of Sebring’s population doesn’t have a stabile job. Recent numbers showcase that the average annual salary of $33,000 is the lowest in the nation. As opposite to other poor cities in the US, Sebring’s people are not interested in a higher education.

Only 15.1% of residents got a BA degree as of 2013. Sebring has some of the cheapest houses on sale in the States, and 29% of all the residences in the city are worth under $50,000. Considering the low value, many outsiders looking for a place to start a family, avoid Sebring. Some are even willing to pay more just to reside someplace else. Last year, 7.6% of the homeowner inventory remained vacant, and the percentage was the highest in the country.

As far as the poor economies are concerned, the proportion of retail and low-end manufacturing jobs has boosted tremendously in the past 3 to 4 years. In the United States, 11.6% of all the people work in the retail business. Out of the 7 poorest metro areas we just mentioned across the nation, all of them exceed that margin. Believe it or not, people have to do whatever they can to survive; because of the recession, these low-end jobs are growing in America’s most unfortunate cities, and increasingly more people without a higher education are compelled to get in a job in fields such as retail, food service, or hospitality.

These jobs don’t pay the highest wages, but at least they’re enough for residents who want to have a roof over their heads and look after their families.