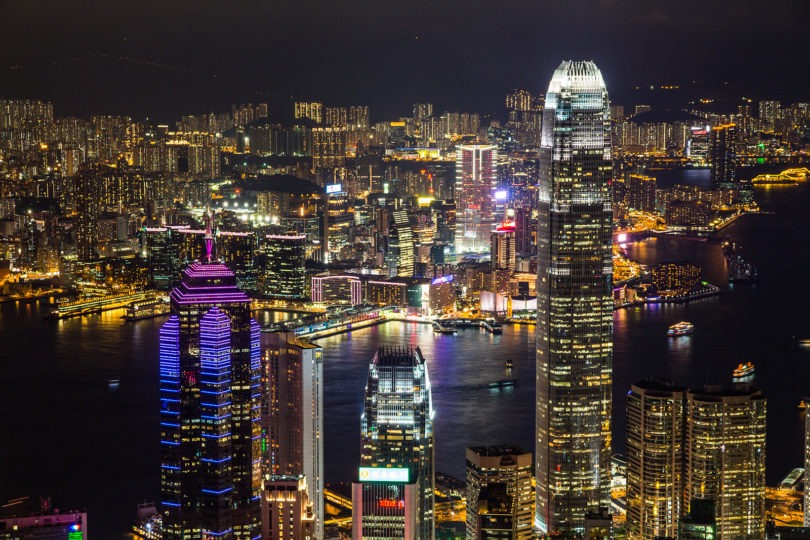 “An urban area is a continuously built up land mass of urban development that is within a labor market (metropolitan area or metropolitan region).” Demographia World Urban Areas

With the industrial age behind us and the technological age in full swing, cities are spreading rapidly from their nucleus. Determining what the largest cities in the world are depends on what you are measuring, whether it’s the land area or its population.

More typically, the size of a city is measured on the population as the availability of high rise living spaces means that more people can live in a smaller amount of space.

Last year Demographia World Urban Areas looked into the densest urban areas of the world, and highlights 922 places that compromise over 50% of the world’s urban population. These cities combined contain 1.92 billion inhabitants; this list will just touch the surface of the largest cities in the world and either amaze or bewilder you.

Shanghai is the largest Chinese city, one of three on our list, which has a growth of approximately 38% from 2000 when the population was a small 16.7 million. The name Shanghai is derived from the two Chinese characters ‘shang’ and ‘hai’ which literally means above-the-sea.

Situated on the eastern coast of China, Shanghai has historically been a significant port city. The flat, sandy ground forced building contractors to build their skyscrapers into concrete deep in the ground to maintain their structure. Around 21 million people live in the urban areas of Shanghai, and the rest on the rural considered land. Shanghai is one of the top tech cities in the world and has over 14 metro stations, 329 stations and 334km of track just within the city.

The metro can service over 7million users per day, which just goes to show why Shanghai is at the top of the list for largest cities.Funnily, Shanghai is low in air pollution compared to other Chinese cities, however on international standards it is still rate in the high zone.

They say that living in urban areas will shorten your life, but in Shanghai the average life expectancy is 82, which is still considered an above average age.

Karachi could be called the New York of Pakistan. With a nickname the city of lights for a city that never sleeps it’s clear to see why. Also a port and the financial center, Karachi is the largest city in the Muslim world.

Initially, the city was the capital of Pakistan, however later on Islamabad was made capital to spread the wealth and dilute the concentration of the population. Karachi’s population soared dramatically after Pakistan’s independence from the British.

Many people from the other Asian countries came to settle in the city for financial and life prospect motives. The inhabitants of the city are often referred to as Karachiites, and are a mix of all types of ethnicity which makes Karachi a cultural playground.

In just over 60 years the city’s population grew from about 1 million to over 23 million people.

Beijing is the second most populated city in China and sits third in world rankings. It has been a center of human inhabitants from early history, as early as 3000BC. It has also passed numerous names, including the well-known ‘Peking’.

Beijing has always been a megacity, between the 15th – 19th centuries it was considered the largest city in the world. The city is also infamous for its air pollution, though it was concluded in 2006 that most of its pollution comes from the neighboring populated areas.

One of the problems of being a megacity is the difficulty to balance the ratio between financial, social and health issues with population growth. This concern has forced the municipalities of Beijing to begin putting stricter rules and laws on population control.

It appears that the more pollution creating industries, especially manufacturing plants, that are also require high man power, will be moved away from the city’s nucleus. This will make the environment cleaner and moving laborers to the outskirts.

The buzzing city of Delhi has had inhabitants since the 6th century and has continuously been the capital of many kingdoms and provinces. Being one of the largest cities in the world comes with a huge social issues.

Unfortunately it is considered as one of the most polluted cities in the world and causes tremendous health risks to its population every year. An estimated 8% of Delhi’s population live below the poverty line, and as with most developing world cities this could be highly underestimated due to the under reported homeless numbers.

This poverty issue adds to Delhi being an extremely dangerous place to live, with it having the highest crime rates in Indian cities with over 1 million residents.

Delhi has the highest road density in India, amounting to 2103km and their bus network is the main form of transportation for 60% of the people commuting.

Located in northern China, Tianjin is the third largest city in China. The name Tianjin is translated to ‘a port for the empire’. In ancient and modern times, Tianjin has been an international trading harbour which has helped its population growth increase.

This city is the center for advanced industry and finances, with hundreds of Forbes 500 companies setting up camp in the area. The main industries consist of electronic information technology, automotive, bio-tech and pharmaceuticals. The economy is has a strong base in Tianjin, and its infrastructure reflects its wealth.

The Tianjin government created a special business district in order to attract foreign investment. This has helped as foreign investors have been increasingly interested in bringing their money to Tianjin, with over $47.2 billion already invested.

Close behind Tianjin, the capital of Turkey, Istanbul, actually has higher numbers inhabitants per sq. km. Being the largest city in the Middle East, Istanbul maintains its significance as a megacity.

For thousands of years Istanbul, or then known as Constantinople, was an important city and trade route between Europe and the East. Even in 500 AD its population was already a huge 500,000, and in 1503 it was renowned as the most crowded city in the world.

Since the 1950’s the city’s population has grown tenfold, and between 2008 – 2012 a huge 1 million people moved to the capital, which is an increase of around 9%. Its inhabitants now amount to over 18% of Turkey’s entire population.

As a Muslim country that is lenient towards foreigners, its historical relevance and affordable travel opportunities, Istanbul has the fastest growing tourism industry.

This huge city is the heart of Nigeria, and has the highest population density per km sq in our list. Prior to 1991, Lagos was the capital of Nigeria, and it boasts a strong influence in the justice system and business districts.

In Africa it is the second fastest growing city, though it could be disputed as official numbers may not reflect all of its residents. There are millions living under the poverty line which makes it hard to calculate exact numbers. It is certainly one of the fastest growing cities in the world, with around 275,000 increase per year. Some experts are predicting that Lagos will have a higher population than the USA by the year 2050.

Though there is a huge divide in terms of wealth within the city, many people from the rural villages in Nigeria come to Lagos seeking better work prospects.