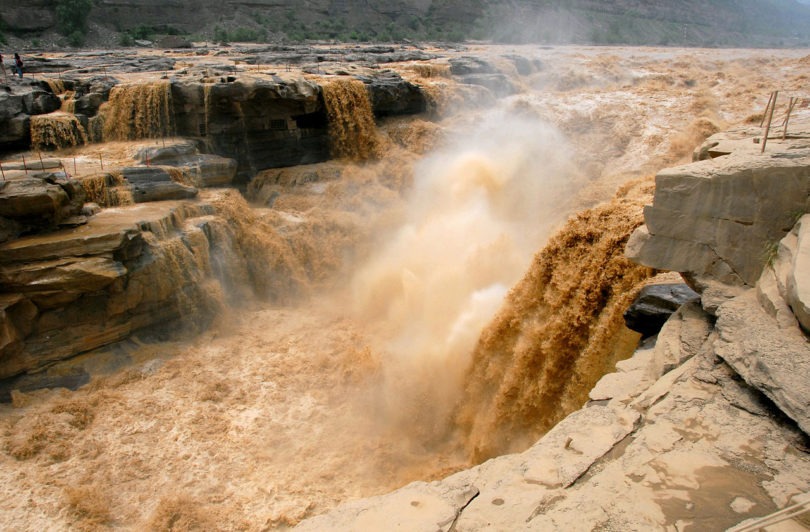 World economies are growing. People are getting access to and using vehicles, technology and electricity in a variety of ways. However, this also comes with a price attached to it. Increased pollution has become a form of negative environmental engineering.
This includes pollution in the air as well as in the soil and water around many of these cities.Environmental studies highlight the many detrimental effects on citizens’ health in the cities most affected by it.

In 1902, the town of Kabwe was founded in central Zambia. The site was founded after massive zinc and lead deposits were discovered there. The city has grown to feature a population of about 300,000 people. The mines are no longer operational as the city has shifted to the textile and manufacturing industries. Even with this, the pollution that came about as a result of all those mining efforts can still be felt to this day. Studies have found that the lead content of the water and the soil in Kabwe is extremely high. In fact, children who have been tested around the city have been found to contain as much as ten times the amount of lead in their blood than that of what an average person is supposed to have according to EPA standards. The Environmental Protection Agency established standards on how much lead should be in a person’s bloodstream and even in the soil and water in different spots as a means of protecting children and others who are extremely vulnerable. This is because lead can negatively influence brain functions if there is too much in the body.
An acceptable amount of lead in the blood should be around 60 to 120 micrograms per deciliter. The totals in the test results of children in Kabwe have reached 300 micrograms per deciliter on average. The issue is so dramatic that many blood testing machines used to analyze the blood of children in Kabwe have broken down due to all the lead contents that they are testing for. Much of this pollution in Kabwe came from how the smelting processes that were used when the mines were open were not regulated properly.

This has led to extreme amounts of zinc, copper, lead and cadmium in the soil. The quality of life in the region has become extremely painful as people are more likely to suffer from various immune system disorders.

La Oroya is located in the middle part of the South American nation of Peru. Mining activities had taken place around the country since the middle part of the sixteenth century when Spanish settlers started to mine precious metals there.
In 1922, a copper smelter was built in the town to mine and refine massive deposits of copper. Separate areas for gathering lead and zinc were established years later. These include many spots that were supported by American industrial companies as a means of mining more materials and making the economy in the region a little stronger.
There are still refineries in the area today that work with such materials as bismuth, cadmium and sulfuric acid. However, they are not as active as they used to be. Much of this is because the city is trying to curb its emissions after discovering years ago that the pollution levels in the region were extremely high and had become danger to the region’s inhabitants. This form of active environmental engineering may help address a situation that environmental studies indicate is severely hazardous.
In 1999, it was found that the average lead levels in the city’s air, ground and water were about three times higher than what the WHO considers to be acceptable.

While the smelters in the region have trimmed down on their active emissions, it may take centuries for the levels of lead found around the town to go back down to a normal level.

Tianying is a rather small city as there are about 26,000 people living there today. However, nearly 140,000 people are living with the effects of the pollution in the city to this day. This comes due to the extensive lead mining that took place around the city for decades.
Located in the central part of eastern China, Tianying is a city that is responsible for nearly half the lead production in China. To make things worse, the lead production sites in the city are not properly regulated. The technology used to gather lead is old and not particularly efficient.
What makes this dangerous is that the lead content in the water and soil in and around Tianying have been found to be extremely harmful to everyone in the land. This can particularly be noticed in many spots around the country. For instance, the wheat farms around Tianying have been found to contain 24 times more lead in them than what the Chinese government says is acceptable for use.
This has harmed the local economy as it has become next to impossible to export produce to other parts of the country.

Many of the lead factories around Tianying were closed down in 2003. It will still take a very long time for the levels of lead in the environment around the city to go back to normal levels.

On April 26, 1986, the former-Soviet town of Chernobyl, which is located in present-day Ukraine, suffered a dramatic disaster as the town’s nuclear power plant experienced a massive meltdown. This resulted in massive amounts of radiation spreading around the city.
About 336,000 people in the town and surrounding areas were resettled while about four thousand people have died or are expected to die from radiation caused by the explosion. Most of these deaths will result from thyroid cancer.
The radiation levels in Chernobyl make it one of the world’s most deadly cities. Soil levels are still extremely radioactive and the skies contain at least ten times more radiation than the norm elsewhere. There is still a nineteen-mile exclusion zone located around the perimeter of the plant. People are not allowed to enter the area without the right form of protection or without consent from an official governmental party. It is estimated that the area may not be safe for habitation for at least 20,000 more years.
Those who are able to enter into Chernobyl will notice that the buildings and other features that were built around the nuclear plant have deteriorated as they have been abandoned since the disaster.

These features include an amusement park that was built around the area as well as numerous once-new apartment buildings.

Vapi is a city of about 160,000 people in the Valsad District of the state of Gujarat in India. The city is a massive industrial site that has been dominated over the years by its extensive chemical industry. Today chemical and fabric companies like Supreet, Sarna, Themis, Century Textiles and Raymonds Limited have strong presences in Vapi.
The biggest concern about Vapi is that the region is home to groundwater that contains about 96 times more mercury than what the World Health Organization says is safe for human consumption. A massive amount of heavy metals and assorted chemicals can be found around the region. These include cyanide and pesticide materials among many others.
Much of this comes from Vapi’s approximately 1,400 industries in the area. It is on the southern end of the Golden Corridor, a massive string of industrial sites that have been laid out all around India.

The Golden Corridor has been responsible for much of the economic growth that India has experienced over the years but it has also been a target of controversy over how the region has contributed to a great amount of air and ground pollution all around the country.

Linfen is a city of 4.6 million people in the Shanxi province of China. Located on the Fen River, the city was once known for its spring water reserves and its strong agriculture industry. In fact, Linfen was referred to as the “Modern Fruit and Flower Town” many years ago.
However, mining activities around Linfen have caused the city to go into a total 180-degree turn. The city is home to a variety of coal mines. These include not only state-run mines but also some private-run mines that are not frequently monitored or regulated by any entity. Many of these private mines are illegally operated and as a result often cause more pollution because of some of the processes they use.
There are a number of initiatives to reduce pollution in the city. Coal trucks’ routes and operating times are increasingly regulated in Linfen. This has reduced the amount of coal dust pollution down. Air pollution remains problematic despite these restrictions.
The massive growth in the number of vehicles around the city in recent times has given rise to another serious concern.

The pollution is so bad that local advice is that people should not hang their clothes outdoors to dry. If they did so then their clothes would become black from all that pollution.

Ahvaz is located in the southern part of Iran near the Karun River. It is not too far off from the border with Iraq. There are about 1.2 million people living in this city today.
The number of parts per million of polluted particles that are less than 10 micrometers, or PM10, in the region is listed at 372. This means that for every million particles in the environment, there are 372 particles in the air that are small enough to enter into a person’s lungs, thus establishing a dangerous environment for anyone to breathe in. The average PM10 around the world is listed at about 71, thus making Ahvaz a city that has five times the air pollution as any ordinary city in the world would have.
The massive power plants in the area that use outdated forms of technology are a big part of what is causing the air quality in the region to decline. What makes this even worse is that the dust storms that constantly plague the area make it so the pollution generated from the power plants can easily spread all around the Ahvaz skies.
To make matters worse, water around the region is also being polluted by all the sand and other harmful materials in the area. Pollution around the region can also reduce visibility levels around the city considerably.

This has made it next to impossible for some routine activities to take place without being at risk of harm.