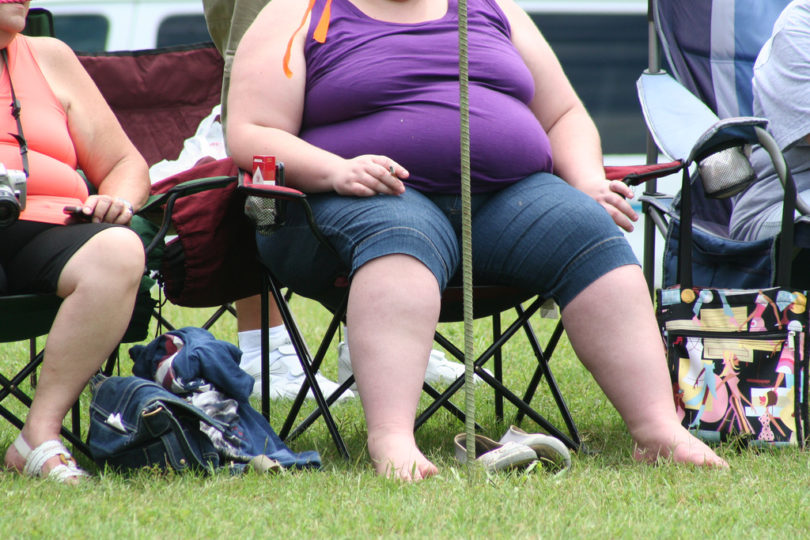 Most of us sit for up to 15 hours a day. That sounds crazy but think about how much time you spend sitting in a car, bus, train, at your desk or on your sofa at home after a long day?

It all adds up. Sitting may feel like you are resting your body, recuperating from some activity but you are actually killing yourself sooner. Below are 7 reasons why sitting is really bad for your health.

Obesity is a medical condition which is diagnosed when you have an excess amount of body fat which has a negative effect on your health. Obesity is a killer and it increases the likelihood of a variety of other diseases and conditions.

As deadly as obesity is, it is also one of the leading preventable causes of death, globally. Even though it can be prevented, the rates of obesity are increasing alarmingly and sitting down for most of your day is only contributing to the risk of becoming obese.

The trend towards desk jobs means that we are not exercising nearly as much. We have become increasingly sedentary and, as we do, we become fatter and the likelihood of a long and healthy life dramatically diminishes.

Metabolic syndrome is scarier than it sounds. It is diagnosed when three out of five conditions are present at the same time: obesity, high blood pressure, high blood glucose, high serum triglycerides and low quantities of high-density lipoprotein.

Many of the components of metabolic syndrome are associated with sitting too long and not exercising enough. Other contributors include high (bad) cholesterol, high blood pressure and more.

If you spend more just four hours a day sitting in front of your TV or at your desk, your risk of developing metabolic syndrome is double the risk facing a person who just sits for an hour a day.

Cardiovascular Disease is the leading cause of death, globally. Known, generally, as “heart disease”, it includes a number of specific conditions and diseases affecting the heart.

Put simply, when you exercise more and don’t sit nearly as much, you reduce your risk of dying prematurely from cardiovascular disease.

Diabetes is a condition characterized by high blood sugar (also referred to as “blood glucose”) levels over a long period of time.

Diabetes can be deadly because of the effects it can have on your body over time, if not managed effectively. Complications can include blindness, fingers and toes dying off because they lack enough blood flow from shrinking blood vessels and eventual metabolic syndrome.

Preventing and treating the more common type 2 diabetes can be achieved by eating healthily, exercising regularly and maintaining a healthy body weight. Spending most of your day in a chair is not conducive to this and only increases the risk of disease and early death.

Cancer is a group of diseases involving abnormal cell growth. Cancers are devastating and while some can’t be treated, many can be prevented and are caused by (or aggravated by) environmental conditions.

Many types of cancer can be prevented by not smoking, maintaining a healthy weight, sticking to a healthy diet and even avoiding too much exposure to sunlight.

Another important way you can prevent many forms of cancer is by being physically active. When you take into account the importance of eating better, watching your weight and exercising enough, spending so much time sitting seems like a big risk factor for cancer too.

Sure, exercise, diet and a good body weight won’t keep you safe from all cancers but focusing on these factors certainly helps with many forms.

This one is more about how you sit but sitting for long periods of time with a bad posture can be very bad for you too.

Poor posture is what happens when some muscles tighten up and shorten, or lengthen and become weak because of the way you sit every day. Stop for a moment and look at how you are sitting and how you tend to sit, whether at work or at home. See what we mean?

Poor posture isn’t just slouching and it is a pretty individual thing. There are some signs of poor posture which include rounded shoulders, your chin jutting out and more. There are numerous risks associated with poor posture too.

Risks of poor posture include less oxygen in your bloodstream because the way you are sitting prevents your lungs from taking in enough air. Other risks include poor muscle development, especially when coupled with insufficient exercise.

We have already outlined why sitting is bad for your health, physically, but have you considered the mental harm you are suffering because you sit for so long?

A study on the psychological effects of sitting for long periods of time revealed that people who sit for more than 6 hours a day have a heightened risk of mental issues including anxiety and depression. Compared to people who sat for just 3 hours a day, the differences were significant.

Just from a layperson’s perspective, consider the effect on your emotional wellbeing when you spend your whole day sitting in front of your computer, working on what may be repetitive tasks. Unless that sort of work thrills you, you may be depressed and not realize it.

If sitting too long is depressing you, it is probably prompting you to sit even longer because you simply lack the motivation to be physically active. That just makes you even more depressed. If you think that hitting the gym after work will solve that problem, you are wrong. You need to be physically active throughout the day.