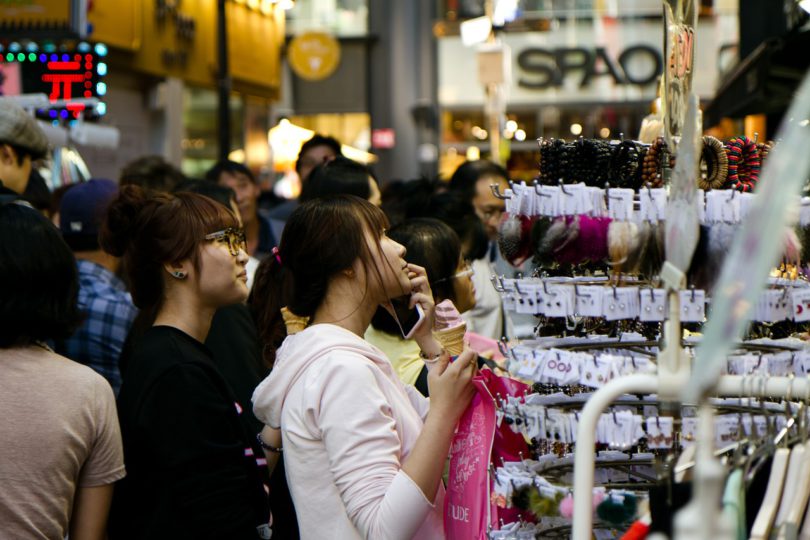 Even though their bank accounts are loaded with millions and millions of dollars and their houses are the size of a small neighborhood, the rich are not always that sophisticated.

Sure, their clothes and accessories cost a fortune and they can afford to travel the world whenever they want, but that doesn’t mean there aren’t any simple things they can do, too. Rich people are humans, just like everyone else. They have physiological needs, family issues and personal concerns. Believe it or not, not all wealthy individuals act like celebrities; many are not into drugs either. They appreciate quality because they can afford it, and many loaded people around the world don’t like to throw away money on expensive parties, booze and women. Here are 7 simple things that the rich do all the time.

Believe it or not, some rich people prefer to cook rather than hire 20 chefs to prepare them their favorite dishes. Famous pop start Justin Timberlake for example, and his lovely wife, actress Jessica Biel, talked about their passion for cooking. Timberlake said he adores baking cake and making cookies, while his wife is more into real food preparation. Another famous actress who’s passionate about cooking is Gwyneth Paltrow; in between raising a family and acting, Gwyneth owns goop.com, a website dedicated to healthy eating.

Cooking can be such a relaxing activity. Just because you own millions of dollars, this doesn’t mean the simplest things are not for you. Many experts agree that cooking releases tension, fear, and anxiety.

It’s more like therapy, and even if you don’t succeed from the first attempt, as long as you practice, your passion can become a beloved hobby. Some other famous people who love to cook are: Cameron Diaz, Drew Barrymore, Jessica Alba, and numerous others.

Shop (at the supermarket)

It’s not every day that we get to see famous actors and billionaires shop at Walmart. And yet, wealthy people enter supermarkets, too, just like everyone else.

Grocery shopping doesn’t have to be an embarrassing activity. So what if you need toilet paper? Over the years, many celebrities and famous people have been photographed by the paparazzi in supermarkets. In fact, many ordinary people appreciate that rich people are not ashamed to do their own grocery shopping.

Katie Holmes for example, was photographed shopping at a flea market with her daughter Suri. This shows that even if you’ve got millions, nothing compares with spending some quality time with the people you love most. In the summer of 2014, Jessica Alba was spotted at Whole Foods in Beverly Hills.

She was grocery shopping just like any other the average person in that store.

If you’re Madonna, you probably have your own park where you can jog and not be seen by anybody. Some rich people though, are not ashamed of being seen sweating in a public park, surrounded by hundreds of ordinary people.

Millionaires can afford to have their own gyms; they can hire personal trainers to help them lose weight, or make an appointment with the best plastic surgeon. And yet, there are rich people who jog like nobody’s watching, even if they are.

The paparazzi have a beautiful collection of photos and videos with superstars, actors and actresses and entertainers jogging in plain sight.

Gwyneth Paltrow was spotted jogging in Central Park, Josh Duhamel was seen running on a beach in Miami, and last but not least, leading actress from the Hunger Games, Jennifer Lawrence seemed to enjoy her jog on a public street, in Santa Monica.

When you have that much money, giving some to the needy is something you can afford to do. Many rich people are volunteers, and some have transformed their hobby into a sense of duty.

Angelina Jolie for example, is famous for wanting to help the kids in Cambodia, Ethiopia and other impoverished countries in Africa; she adopted a boy from Cambodia, Maddox and a girl from Ethiopia, Zahara.

In the United States, 98% of rich people give money to charity. Furthermore, about 40% like to volunteer and thus put their free time to good use. When natural disasters happen, the wealthy are always there to help, and we’re not just talking about celebrities and famous people. Some rich people who give to charity choose to remain anonymous.

Mel Gibson is not just famous for his role in Brave Heart; he’s a very generous person too, giving $6 million to all sorts of causes, including to the A.P Reilly Foundation.

Supermodel Giselle Bundchen is known around the world for her fierce catwalk, although very few people are aware that she donated $1.5 million to the Red Cross for Haiti.

Apart from getting together at the Oscars and Emmy Awards, celebrities and wealthy people in general, have ordinary friends, too. These are not necessarily famed or just as wealthy as they are.

Many people would say that money can buy a lot of things; however, it can buy real friends. Gathering with your bestie on a Sunday morning at Starbucks is such a fun way of having a good time without spending a fortune.

Is it true that wealthy people get tired of being wealthy? Well, it depends. If you’re Donald Trump you just can’t run away from money. Nonetheless, there certainly are rich individuals who are just sick are tired of being photographed all day, gossiped and talked behind their back. Every now and they, they too feel the need to gather with a friend in a park and just talk.

Of course, there are celebrities who have been friends forever. Matt Damon and Ben Affleck for example, know each other from college.

They always hang out together with the wives and kids. And they can enjoy a normal day in the park without having to dress up and look like a million dollars.

You would think that a few million dollars is enough to get you the coolest cars on the market. Surprisingly, some celebrities prefer to ride bikes.

It’s a normal activity everyone can do, and apart from being fun, it’s also healthy. Sure, cars are thrilling and cool, but a bike makes people feel young, creative and cheerful. Robin Williams for instance, was also a passionate cyclist, not just a talented actor and comedian. Once, he was asked how many biked he owned, and he replied that he didn’t remember because they were just too many.

Biking is for everyone. Whether you’re a millionaire or someone who makes $40,000 per year, you can spare $50 to purchase a bike, meet with friends and spend quality time wondering through the parks for admiring the natural surroundings. They say not many rich people have free time. Business individuals, lawyers, CEOs entrepreneurs and managers are also workaholics.

They work to stay wealthy, so they’ve learnt to appreciate the little things, too. For instance, riding a bike with your kids on a Sunday, by beach, is an activity that an emotional charge to it; it’s something money can’t buy.

Taking photos of ourselves was once a common endeavor. Somehow, this plain activity has turned into a phenomenon overnight. The selfie madness now has celebrities photographing themselves all around the world; starting from the poorest person to the wealthiest, we must everyone enjoys taking selfies. Smartphones with front cameras for better selfies have emerged, as well as websites where you make an account and upload your finest selfies.

The activity has some sort of social media impact, and most rich people like to use social media to make more money. Whether we’re talking about international investors, actors or consultants, the selfie madness is one of the most boring and simplest activities a rich person can do. And yet, to some extent it has a level of satisfaction that some can’t understand.

Ellen DeGeneres’s selfie at the Oscars became Twitter’s most tweeted photographer ever. It seemed like the perfect moment to gather some of the world’s finest actors in a shot, for that shot to break the internet. That Oscars selfie went viral, and many people tried to reproduce it in a funny way. It’s safe to say that the photograph will forever be remembered as the Ellen selfie.

It’s unusual for ordinary people to envision that the rich can do average activities. The truth is, not all celebrities or famous people like to bathe in money and gold. Some like the simple life too; they take responsibilities such as go grocery shopping, and engage in emotionally rewarding experiences, such as biking with friends in the park.

Even though they’re got a lot of cash, some like to give to charity and help those in need. Not all rich people are arrogant, selfish and superficial; not all of them like to spend and spend and spend…some would rather do useful things with their fortunes, such as invest in other people.