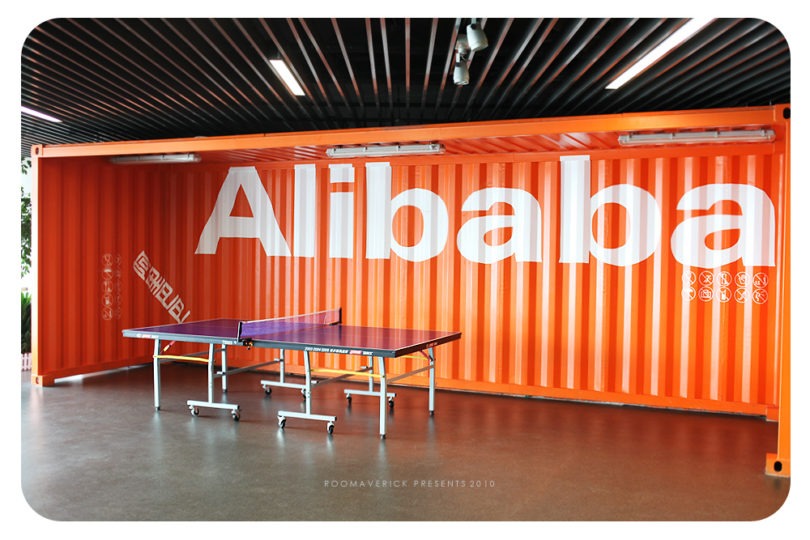 Alibaba is Amazon’s greatest competitor, becoming a Goliath in the ecommerce industry. Currently, Alibaba holds 80% of the market in China, and the company is bigger than Amazon and eBay combined. Like any progressive business, Alibaba actively invests in other start-ups in order to capture the global market.

You may already know that Amazon and Alibaba both offer purchasing services via the internet, and they both connect consumers with products for very low prices. Both companies also maintain large databases for predicting consumer needs and matching products to them.

However, unlike Amazon, Alibaba owns no warehouses and has no direct sales. This open marketplace that connects buyers with sellers has made Alibaba extremely profitable because of its low overhead.

Here are seven other things you didn’t know about Alibaba.

What can you do with a degree in English? You can start an ecommerce business on the Internet to connect manufacturers, consumers and buyers with each other, and you can turn this business into the largest e-commerce trader in the world.

That’s exactly what Jack Ma did in 1999. Ma founded Alibaba as a B2B (business to business) portal for connecting overseas buyers with Chinese manufacturers. Ma said he was depressed after he began his company because he couldn’t figure out how to get the Internet started.  To get through these tough times, Ma found inspiration in a favorite movie: Forrest Gump. In Forrest, Ma saw the importance of believing in what you are doing no matter what others think, finding the simple way to do things, and never giving up. Ma says, “Life really is like a box of chocolates. You never know what you’re going to get.”

From Alibaba’s early days in Ma’s apartment, Ma advocated the value of modeling hard work. If he and his team could work hard and be successful, then so could 80% of the teenagers in China.

Ma is as interesting and charismatic as his company is large. He wasn’t always successful in his work. Once he wasn’t even successful in obtaining work – out of twenty-four people hired for work at the first Kentucky Fried Chicken in China, Ma was the only applicant not hired. He failed his university entrance exams twice, but finally passed and graduated. He went on to teach English and work with Internet companies, always looking for a more efficient way to make things work.

Some of Ma’s better ways have included trends such as hiring mostly women because they tend to think of others first. Hollywood innovation intrigues him, and he his entering the TV drama business.

Now a multi-billionaire, Ma does not enjoy being rich, but would rather be respected.

The Alibaba name works because you recognize it from the One Thousand and One Nights tale about a poor woodcutter who gains access to the treasure of some local thieves.

Ma came up with the identity one day while pondering company names in a coffee shop. His waitress knew immediately about Alibaba and the secret key phrase, “Open, Sesame!”

In an informal marketing survey, Ma questioned several other people on the street about the name Alibaba. They all knew it, everyone of them. It didn’t matter if they were from the United States, Europe, the Middle East, Japan or China.

Ma knew then that Alibaba would be perfect for his company name not only because it was easy to spell, but it had name recognition and could be the very tool that with an “Open, Sesame,” could unlock the marketplace for consumers and businesses alike.

Ma didn’t stop with the registration of Alibaba as his company name. He also registered “Alimama,” which has become an online advertising exchange company. Like Amazon, Alimama relies on algorithms to match advertising to consumers.

After Alibaba partnered manufacturers, business owners and consumers with each other, the next step was to create an “open sesame” strategy for C2C (Consumer to consumer) purchases.

You may know this platform as Taobao, and you will quickly recognize its similarities to eBay.

Taobao receives over 24 million unique visits a day, which is twelve times as many visits as eBay in the United States. Taobao is host to seven million vendors who sell almost everything imaginable. Users access the site for free, but sellers can purchase advertising to help their wares stand out.

Taobao works in similar fashion to eBay; sellers are rated by a system of icons. Seller feedback may include hearts, diamonds and crowns in two colors. Blue crown ratings are the highest a seller can earn, and some of them have earned multiple blue crowns.

Before you jump onto the TaoBao site, keep in mind that it is entirely in Chinese. If you do not feel comfortable navigating the Chinese language and currency (all transactions are made in Yuan), never fear. There are ways to help you access the site. You can hire an agent who will execute your transactions for you. Be aware, however, that these agents may charge various fees for their services. The website Yoybuy.com will also help with language and currency conversions for free.

Taobao agents and Youbuy will also assist you with shipping information, and that’s a good thing, because international shipping can be confusing and cumbersome due to regulations and language barriers.

You can keep up with commerce trends by following Jack Ma on Taobao’s Weibo, which is similar to Twitter. China has banned Twitter.

If you’re tired of driving around the parking lot at the mall looking for a close parking space, or even any parking at all, TianMao is your solution.  Formerly known as Tmall, which was short for Taobao Mall, Tmall has become TianMao, which means “Sky Cat”.

TianMao is different from Taobao or Alibaba in that TianMao hosts brand owners and authorized distributors. Space in TianMao is costly for vendors; they pay $9,400 USD annually to rent their “stall” online, and that’s after placing an earnest money deposit of $23,500 USD.

Alibaba established the large deposits and annual fees to ensure quality vendors who were serious about their names and products would have a selling space that did not include fly-by-night merchants who were prone to selling cheap or imitation items. A store with top ratings can receive refunds of their deposits.

The Taobao brand operates as three separate companies: TianMao, the Taobao Marketplace (a C2C division) and eTao (a search engine for shopping).

Alibaba has garnered a huge share of the e-marketplace. It is bigger than Facebook, almost half as large as Microsoft, and almost one-third the size of Apple in terms of market capitalization, or total shares value.

The Chinese Internet service company Tencent poses a great threat to Alibaba’s complete capture of the market. Tencent has created a variety of services that consumer use daily, including online games, social networking, music distribution, microblogging, and WeChat for mobile users.

There are already 355 million WeChat users in China, and more and more Chinese consumers are relying on their phones for their computing needs. The top five internet companies in the world are Google, Amazon, Alibaba, Ebay, and Tencent.

Tencent and Alibaba are racing to capture the lion’s share of the market. It’s likely that one day, all you purchases could come solely from one of these powerhouses.

Alibaba has seen its share of difficulties lately. How often have you purchased an item online based on the Internet pictures, descriptions and reviews, and then you waited for its arrival and wondered if it would be exactly what you thought it was?

Consumers at Alibaba faced the same dilemma; 40% of the goods were reported to be fakes at TaoBao and TianMao. However, it not the subsidiaries of Alibaba that are producing the fakes; it is some of the vendors themselves.

Accused by an agency of the Chinese government of permitting the sale of counterfeit goods, Alibaba is developing a plan to counter these claims and reduce fakes and imitations sold through their many platforms.

The huge escrow deposits and annual fees at Taobao are some of the strategies Alibaba have put in place to stop counterfeit sales.

Ma is willing to strengthen the quality of merchandise sold through his company, but feels Alibaba has been unfairly targeted, and he has said so. His candor has surprised and inspired the Chinese who often accept government decision without question.

Jack Ma and Alibaba are not finished with consumerism. His next bold move for the company is Alipay, which is similar to PayPal. In 2013 alone, Alipay processed $519 billion of digital payments, compared to Paypal’s $180 billion.

The real difference between the two financial services is how consumers use them.  United States consumers often use PayPal to protect credit card charges by placing money from the card into PayPal; it’s all about the added security benefits. Some consumers skip PayPal altogether, opting for quick use of a credit card alone.

Chinese consumers prefer to use Alipay over credit cards because this Alibaba service allows them the flexibility of an electronic checking account, from which they can pay bills, purchase items online and at checkout, make money transfers, secure phone credits – for free.  And best of all, Alipay is mobile.

You may be using Alipay before you realize it; Alipay wants to collaborate with PayPal to merge services for consumers.

What’s in your digital wallet?

Alibaba has been hard at work in creating a marketplace like no other – one that can impact not only China but also the entire world. Your new knowledge of the company will make you an informed consumer.