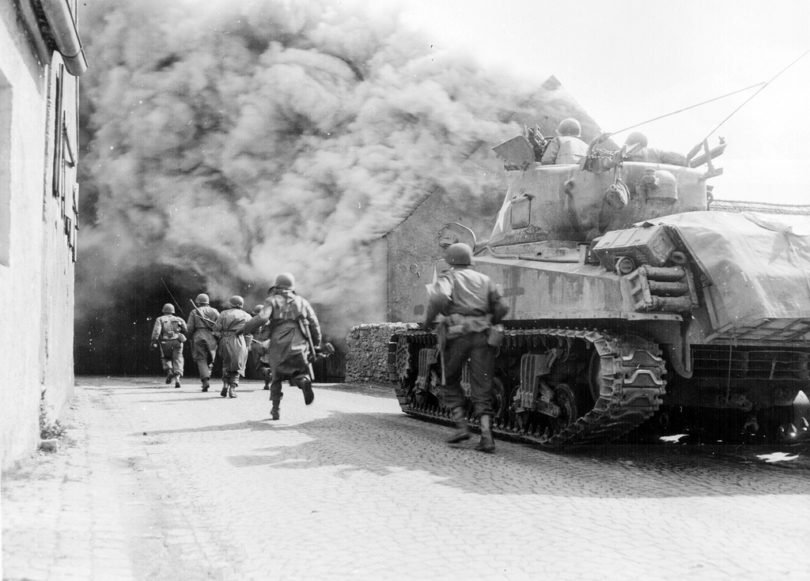 The odds are good that you have seen how General Motors has touched your life in some way. Here are seven things you didn’t know about General Motors.

General Motors got its start in the automotive industry as soon as these horseless carriages began to appear on the roads. The New York Auto Show in 1900 caused the public to fall in love with these machines, and companies sprang up by the hundreds in an effort to compete in this new market.

One of these entrepreneurs was William “Billy” Durant, who in 1908 founded General Motors after successfully marketing his “Buick” design at the New York Auto Show. He had already been a successful horse drawn carriage manufacturer. At first, Durant was doubtful about the possible success of cars and didn’t want his daughter riding in one because they were loud, smelly, and unsafe.  Public demand for automobiles, especially safe ones, was huge, and Durant finally gave in to the business idea of mass-producing safe ones aimed at a variety of markets.

Durant had the foresight to create multi-brand companies under the General Motors roof.

You’ll find many divisions under the General Motors umbrella, such as Pontiac, Buick, Oldsmobile, Cadillac, and all Chevrolet products. Durant even purchased a sewing machine company who began to make cars; The Opel in Germany became part of the General Motors system by 1930. At one point, Durant tried to purchase Ford Motor Company.

Yes, refrigerators. For a while General Motors made the refrigeration unit for Frigidaire.

The General Motors relationship with refrigeration began in 1918 when company president W. C. Durant purchased the Guardian Frigerator Company and revitalized it through streamlined production, advanced refrigeration technology, and a new name: Frigidaire.  General Motors advertised the product as part of the “Home Environment Division of General Motors.”

They claimed to be first in making an electric self-contained refrigerator, the home food freezer, and the room air conditioner, among other novelties and home appliances. They even provided the appliances in a variety of “home design” colors; the application of the paint to metal had been perfected at automotive assembly plants.

General Motors sold Frigidaire in 1979 to the White Sewing Company, who sold it in 1986 to Electrolux.

You can find working Frigidaire models from the General Motors era today. They have become a favorite for basements, garages and man-caves, and they can cost $1000 or more.

General Motors participated in the war effort by turning its factories from the production of automobile and to military trucks, airplanes, tanks, and even artillery.

You cannot find another company that delivered as much material during the year as General Motors; the company produced $12B worth of wartime materials. Had you worked in Indianapolis at the time, you would have been working on the Lockheed P-38 “Lightning” and the North American Aviation’s P-51 “Mustang” fighters. This was one of many plants worldwide that supported the war.

In 1938, Mooney received the German Eagle with Cross, a medal awarded to foreign commercial supporters of Hitler’s regime. To this day, General Motors denies collaboration with the Nazis.

General Motors is synonymous with innovation. This company developed the first V8 engine and the first hydrogen fuel cell in 1966.

It’s easy to see how the automobile has always found inspiration in the space industry. Cars of the 1950s sported rocket fins, and the inside of the vehicle has become more like a cockpit. General Motors reached for the stars and landed on the moon by designing and building the Lunar Roving Vehicle for the Apollo 15 mission in 1971.

Hughes Aviation, which also produced the Spruce Goose, was a subsidiary of General Motors, and built the lunar rover for NASA. You can see evidence of the influence of General Motors on the world around it: the company is now creating flex fuel vehicles that switch easily from ethanol to gasoline, and they are working on biodiesel and electric energy for vehicles as well in an effort to meet government guidelines and consumer demand.

They plan to continue to be part of your life in the 21st century.

The first auto union strike occurred in 1936 in Flint, Michigan, at the General Motors plant. This sit-in approach to stopping all production surprised the current President of General Motors, Alfred P. Sloan.

Under Sloan’s leadership, GM management had been under the impression that they took excessively good care of their employees; although the pay was good (twice what the average American made during the Depression), the factory working conditions were dangerous and job security was precarious due to the Great Depression; you never knew how secure your job was.

Two weeks later, the Flint police tried to end the strike with tear gas, but the strikers fought back. This strike became known as “The Battle of Bull’s Run”, because the police looked like bulls as they ran from the protesters who brandished water hoses and metal parts.

However, it was this strike that gave the strikers the confidence to strike in other General Motors plants as they protested working conditions and fought for safer work environments.

You, like your father and even grandfather, work in Flint, Michigan, at the General Motors plant. It’s been a good living, but the new CEO, Roger Smith, wants to close this plant and send your job to Mexico, where the labor is cheaper.

Suddenly you have no job, no income, and nowhere to turn. This 1989 documentary by Michael Moore shadowed former General Motors CEO Roger Smith in Flint Michigan when the local GM plant closed, and 30,000 employees lost their jobs to less costly workers in Mexico. General Motors had been so entrenched in the lives of generations of families, that there was no other employment than working in a GM factory. The resulting economic impact was huge. Moore juxtaposes the stark realities of Flint’s working class population with the affluent lifestyle of Smith.

The poverty and crime rates increased as Smith spent his life in affluence. The movie was the first of its type; the residents of Flint had split opinions about the film’s impact. Some will tell you the documentary was necessary to show how corporate decisions affect people’s lives, and the other half are hurt at how General Motors was portrayed.

Smith has been remembered as a lackluster CEO, burgeoning the company with poor products and growing debt.

You can work your way up in a big company! Mary Barra is the first female CEO of a major global automaker. Her dad was a die maker in Pontiac, Michigan, and she moved up through the company’s ranks.

In 1980, Barra began working for General Motors as a co-op student. She earned her engineering degree at General Motors Institute, now known as Kettering College. Barra continued to take on a variety of roles, moving up each time; she was even a plant manager. Her diverse experience with General Motors made her a perfect choice for Chief Executive Officer, and she has broken the glass ceiling of the automotive industry.

Barra has also led the faltering company through the government bailout and recovery process, and if you owned stock at the time, you would have received thirty cents a share in dividends. She has been identified as one of Time’s “100 Most Influential People.” Today, she is in charge of design implementation and delivery of GM’s automotive products.

Thanks to visionary leadership and innovative creations, General Motors has demonstrated staying power in the first century of its existence. The CEOs who excelled in leading this company were able to see beyond the creation of one product. They stayed open to possibility and took advantage of opportunities when they presented themselves.

It’s this kind of tenacity and ingenuity that compels General Motors to continue to be a part of your life.