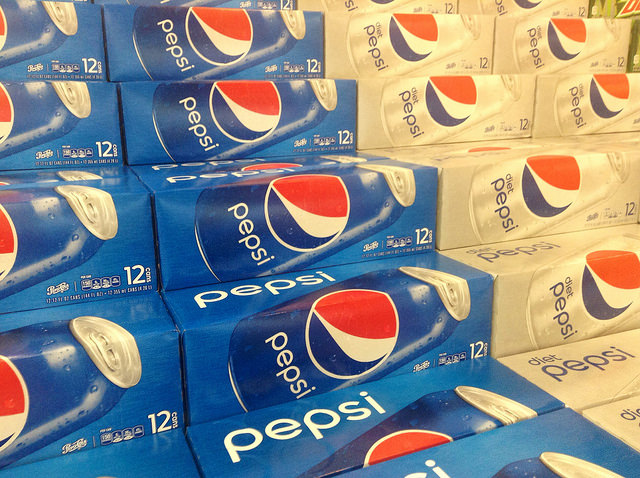 One of life’s most meaningful moments is when one gets engaged. What’s not romantic and moving about offering someone to spend the rest of their days with them? Unfortunately, however, this life is no fairy tale, and some people’s proposal methods turned out to be flat-out fails. Below are 7 painfully horrible marriage proposals:

Now, Walmart is a safe haven for most of us, with it’s wide selection of products, combined with unbeatable prices.But, this doesn’t mean that it’s an appropriate place to propose to someone in. You could refer to this method as “soda popping the question.” Stacking up soda boxes to spell out “Will You Marry Me?” isn’t exactly what the masses would consider to be romantic, but if you’re lucky, it’ll pass at the trailer park.

It’s cute and somewhat romantic to retell that epic story about how your parents met, how your dad popped the question to your mom, etc.However, what is less appealing and cute than all of these cutesy stories, is proposing via a Facebook status. First and foremost, proposals are generally a intimate and very private affair (showing off the rock AFTER the proposal is completely different). Basically, this guy should have saved the status for once she said “yes.”

Unless you really invested into the writing and the aesthetics, and/or you’re some sort of artist (and a very, very good one, at that), then it’s generally a horrible idea to propose with graffiti. Not only is it permanent unless it’s painted over with the color of the building, but it’s also trashy, and way too public.

Again, if you’re an artist, this method can go extremely well if you have your skills down, but if you’re just planning on awkwardly writing out the proposal, it’s best to think twice.

Making a sign in general can be an super cute way to propose. Whether it is shown at a baseball game, a hockey rink, or just by holding it up on their driveway, sometimes silence does all of the talking when your greater cause is written on a large piece of paper or poster board.It is definitely worth mentioning, though, that making sure that the sign itself is upright is vital to the person, to, you know, be able to read your proposal.

If you want to pull an “American Beauty” type rose petal-covered bed proposal, by all means, go for it.The only thing you need to be really careful of when using this method is SPELLING. If you don’t know how to spell “marry”, in the context of MARRiage, then a dictionary will be your best friend during this endeavor. Otherwise, you’re going to look absolutely pathetic and ridiculous, and if you’re potential fiancee-to-be is a grammar nazi, this may have a huge impact on her answer.

There are many people and sources that advise dudes to take their girlfriend to their favorite restaurant in order to pop the question there. I don’t think that they implied that Church’s Chicken is an acceptable location to propose to your girlfriend in.Finding a way to create a sign outside of a fast food restaurant of all place simply makes the attempt look trashy, and almost makes your marriage proposal seem insincere. Also, in terms of the restaurant thing, if you really want to get food involved, pick a somewhat decent place (it doesn’t have to cost you an arm and a leg), and propose there. Church’s Chicken can be the answer to your desires when neither of you feels like cooking some random night (post-matrimony, of course).

Will You Marry Pee?

You’d think it’s obvious, but marriage proposals should NEVER, ever, ever involve urine.There are no exceptions to this simple rule. So, basically what that means for you, is that urinating the words “Will You Marry Me?” onto snow, is an absolutely unacceptable way to pop the question. A similar idea with bringing snow into the picture, could be done with syrup, or something else that is of a liquid consistency, and will be colorful enough to stain the snow so your honey can see the letters.