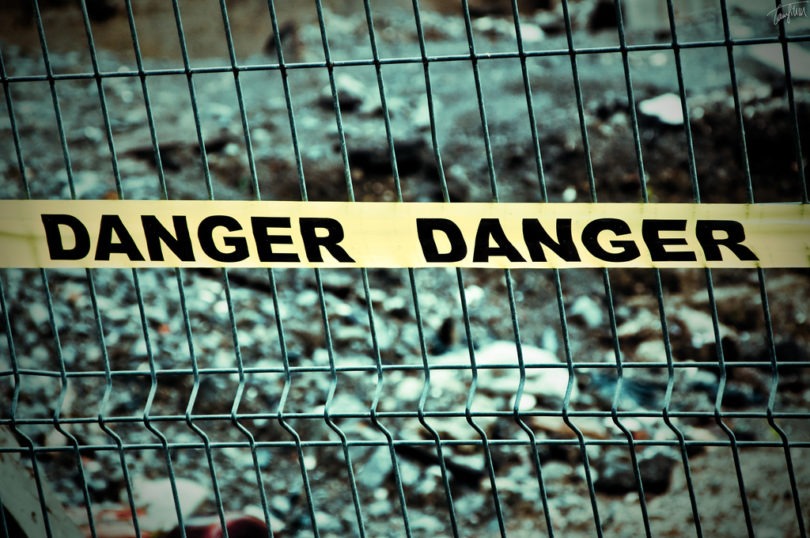 The world is your oyster. Or so they say. If you are one of those people who loves to travel, been there done that type of person, you might want to check out this list of the top 10 most dangerous cities in the world. Maybe try and avoid them too. This isn’t a joke, these cities are regarded as extremely dangerous places, especially to the unknowing tourist.

It is pretty common knowledge that large cities are just melting pots for all types of crime, from drugs, gang wars, murders, kidnappings and much more horrible things you don’t want to imagine. Out of the top 50 most dangerous cities, 40 are in Latin America, so don’t be surprised that most of the list is from this continent. Obviously other countries, especially ones affected by war, are also listed, including Baghdad and Kabul.

Not long ago this city was a hot spot for tourism. It hit its peak during the 1950’s when Hollywood stars and millionaires would choose this coastal city as their favorite getaway location. However as drug violence creeped its way into the city, it has become one of the most dangerous cities to visit.

You know that it’s a dangerous city when it has a website called Things and Places to Avoid in Acapulco. Recent statistics show that Acapulco has one the world’s highest murder rates, at 142 per 100,000. The latest travel warning was published by the US government in Oct 2014 stating that there has been an increase in hijacking, kidnapping and robbery aimed at US citizens.

Armed members of the Acapulco gangs are known for setting up road blocks in and around the city, and can be very hostile to foreigners.Funnily enough, Acapulco is still a tourist vacation destination, being one of Mexico’s oldest beach towns, the city sits in a beautiful location perfect for summer holidays.

However tourists are required to stay within their hotels and compounds to avoid any problems in the city itself. The majority of tourists that visit Acapulco are Mexicans which makes them easier to blend in, compared to a foreign tourist who would stick out like a sore thumb.

The capital of Venezuela, Caracas, is a hot spot for gang related violence making one of the most dangerous cities in the world. Venezuela in general has very high crime rates, but Caracas tops them with 122 murders per 100,000 residents.

The violence in Caracas is not just limited to gang crimes, there is an abundance of common armed street crime and robbery, which makes the city extremely uninviting to tourists. Drug cartels and political crimes are rife throughout the city, and around 24,000 people were murdered in 2014 alone.

It is not advised to visit this city alone, as even the inhabitants are targeted. There are many different type of scams that lure people into dangerous situations, including the broken down car at the side of the road that you feel obliged to stop and help.

If you come to the city with someone who knows it they will be able to direct you to the safer zones. It is extremely important never to go out alone in Caracas as you are just asking for trouble.

For obvious reasons, this city made the top eight most dangerous cities in the world list. As the capital of Afghanistan, for years Kabul has been affected by war, political problems and religious extremism, causing the streets to be extremely dangerous and a no tourist zone.

Even though troops are being pulled out of Kabul, suicide bombings and other terrorist attacks are still very common in parts of the city. The Taliban, an extreme fundamentalist group, are said to be in charge of the city and cause huge instability to both the political and social life of the residents of Kabul.

Even though there are huge warnings to people wanting to travel to Afghanistan, there are some travelers that still take no notice and make their way to Kabul. It is advised not to take pictures of a military actions in the city and to always ask permission if taking pictures of people, especially women. Some forums even warn tourists of old mortars that did not detonate, showing how dangerous the city and its surroundings really are.

You don’t want to be caught on the wrong side of the law in Kabul, public stoning is still being used as punishment for law breakers.

Brazil’s cities are known for being dangerous places to visit, however Rio de Janeiro is one of the most travelled to destinations by tourists. This makes the city more dangerous as tourists become the main targets.

Though it is safer than previous times, Rio remains in the top eight most dangerous cities due to its high drug and street crime. It is advised to be careful of robbery throughout the streets of Rio, especially at night. There are areas that should also be avoided, and tourists should ensure to get good advice from trusted locals where to visit and where to avoid.

The tourist areas, such as the beach are generally safe, though precautions should always be taken and keep a high level of common sense with you. It is not wise, especially if you are a foreigner that doesn’t speak the language, to show any valuables whilst in public. Cameras and wallets should be hidden.

A lot of tourists think that they could get by using Spanish in Brazil, however the main language used is Portuguese which is very different. It may be wise to learn a few words in Portuguese in case you might need it in a tricky situation or if you need help.

Iraq has been on the ‘no travel’ zone for Americans for a number of years already. It’s not surprising due to the war and political problems that this region has been going through in the last decade. Baghdad is the capital city and has around 6 million residents.The American influence in the region was supposed to calm the situation, however they are slowly being removed by the US government, which makes the stability situation unknown currently.

Baghdad is a dangerous city; bombings, shooting and high threat kidnapping are just a few of the violent crimes that the inhabitants have to deal with. There is high animosity towards foreigners and therefore any travel to the city is highly not encouraged. In more recent times the militant groups have appeared to have withdrawn from the city which has reduced some of the dangers that they brought with them.

The Iraqi army has regained control of most of the region though it is still a no go zone for tourists.

According to many sources, San Pedro Sula has the highest murder rate in the world. CNN even coined it the murder capital of the world. Out of 100,000, 169 are killed every year as a result of violent crime. With around 1.5 million residents, you can see why it is considered the most dangerous city in the world.

There is a high level of illegal arms dealing in the city, as well as drugs cartels and gang warfare. Worryingly, the 24 state prisons in Honduras are controlled by the inmates, just goes to show how powerful gangs in the region can be.Most of the crime in San Pedro Sula is run by organized groups that have a lot of influence in their own neighborhoods. They can prevent people entering and leaving the areas, making life miserable for its residents.

Honduras is the poorest country in Latin America, and is still suffering in its economy following Hurrican Mitch that devastated the area 17 years ago.

This is the second Mexican city on our list, after Acapulco. Ciudad Juarez is also considered one of the most dangerous cities in the word and it’s known for being a center for drug trafficking.

The police are often employed by gangs and turn a blind eye to a lot of the crimes that happen within the city. There is a high rate of female homicides in this city, also robbery related crimes, sexual assaults and human trafficking is also rife in the city. The police do very little in bringing the perpetrators to justice, and often crimes are left unpunished.

In more recent studies, it shows that the crime rate and murders have dropped to 122 per 100,000 people, however it is still an extremely dangerous place to visit and is not recommended for tourists.

Guatemala has a lot of tourist attractions, though its capital city is on this list for a reason. The country itself has been historically plagued with drug trafficking and dealing problems, which has caused much of the crime in the area. Carjacking and kidnapping is also not uncommon, and it is advised to be on high alert if you are visiting the city.

Some information centers recommend that if you want to visit Guatemala, it’s best to avoid the city altogether.There have been numerous reasons that could lead Guatemala to be on the most dangerous city in the world list, including military coups, territorial wars, leader assassinations and much more. Between 2008 – 2012 there were 24,021 murders alone throughout the country.

This is not a city you want to be travelling alone to if you can avoid it. Always make sure to keep your common sense with you in these types of cities and remember that you are a visitor and you should respect the culture and customs of the country you are in.

The third Mexican city on our list is not less dangerous than Ciudad Juarez or Acapulco. This city is Mexico’s industrial and economic centers, but with power comes crime.

Organized crime and drug related incidents are not reportedly prolific in this area. However, for every 100,000 residents, there are 87 murders – which makes this city still an extremely dangerous city to live in.

There have been some very violent murders happening in Torreon, including mass murders, decapitation and attacks on government officials. Overall, it might be best to stick to Cancun if you are considering a Mexican holiday.

This city is known as the most dangerous city in Brazil, even surpassing Rio De Janeiro. With 14 dangerous cities in Brazil, it must mean that Maceio has real reasons for being at the top of that list.

Per 100,000 citizens there are 79 homicides, which range from violent murders, mass killings, gang related crimes and drug problems. Though in some recent years there was a drop in the murder numbers, it appears that it has gone back on the increase with many youth murders in the city.

The sad fact is, Maceio is a very beautiful beach city that could have a thriving tourist economy. However, with the crime rate being so high, it is best to avoid this town if you don’t know any locals.