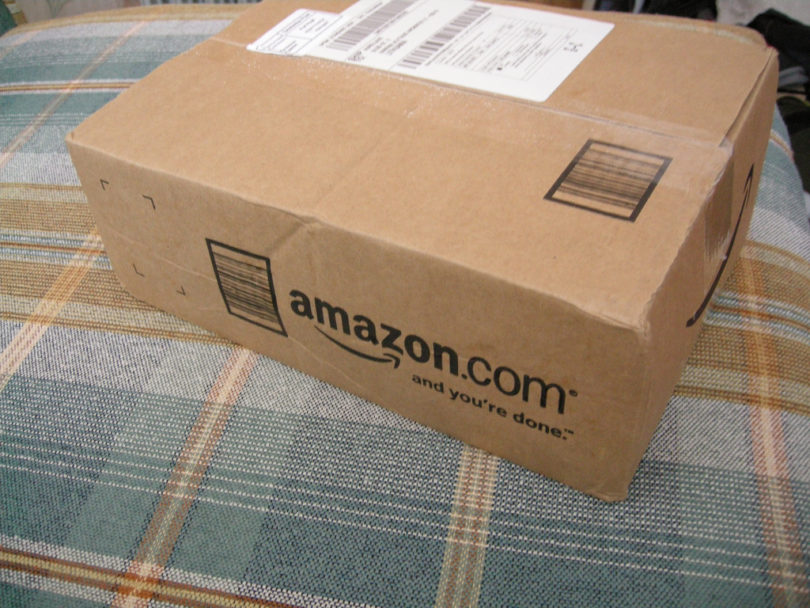 Amazon has taken a hold of the eCommerce world by the power cord, and has moved consumers from shopping venues of bricks, to convenience shopping with clicks. Headquartered in Seattle, Washington, Amazon is the largest internet-based retailer in the United States, and the company grows continuously as it ventures into new businesses.

Amazon is so well-known, that it’s likely that nearly every citizen in the United States has either purchased or received an item from this company.

However familiar you may be with Amazon, here are eight things you didn’t know about this behemoth.

Amazon was not always Amazon. The name came about because it had a good connotation, but especially because it began with the letter “A,” which gave it listing priority in the alphabet.

The connotation of the Amazon River was a good fit – the river is not only the largest in South America, but it also has the greatest flow and drainage of any river in the world.

Amazon began with the name “Cadabra.” Can you imagine getting a box labeled “Cadabra Kindle?” Neither could others. Founder Jeffrey Bezos found that people were prone to confusing the name with “cadaver,” which has far worse connotations for a company. He then changed the name to Amazon, and products have been flowing ever since.

Bezos has made such good use of algorithms in his Amazon company, that he has attracted the attention of police departments.

There’s nothing suspicious about the company’s algorithms; in fact, these algorithms are so good at predicting consumers’ next moves, that police departments are looking into applying similar algorithms to catch criminals who commit frequent crimes.

When you shop at Amazon, you’ve seen the phrase, “Customers who bought this item also bought. . . .” That’s part of the Amazon algorithm that allows the company to predict what other items you might be interested in purchasing.

This helps Amazon meet your needs, and based on your likely choices, they will be able to efficiently utilize their resources in meeting them.

It looks like this same analysis will assist law enforcement with accurate prediction as well.

Amazon began in the garage of Jeff Bezos. The idea for Amazon came to Bezos after he read a report that projected web commerce growth through the Internet at a mindboggling 2300%.

Trying to get his share of Internet commerce, Bezos produced a list of twenty products he thought could be easily marketed online, and then he narrowed down his list to five areas: books, compact discs, computer hardware and software, and videos. Books were the winning product because they were in demand worldwide, and they could be purchased low enough, and then resold for a profit.

Bezos used his garage in Seattle as his first headquarters as he launched Amazon into the Internet marketplace for books. Each time an order was placed, you could hear the ding of a brass bell. Today, the people working at Amazon don’t always ring a bell for each placed order. Too many orders come through to have that much ringing going on.

To this day, Bezos stays true to selling books. His company is at break-even on his Kindle Readers because he prefers to make his money on the digital content that goes with the readers.

You can continue to add content to the device, and Amazon continues to maintain consumer relationships with you while predicting your next purchases.

There’s another reason you won’t hear the bells ringing at Amazon after each placed order. Not only would the noise be relentless, but the employees wouldn’t get much else accomplished.

Are you one of the 50 million Prime Amazon Members? Amazon won’t share that information if you are. However, Amazon has revealed that Prime Members are likely to spend $1500 a year with Amazon, more than twice what a non-Prime Member spends.

Whether or not you’re are a Prime Member who gets free shipping as a loyalty reward, you are likely one of the consumers who contributed to the Christmas rush on last Cyber Monday, when shoppers ordered 36.8 million items.

Most companies with public holdings want to assure their stockholders that the ROI, return on investment, is there.

The goal for them is to ramp up quickly, and get profits back to the investors.

At the conception of his company, Bezos told his stockholders that they could expect slow growth for four or even five years; he wasn’t going to do anything to speed it up.

Many stockholders complained that they wouldn’t see quick results, but Bezos insisted that short-term growth would not allow them to fully explore diverse markets and respond to consumer demand. According to Bezos, Amazon Web Services, Amazon Prime and even Kindle would have never happened.

Patience was everything. If you purchased Amazon stock in 1997 when it was first available, you would have paid $1.50 per share.  Today that stock is worth $259 per share. Some things are worth the wait.

Amazon hires everything from virtual funnel managers who direct human resources to the actual pickers who zip through the warehouse to collect packages.

These Amazonians – the employee at Amazon – stay with the company for an average of fourteen months. For some the company is not a right fit. Amazon is organized on military principles. The workplace environment is highly competitive and tightly efficient. You will be a valued employee if your output and results are outstanding. You also must be willing to put in 10-12 hour days, or 60-hour work weeks.

The good news is that if you work in a “fulfillment center” like the one in Phoenix, you will get a lot of walking in – some employees have reported they walk up to eleven miles a day if they are a picker. All package collection for the pickers is based on an algorithm (of course!); even by using the quickest and most efficient routes, that’s a lot of walking!

Amazon does not allow employees to take their personal electronic devices, including cell phones, into the facilities so they cannot be swapped with other electronic products. You won’t have time to use your phone at work anyway, especially if you’re trying to fill hundreds of orders in less than an hour.

While you are up late at night ordering online, Amazon CEO Bezos is sleeping because he believes in getting his eight hours of sleep every night.

Who is Jeff Bezos, anyway?

Bezos is the brains behind Amazon, the one who not only put the company together from the days of working in his garage in Seattle, but also leading the organization today. Bezos is worth billions and he owns eighteen percent of Amazon’s stock, but his take-home salary is about $85,000 a year.

After a good night’s sleep, Bezos starts every day with breakfast and his family, both of which he believes critical in having a successful day. You won’t be able to schedule an early morning meeting with him; he refuses to work all the time, and early mornings intrude on his family time.

Bezos wasn’t always this way. His career began on Wall Street with D. E. Shaw & Company, a hedge funds company, and he used to keep a sleeping bag in his office so he could take naps when the days were long and the stress was high.

Today Bezos continues to look toward new businesses and is moving Amazon into position to enter the movie industry. And you can still hear him at the Amazon offices, yelling at people.

There was a rumor that Amazon had plans to expand beyond clicks and enter the realm of bricks by opening its first physical store.

Hopeful shoppers thought the store might be open in time for them to take care of all their Christmas needs. The location would be especially convenient, considering it is between Macy’s and the Empire State Building. Sadly there will be no Amazon store.

Amazon does, however, have a seventeen-year lease on 7 West 34th Street. The real plan is to have a mini-warehouse for pick-ups and returns. Amazon traditionally operates large building warehouses in rural areas.

A mini-warehouse for returns could be handy if you’re ever in midtown Manhattan!

A simple idea that became a giant retailer – that’s the story of Amazon. And now you know eight more interesting facts about the company that pushes hard to invent, overachieve and produce results. You can expect the Amazonians to continue making a difference in everything they do, including new endeavors.