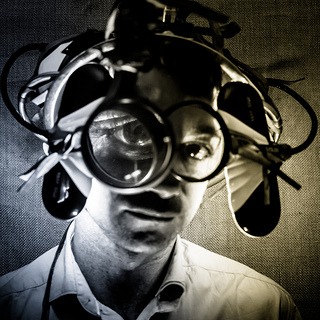 Science fiction films are one of the most difficult genres to get right in cinematography. When it’s done right, it’s a thrilling experience that takes you out of this world. When it’s done wrong, it is not just weird or embarrassing, it’s frankly bad.

Most sci-fi fans are masters at recognizing botched special effects, bad screenplay and cheap puppets disguised as monsters. This makes the sci-fi genre a hard egg to crack.

If you’re looking for something to watch on a Friday night, you might want to avoid these sci-fi flops, but some of these nightmare movies are worth watching for the comedic value. Grab your space helmets, you might need it for this list.

This 90’s gem of a bad sci-fi film is the cross between superhero and super boring. Set in a futuristic world that George Orwell would’ve been embarrassed by, with a stinking rich Hollywood budget and an award winning lead actor, this film was aiming for the stars.

There were a lot of expectations from our favorite boxer, Sylvester Stallone, however his role in this film leaves you feeling quite ‘dreadful’ (yes, the pun is intended). Well you can’t just blame the lead actor because behind every bad scene is a bad script.

The script is pot-holed with cheesy lines, silly story twists and uninspired tech warfare props that make you wonder how this film. Stallone’s pinnacle line, ‘I am the law’, might have just turned this film from bad to hilariously bad, which makes this film worth watching for its comical streak.

Just wait for when Dredd takes his mask off. It’s one of those, ‘did that just happen’ moments.

When there are genetically altered scorpions on an airplane, you know that the crash and burn is coming. This low budget film shows you what happens when you combine a sci-fi movie with charter flights across the pacific.

The story follows passengers on a plane battling with awakened scorpions that are being smuggled by an on board biochemist and her team for the purpose of vaccination. Don’t be fooled to think this is a spoof movie, it really was directed at the serious sci-fi fans.

However, as a sci-fi fan it will leave you wondering what the definition of sci-fi is to some directors.

We all know that with a good script, creatures on a plane can lead to a Hollywood blockbuster, but this film and its foam puppet scorpions are far from the bang it meant to leave.

You would think with a star studded cast like Anthony Hopkins and Mick Jagger you have a recipe for sci-fi success. The main reason people came to see this film in the 90’s was to watch Mick in action, but were not surprisingly disappointed. Mick Jagger can normally make anything cool, his swagger just didn’t hit the spot in this movie.

The plot focuses on a race car driver snatched into time travel seconds before a fatal disaster, and sees him pit his wits at survival and winning back his fiancé 15 years in the future. Anthony Hopkins does exceptionally well to keep his head above water with his limited character, though his skills are off set by his more immature co actors.

The funniest part of this film is that it’s based in 2009, which makes you realize that the future you imagine is potentially going to be a little less boring than you think.

There is a spaceship and Dracula is on board. This sci-fi film set in the year 3000, and though the story line is intriguing, the poor atmosphere leads to a poor execution.

No well-known actors, a limited budget and a confused story line leaves your blood nothing short of cold. The usual gore, action and nudity of many sci-fi films is sadly left out, instead you are in a 1970’s cheap gangster film that attempts to make up for its lack of screenplay with bad dialogue.

Great for any B-movie lovers who can appreciate the corny side of sci-fi, so watching it with a friend can lead to an entertaining evening. For a small budget film, you could do worse.

Whoever loved the ET phenomenon will be drastically disappointed by Nukie, the poorer cousin of the extraterrestrial films.

It definitely appears to be an ET rehash set in the African savannah with some footage staged in Germany. The film follows two alien brothers stranded on Earth, who are looking for each other. One lands in Africa, one in the United States. Could this have inspired Parent trap? During the film, they encounter the best of humanity, including talking chimpanzees, nuns and astronauts.

What makes this film so bad is that the special effects are surpassed by films made 30 years previously and its story line focuses on suffering. It is definitely not kid friendly.

Interestingly, the script had 7 editors, which goes to show that number of heads doesn’t equal Hollywood greatness.

Though this movie is meant to be comical, it’s funny for all the wrong reasons. After a $100 million dollar budget, world class actors (Eddie Murphy, Rosario Dawson, Randy Quaid, and John Cleese) and a purple space suite, Adventures of Pluto Nash only grossed a meager $135,000.

There are some excellent cameos appearing in the film, including John Cleese, Alec Baldwin and Pam Grier. The greatness of some of these actors makes the film watchable, so don’t shelve it just yet. Apart from seeing the actors hoisted by strings, the Eddie Murphy’s serious side, and the cringing character of Randy Quaid, there is some excellent talent in the movie.

Though a bad sign for any sci-fi movie is when it is shelved for two years before it’s even released.

This oldie is certainly not a classic in the sense of the word. Based in a new planet in our solar system, two couples are faced with a giant iguana species, imitating the ferocious Tyrannosaurus Rex.

The latter sentence explains why this film ended up on our list. Not only is the film narrated, half of it is just stock footage shots so actually the length of the spoken movie is only 32 minutes long.

Don’t expect too much from the actual screenplay either, the solution for victory appears to be nuclear warfare. On the bright side, this movie gets credit for its pure goofiness and optimism.

In what other film from what other decade can you forgive this line: “I brought the Atomic Bomb. I think this would be a good time to use it!”

As the highest rated IMDb film in our list, The Island of Dr Moreau has some extra potential that might make you want to grab a bag of popcorn and head for the couch.

Being based on the genius HG Wells, this film had high expectations. However, early warning signs of a sci-fi movie going bad is when the script is worked on for four years.

It’s not all bad, the opening scene and some strong acting from some of the actors might have saved this film from oblivion and onto this list and to some open minded peoples TV screens.

Following the theme of being stranded on islands, a hot air balloon crew discovers Dr Frankenstein’s ancestor carrying on his work. Not only do you see what Frankenstein’s grandchild looks like, the film also adds multiple mutants and an Amazonian inhabitants to its cast list.

Though it comes nowhere near sci-fi greatness, however it’s unusually amusing to those who love a bit of goofy madness in their films. One of the big questions of the movie is why is there a suburban living room in the middle of a deserted island? And where did the pink lunchbox come from?

Frankenstein is normally a favorite among sci – fi and horror addicts, however this one goes one step too far. Though there are much worse films that could end up on your TV screens, at least this one will make you laugh.