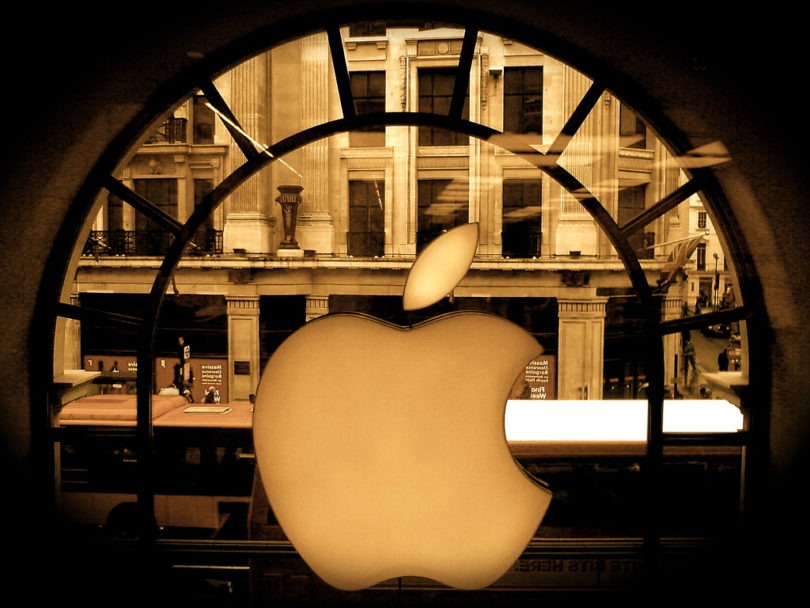 One of America’s biggest success stories is on the cusp of its 40th birthday. Back in 1976, three young guys, an idea and a garage started a small company that in 2011 reported to have a higher bank balance than the US treasury. What started out as dreams that rock bands are made of, has become one of the largest business empires on the planet.

There are dozens of eyebrow-raising events in Apple’s history. One of the original 3, Ronald Wayne, bowed out of the up-and-coming company after just a few months. His buddies, Steve Wozniak and Steven Jobs gave him a whopping $800 for his shares which CNN reported would have been worth $22 billion in 2012. Whoops. Yet, that is one of the wider known facts about the electronics giant. There are even more interesting moments in its history that you probably have no idea of.

Most assume that Wayne had little to do with the early development of Apple, as he left the company only two weeks after the partnership agreement he penned had been signed.

His reason for leaving? He did not like the concept of being personally responsible for any debt that Jobs or Wozniak may have incurred.

According to Wayne, he first met Jobs while working together at video game company Atari and was asked to help in mediating differences between the two Steves. This led to other small tasks and 10% of the company to help with any other disputes that may have come up. Having had bad luck in the past, he quickly regretted taking on those shares and sold them back.

Although limited by comparison, he did have a small role in the company we know today. Wayne was the illustrator of the first Apple logo, and the bitten apple we know today was not Wayne’s first design. His first was “too cerebral” according to Jobs and depicted Sir Isaac Newton leaning against an apple tree.

The illustration was accompanied by a portion of a William Wordsworth poem: “Newton… A mind forever voyaging through strange seas of thought…alone”. That would never fit on the back of an iPhone.

Speaking Of The iPhone

Although this is a company whose success is based on a computer invented during the 1970’s, the majority of the $65 billion it generates each year comes from products invented in the last 15 years.

This includes iPods, iPads, iTunes and of course the widely popular iPhone. Sales of the iPhone continue to break its own records. Back in 2009 the world watched in amazement as 40 million iPhones were sold. In the 90 days preceding the 2014 Christmas season, sales of the iPhone exceeded 74 million.

That is 34,000 iPhones being sold by the hour, making the previous record of 51 million only 12 months earlier seem paltry in comparison.

Although Apple computers still remain a popular item for consumers, the revenue generated from sales of them, is less than half of what the company is making from its handheld devices and iTunes.

The introduction of iTunes was met with some controversy. This goes back to 1978, and the first time the Beatles’ record company took Apple to court over trademark infringement.

This was over the use of the name Apple, as the Beatles had their own Apple Corp. The suit was settled, with the promise that Apple Computer would never enter the music industry. Whoops again. The Beatles and Apple eventually settled their disagreements and today the iPod and iTunes make up two thirds of all music sales around the world.

You have to love the irony, as well as the fact that over $4 billion generated by sales at the iTunes store in 2010.

Apple’s founding father Steve Jobs, was fired from his own company in 1985 after the board decided he was an out of control zealot whose ideas were inconceivable.

He showed them by founding NeXT that same year, whose platform is the basis for the OS X operating system. Apple floundered around not doing much for a decade, until on the brink of bankruptcy they purchased NeXT and brought back Jobs. Once back at the helm of Apple, Steve Jobs was able to increase stock by 1.3%, triple annual sales and double the Mac’s market share.

All of this occurred before he even showed his Apple naysayers the wonders that an iPhone could bring to the company.

Apple flourished under Jobs’ thumb, creating concepts that other similar companies scramble to emulate. There is no doubt that Jobs was a visionary, despite Wozniak’s comments that implied that he didn’t know much about electronics.

Jobs’ partner for years, Steve Wozniak is credited with most of the design for the first two Apple Computers. Jobs sold his VW van and Wozniak a Hewlett-Packard scientific calculator in order to complete creation of the first prototype.

An early computer store- Byte Shop – sold more than 200 units to a world where the technology was still not much more than a dream.

Today, this archaic computer is a collector’s item, worth close to $50,000 today. Apple I was quickly followed by Apple II in 1977, and the world was changed forever.

In terms of technology, Apple II blew its little brother out of the water.

Designed to look like a new fangled kitchen appliance, rather than a high tech gadget, it was easily marketed to the masses as opposed to the techies who had obsessed over its predecessor. In terms of production, the Apple II has one of the longest series in computer history at over 16 years.

Its marketing strategy was in high volume sales to schools around the world.

Even after the release of the Apple Macintosh in 1984, Apple II still remained the primary generator of revenue almost up until its 1993 discontinuance.

The Macintosh celebrated its 30th birthday in 2014, and is still hailed as being the first computer to really show the world what the technology is capable of.

At its initial unveiling in the Flint Center at DeAnza College, audience members were mesmerized as the word Macintosh scrolled across the screen. The theme song to Chariots of Fire played in the background, as investors in the Apple brand were treated to a first look at what Jobs’ and his teams had been working on for the last two years.

The first versions were still large in comparison to today, weighing in at 22 pounds with a price tag of $2,495.

That’s a big difference in what we expect from a Macintosh laptop sold today.

Macintosh released its first “portable” computer in 1989. At 15.8 pounds, portability was not much of a selling point for the Macintosh Portable, and the PC was criticized for being very slow.

At this point, people were expecting much more when laying down $6,500 for a computer. Luckily the mistakes were realized quickly, and by 1991 the PowerBook 100 was introduced, weighing in at just 5 pounds.

Still not impressed by the small size, Jobs’ kept going back to the drawing board until the 2008 release of the MacBook Air.

This continued drive to better itself, is what has always kept Apple one step ahead of their competitors.

Speaking of the Competition

Apple entered the great computer race at a time when IBM was the biggest name in the Biz. After pushing pretty much every other company to the side, it was basically just these two giants left in 1984.

Apple sent a clear message about its intent to take over the industry with an ad campaign for the new Macintosh alluding to IBM being the Big Brother that George Orwell warns about in his novel “1984”. Due to the numerous products being produced by Apple today, its competitors come from a number of different industries. In software, it would be Microsoft, but in 2009, they couldn’t hold a candle to Apple.

Spending $8.7 billion on R&D and $17 on sales and marketing Microsoft still showed smaller sales and growth than Apple who had only spent a combined total of $7.2 billion.

Apple is proof that a dream and the shirt off of your back can move mountains. The fastest fortune 500 company ever reported, Apple has an uncanny way of knowing what the consumer is going to want, way before anyone else does.