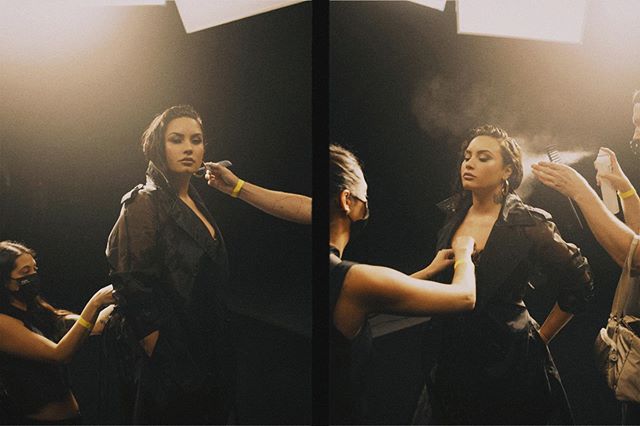 We have all watched Cruel Intentions, the infamous movie that every teenager watches the first chance they get. For some, it has a completely different impact. For instance, let’s take a look at Demi Lovato who states that this movie was the one that ignited the fire when she saw Selma Blair and Sarah Michelle Gellar kiss. There are a lot of feelings attached to this movie for Demi, so let’s see when was the exact moment that she realized she was queer.

The Moment She Realized She Was Queer

During a show with Tan France, Demi cleared out when exactly she started feeling like she was queer. She explained how she was watching the movie, Cruel Intentions, way before she should have. She was young, and her age didn’t permit her to watch this movie, but she did. Who can blame her though?

So as she watched the movie, a lot of feelings erupted for her. But it wasn’t until she saw the kiss between Selma and Sarah that she believed that she was queer. The second she saw this, she wanted to try it out herself. This is what she told Tan France.

Ever since she believes that this is something for her, this is her orientation. Once she saw that scene on the lawn, she liked it and believed that she wanted to try it herself. She goes on to say this is all the tea there is about her being queer.

She also confessed that she was only 17 when this happened. So, she has been feeling this for a long while now. This brings us to a confusing situation. What about all those songs that she wrong for what we all assumed were boys? Demi clarifies that she also wrote for women.

Here’s another fun fact about Demi, she wrote songs for women rather than men. Now, after reading this, we understand how accurately all her songs fit now. While we still aren’t sure of who she is talking about in her songs, she still gets to express herself in a way that is true to her.

This is also what she said on the show. Music is a way to express what she feels, and she could easily talk about women and her sentiments attached to them in a way that others wouldn’t understand, but she would also, at the same time express herself how she wanted to. It was a smart way to get all the pent up feelings out.

Demi further went on to say that all of her songs were from her personal experience. One of the main Demi Lovato songs, “Cool For The Summer” was a hit. Now we get to know that this was about identifying as a lesbian. While she didn’t confirm the statement, she also didn’t deny it. So, we’re left to our imagination as to what it could be interpreted as. All of these details were talked about on the Facebook Watch special, Coming Out 2020.