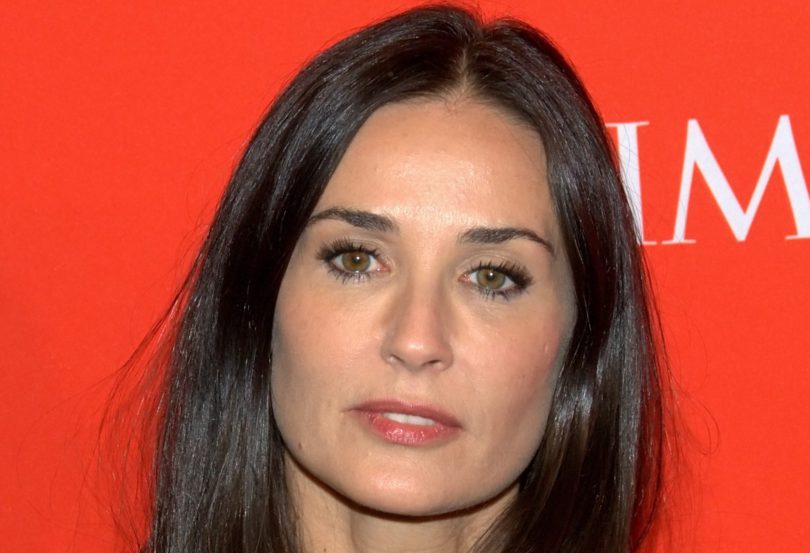 Being a great star is not always about glamor. In fact, many stars ended up with huge problems and Demi Moore is definitely one of them. She recently revealed that she was raped in her own home at the age of 15. The man in question claimed that he paid her mother $500.
Great Demi Moore stories about her life
This is only one of the many stories that Demi Moore shared in her memoir. The interesting thing here is that the mother agreed to this and she received the paycheck. She felt betrayed and devastated because her mother did that to her. At that time her mother was an alcoholic, and she even took Demi Moore to bars so men will be able to see her. Unfortunately for Demi Moore, her mother ended up dying in 1998.
While she doesn’t believe her mother actually did that, she does know that the mother left him enter their home and offered access to her room. So that on its own is a betrayal and something that should have never happened.
Apparently Demi Moore dedicated her book specifically to her mother and the daughters that she had with Bruce Willis. The thing to notice from the memoir is that her mother actually tried suicide when Demi Moore was 12. It was her that saved her mother, so they had quite a lot of issues at that time. She was digging pills out of her mother’s mouth. That’s the type of experience that will scare anyone especially a child that’s really young.
Substance abuse stories
Demi Moore also shares her battles with substance abuse in this story. It says how she went to rehab for alcohol addiction and drug addiction during the middle of the 80s. She tells how her marriage with Ashton Kutcher broke down, the children didn’t speak to her anymore and she ended up at 102 pounds. That’s when her life started to rewind and she realized that she needed to do something otherwise it will be way too late.
Thankfully things turned around for Demi Moore and you can see in her own memoirs right now that she had a very challenging and difficult life. But these things happen, whether we like it or not, and at the end of the day the only thing that you can do is to just move on and bring in all kinds of methods to move on.
Demi Moore is not the only Hollywood star with a story like this. It shows that in order to reach greatness, you will have all types of problems in your life. It all comes down to you and how you choose to tackle them. Demi Moore’s memoirs do a very good job at documenting her life and there’s a lot to learn from all of this. It’s challenging, but then again it does bring in front some unique things no one really knew about her and her life!