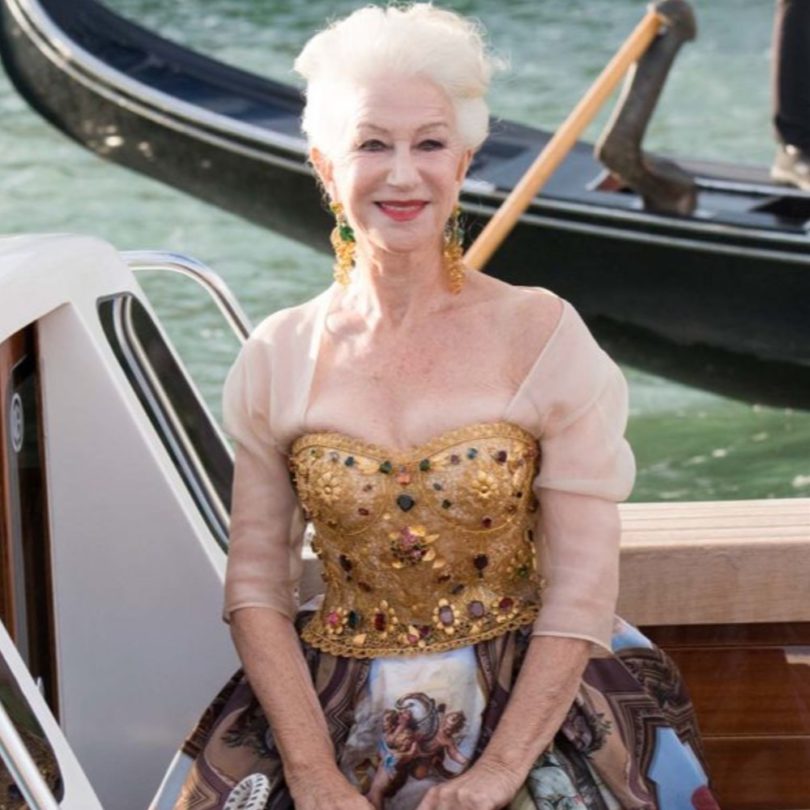 Helen Mirren Is Beautiful and Elegant. She is one of the most famous movie stars in the world. Each time she enters a room, heads turn to keep watching her. She is this tall, beautiful woman with white hair and an elegant dress code. From the moment you look at her, you know she’s somebody important.

Helen Mirren (now Dame Helen Mirren) was born in 1945 in Surrey, Great Britain. She started working at a very young age and at around the age of 20 she became part of the Royal Shakespeare Company which quickly led her into television and movies roles that showcased her brilliant acting skills

Not only does Mirren have the looks but also the talent to play any role given to her on TV or movies screens all over the world. She even played Elizabeth I in the award-winning movie “The Queen”.

She is always in the limelight but a few weeks back she was being talked about because of her role in the Fast and the Furious franchise and for the coming ensemble cast movie Sniff 2022 alongside Al Pacino, Morgan Freeman and Danny DeVito. Now she is being talked about because of her style at the Dolce & Gabbana Alta Moda Show which took place in Venice.

She arrived at the event in a water taxi. Talk about making an entrance. Helen Mirren is so good that she made arriving by a water taxi cool. She is the queen of elegance and style, she looked amazing at the event with some quality accessories and a classy golden-ish dress code that made her look absolutely stunning.

Helen Mirren is an example to follow when it comes to what you wear or how your daily look should be. She wears dresses, pants, scarves, gowns – anything really because she knows exactly how to give herself a touch of class even if she’s wearing the simplest of clothes. The secret is all about confidence and good taste for sure!  This time she was wearing a dress that was perfect for the event. Other young and stylish celebrities were also at the event however the 76 y. o. queen of elegance stood out of the crowd.

Previously she wore a stunning yellow gown at the Cannes Film Festival in July of this year and people loved her for that. It feels like yellow and golden are her colors but then again it’s Helen Mirren; she makes every color look good and elegant. She isn’t just known for her acting skills and her witty humor, she is also known for her classy dresses and unique entrances so her fans expected that she would make a great entrance and dress very classy for the event.