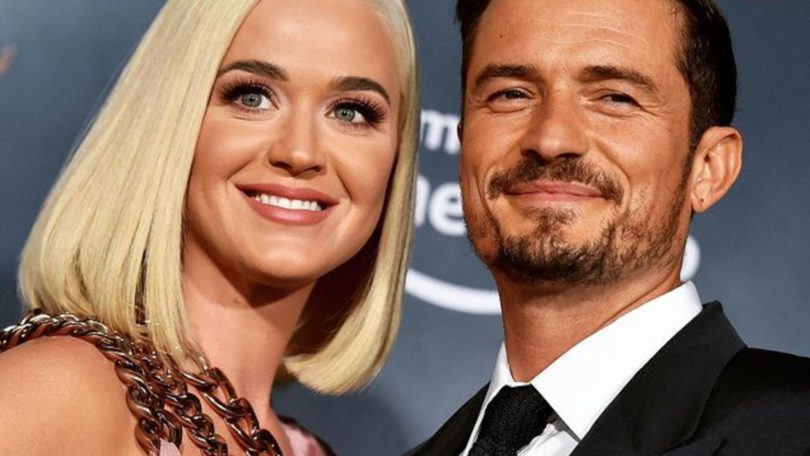 Becoming a mom hasn’t stopped pop-star Katy Perry from attempting to shock fans with her complete transparency and uninhibited style. Katy Perry is getting real as a mom and has no intention of hiding her post-partum mommy body or the undergarments needed for her to pursue a mommy hood without forfeiting stardom. During the Sunday, March 14 episode of American Idol, she showed off her nursing bra for all to see. It was a nude-colored undergarment that she had hidden under her very chic two-piece Christian Siriano cow-printed attire that featured puffy sleeves. She topped it all off with a wide-brimmed hat which draws attention upward.

Katy Perry, born Katheryn Elizabeth Hudson, entered the American music scene as a songwriter, singer, and now television music judge, after spending her childhood singing in church. She had pursued gospel music, but ventured into secular music when she signed a Capitol Records contract in 2007. Her first well-known song was a drastic contrast to her gospel background as she burst onto the main stage creating a stir from the start with her song, One of the Boys. She also shocked audiences with her Number One song, Kissed a Girl”.

In 2018, she was signed as a judge on American Idol. The following year, she and Orlando Bloom became engaged after dating since 2016. Orlando Bloom is an English actor who became known through his role as Legolas in The Lord of the Rings film series and Pirates of the Caribbean film series. He was previously married to Miranda Kerr and once dated Kate Bosworth. He and former wife, Australian supermodel Miranda Kerr, share a son together who was born in 2011.

Katy had talked about her dress with the built-in nursing bra a few months ago, in October, 2020. But, no one anticipated that she would be showing it off with a full display on the show. She revealed her special baby-feeding garment on social media with a post that she captioned, “MUTHA MILKS is back to werk.” She added a shout out to the designer for the incredible custom “costume”.

She has temporarily traded in her flashy fashion for practicality of knowing that she would need to take breaks for breastfeeding her six-month-old baby girl, Daisy Dove Bloom who was born August 27, 2020. She and Orlando Bloom co-parent the little one. She is nursing the infant, so she had her outfit custom designed to feature an easy-access zipper panel to easily allow her to feed her baby while continuing to be featured as a celebrity judge on American Idol.

As Katy Perry was the center of attention as she flaunted her mommy outfit’s undergarment, her co-stars were not far behind with a stunt of their own. She showed off her hidden mommy attire for the world to share in her post-partum, real-life feeding duty. She also gave kudos to her American Idol co-stars for being so great and supportive of her desires to nurse her baby. Meanwhile, the panel of 71-year-old Lionel, 46-year-old Ryan Seacrest, and 44-year-old Luke Bryan decided to show their support by carrying baby dolls and diaper bags strapped to their chests.