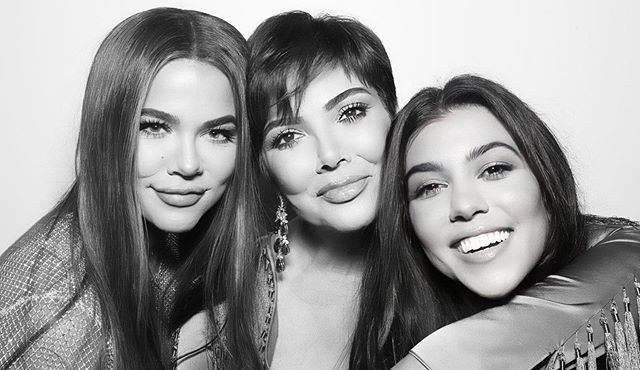 The Internet has been set ablaze by rumors of what Khloe Kardashian has done to her appearance. The latest social media posts by the reality television star have stirred up more controversy than anything she has done as of late. It’s safe to say that the public is not only amused by her new appearance, but they are astonished by it as well. She does not look like herself, and the transformation and to who she is now has been startling. Anyone who sees her today when not recognize who she is if she didn’t have the famous name behind her.

On May 22, Khloe Kardashian posted a new picture of herself on Instagram. The new picture looked like nothing anyone has ever seen before. Some even said that the image didn’t work like her at all. It’s strange how one picture can have such an impact. The entire Internet was talking about one simple photograph posted to an account with millions of followers. The surprising thing is that the reality star has been in the news for many years and has never sparked this type of interest before.

What does Khloe Kardashian have to say about her new appearance?

It seems that Khloe Kardashian is no stranger to sarcasm since she had responded to the massive amount of hysteria by saying that she gets a weekly face transplant. It’s quite obvious that she must be speaking sarcastically because no person can get a face transplant every week. However, she did not address the allegations of plastic surgery. Everyone can see that something is different about her face, and it’s hard to know exactly what’s going on. It would be easy to say that she has had plastic surgery, but it is impossible to know for sure. The Kardashian family is no stranger to plastic surgery, so it would not be out of the question for her to have done something to her face.

Man this heat wave is intense!! Isn’t it October??? Lex, This ones for you 😉

Could it be a Photoshop ruse to get attention?

Here is a thought that very few people seem to have entertained, but it is a possibility. No one knows how to gin up attention like the Kardashians. Could it be that she has done nothing to her face but hired someone to Photoshop her appearance to make it look outrageous? It’s entirely possible that she could have had someone alter an image to make it work drastically different. Why would she do something like this? Well, just think about all of the tension she has gotten from that one picture. Khloe Kardashian has received millions of dollars worth of press, and she is being talked about on every website on the Internet, it seems. She has received so much publicity from that one picture that it is entirely possible that she did this on purpose. Some people believe that there is no such thing as bad publicity, and there is no doubt that if anyone could profit off of getting her name out, she is one of the few people who can do it.