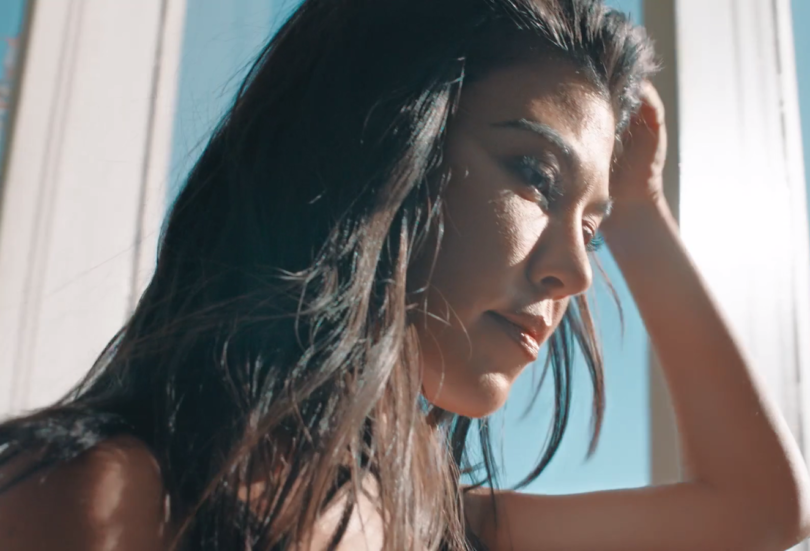 Kourtney Kardashian is a famous mom, daughter, and reality TV star. Just having the Kardashian name makes a person famous these days. With fame comes quite a bit of drama as anyone familiar with anything in the Kardashian family knows. No one is better at staying ever-present in the media than the Kardashian’s. There doesn’t seem to be a day go by where one of them is doing something to keep the family name in the business. No other group of people gets more free publicity than they do, and these are people who know how to milk it for all its worth.

Kourtney Kardashian is known for posting all kinds of pictures

No one would ever say that Kourtney Kardashian has a shy bone in her body. The world has seen almost every square inch on her body. It’s safe to say that if you’re a fan of this internet superstar, you’ve probably seen her at every angle. It’s hard to miss all the pictures that she puts on the internet. You’ve probably also noticed plenty of comments from people all over the world when she posts photos. Fans and those who questionable intent all hop on the wagon as soon as she posts new content.

Kourtney goes off on people who say she’s gained weight

Fat shaming is a pastime for many people on the internet. It’s like they have nothing better to do than make sure someone knows they aren’t 100% ideal in their mind. Kourtney has recently posted to her Instagram pictures that many think are fabulous. A handful of people seem to think otherwise, and they’ve made their opinion known. For one reason or another, these people have taken it upon themselves to judge the bodies of almost everyone out there. There’s just one difference when fooling around with this Kardashian, and it’s that she doesn’t take this sort of thing lying down.

Kourtney Kardashian isn’t going to allow anyone to walk all over her. Has she put on a few pounds? Yes, she has. Who hasn’t with the quarantine going on? How can anyone sit at home and not gain weight? You can’t go to the gym, hit the beach, or do any of the fat burning activities you’re accustomed to. Kourtney, like many others, has gained weight. It’s not like she decided to plump up now for whatever reason. The quarantine has had an impact on everyone’s lives, and it’s not just the need for a haircut that many are dealing with.

Kourtney is an example that we all can live by

Every day people are afraid to post pictures of themselves online for fear of fat-shaming. Kourtney needs to be acknowledged for the courage she extrudes when standing up to these fools. No one deserves the right to embarrass others in public. Kourtney is fully aware of the bully pulpit that she’s standing upon. Hopefully, her actions will lead to others standing up and making sure that the fat shamers and all the other idiots think twice before they hit their keyboards.