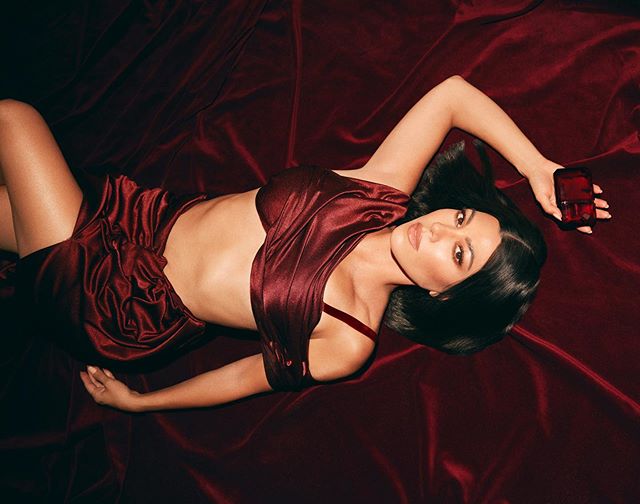 It seems that every time you turn around, Kourtney Kardashian is in the news for something. Her famous family can’t seem to keep themselves out of the headlines. This time, it’s all about her hair. Well, we’ll get around to that in a little bit. The hairdo she has on the cover of the magazine is a throwback to hairstyles of the past. Anyone who sees what she’s rocking here will immediately be taken back to simpler times when the straight look was in style.

The simplicity of the bob cut is where the action is

What most people seem to overlook at Kourtney Kardashian’s choice of hairstyle is how simple it is. Few can pull off a bob as she can, but it’s still a fairly simple hairdo. It’s one of those hairstyles that you don’t need to spend all day in front of the mirror fixing. A quick run of a comb through her hair is all it takes to make her look presentable. A little makeup on her face such as lipstick or eye shadow, and she’s good to go. It’s not easy to do what she did here, but it’s far less complicated than sitting in front of the mirror with a curling iron.

Could Kourtney Kardashian be wearing a wig of the cover of Vogue?

Wondering if she’s wearing a wig is a fair question. No one has publically stated if Kourtney is wearing a wig or not. It’s not out of the realm of possibilities that she could be wearing a wig. A likely scenario is that she’s wearing a wig made out of real human hair. It isn’t unheard of for people to wear wigs when posing for the covers of magazines. There has been no official statement on her current hairstyle, and that might make some people believe that it’s a wig. Take a good look at her latest hairstyle and see what you think. Do you think it’s her hair or a wig?

It is an honor @voguearabia to be on your July/August cover! This issue is dedicated to the power of following your instincts and what makes you happy, which is why I wrote the cover lines myself, the power of reclaiming yourself. Editor-in-Chief: @mrarnaut Photography: @arvedphoto Style: @grahamcruz.studio Makeup: @miyakemakeup Hair: @andrewfitzsimons Digital Art: @suzanne_tak Words: @alexandravenison

The only way to know for certain if Kourtney is wearing a wig or not is by paying close attention to her. The next time you see her out in public, pay attention to what she looks like. Is she still supporting the bob? If so, chances are pretty high that it’s her actual hair and not a wig. Though, it’s not unheard of for the Kardashian to flip through hairstyles as if they are pages in a calendar. No one would think anything of it if Kourtney did have a bob here, and a week later decided to go with an entirely different style.

Yesterday’s style is coming back in a big way

Anyone who thinks that the bob is an outdated hairstyle hasn’t seen how Kourtney Kardashian supports it. She makes the hairdo look as new and fashionable as anyone can. The hairdo fits her face perfectly, and it contours the shape of her chin. Hopefully, if it is a wig, Kourtney will consider keeping the hairstyle since it looks fabulous on her.