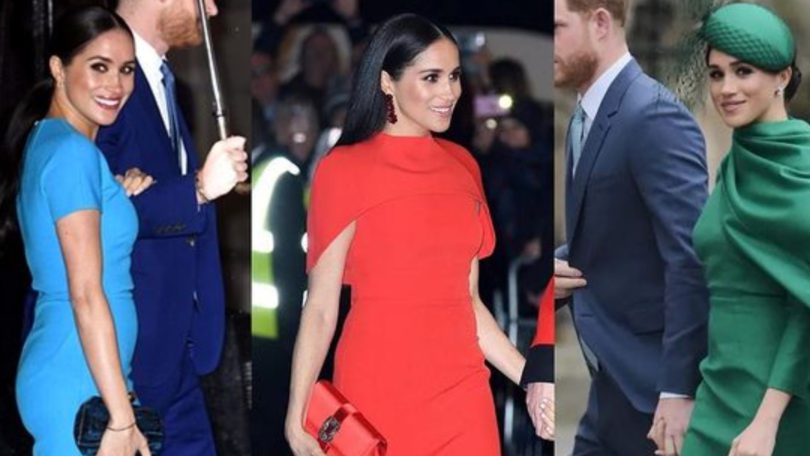 The recently released Britney Spears documentary has once again reminded all of us how ruthless the press and media can be in pursuit of a sensation. The singer was in a real siege of the paparazzi; she was chased, laughed at until she completely broke down under this pressure, while the cameras coldly recorded her nervous breakdowns. Well, the public only eagerly devoured scandalous photos and headlines. Princess Diana also fell victim to a similar hunt. The paparazzi did not leave her for a second, but another chase of photographers in Paris ended tragically — Princess Diana got into a fatal accident. These two incidents are perhaps the most egregious examples of how famous women have been virtually wiped out by the media. But Britney and Diana were far from the only ones or even the first on this sad list. In this article, we have listed six other stories about how journalists cornered celebrities.

1. Meghan Markle
Prince Harry and Meghan Markle said the attacks by the media were one of the major reasons they exited the royal family and left the UK. Even when Megan was on official status as the Duchess of Sussex, many noticed that she was criticised for what Kate Middleton was praised for. Megan was constantly reproached in the press for breaking traditions, insincerity, pretence and a desire to draw attention to herself. Father Markle regularly added fuel to the fire, giving interviews to reporters about the past life of his famous daughter. Megan’s patience ran out as she fought the tabloids by suing the Mail On Sunday. She won the confidentiality case. Now, the conflict with the British press will come to a new circle. After Meghan and Prince Harry’s interview with Oprah Winfrey, The Times wrote, the Duchess bullied her assistants.

2. Megan Fox
Actress Megan Fox also had to face prejudice. Only recently, the star began talking frankly about how she felt when she was presented in Hollywood only as a sex symbol.

Producers and directors supported this image and were also eagerly relished by the press. Other roles of Fox in the media were met with criticism. She also faced negative reviews when she publicly criticized director Michael Bay’s working methods. As a result, Fox was fired from the Transformers franchise, and the actress did not find support from the press and media, and her complaints were not taken seriously. “People saw negativity in me, they thought I had bad intentions, that I was superficial and selfish” — commented Megan recently.

3. Courtney Love
Courtney Love is living proof of how differently the public interprets the same qualities, depending on whether they are attributed to a man or a woman. Men may be hectic rock stars, but women are not. Where her husband Kurt Cobain has been praised for his underground and self-absorbed rocker image, Love has been named vulgar and unpleasant with a complex personality. Cobain’s music was revered, and many looked at Courtney’s work with some contempt and explained her success only because she was a partner of the great Kurt Cobain. After the suicide of the rocker, the press shamelessly accused Courtney of being the reason for his death and even hired a hitman.

4. Amy Winehouse
She was named one of the most talented and soulful singers in recent decades, and her voice was unique, but at some point, the public became much more interested in Amy’s dramas than her work. The paparazzi were constantly on duty at the Winehouse house, recording every appearance of the singer on the street, even if she was just taking out the trash.

Bulimia, alcohol and drug problems, difficult personal life and a failed marriage with Blake Fielder-Civil were all scrutinized in the press, while Amy’s photos became increasingly frightening. But no one paid attention to the singer’s deteriorating condition, and her public nervous breakdowns seemed not to be taken seriously.

5. Janet Jackson
What happened to Janet Jackson in 2004 seems completely absurd. We talk about the scandalous Super Bowl performance in which Justin Timberlake ripped off part of her bra, exposing her breasts for a split-second in front of an audience of 143 million viewers. And in the end, she was made guilty!

Janet was banned from performing and even appearing at the Grammy ceremony (meanwhile Timberlake received two awards then), and MTV blacklisted her singles and music videos. MTV CEO Tom Freston said it was Jackson’s fault. Not only was she a victim of sexism, but she was also shamed for it.

6. Jessica Simpson
When Jessica was 14, she was advised to lose weight, which eventually led to an unhealthy relationship with food and eating disorders, extreme diets and diet pills for about 20 years.

She and Nick Lachey, whom she dated (and then married him), were also asked at every public appearance about their sex life or lack of it. After that, Jessica was often accused of simply annoying everyone with this topic. Her managers also exploited the image of “a sexy virgin.” At the peak of her popularity, Simpson and Lachey starred in a reality show dedicated to their private life.